Patheos Explore the world's faith through different perspectives on religion and spirituality! Patheos has the views of the prevalent religions and spiritualities of the world.
I wrote the original version of this post when Barak Obama had just been elected. Sadly, it remains true, and with even greater urgency.

My relatives are an eclectic bunch, pretty evenly split — to use crude and somewhat useless political labels — between Left and Right — some who think Democrats are socialists, and others who are disappointed because they aren’t progressive enough. Our religious diversity includes Mormons, Lutherans, Episcopalians, Evangelicals, Catholics and a few who are unaffiliated. Widen that circle to incorporate surrogate family and friends-who-are-like-family and you add Presbyterians, Jews, Atheists, Pagans, Spiritualists and Buddhists. Millions of other families this time of year are in similar situations. As we gather around our family table or share letters and cards this holiday season, can we put aside our passionate differences for a few hours?

Divides like this have always existed, of course. Children of traditionalists often reject tradition. Parents are usually more conservative than their offspring. But recent years have been different for two reasons. First, major shifts — generationally and ideologically — have resulted in many feeling left out of the party, so to speak: the spiritual-but-not-religious and the Independents (Left- and Right-leaning). I tend to believe that in both politics and religion, this is a sign we are at an important pivot point, but that doesn’t make it any less uncomfortable.

Second, politics is the ugliest it’s been in modern history. There are plenty of hurt feelings all around. A lot of fear gets stirred up. In couples counseling, it’s an axiom that the most toxic thing to a relationship is not when the partners disagree, or even fight, but when they stop respecting each other. For several generations now, the go-to strategy on all sides of the political game has been disrespect and invalidation of the other side — they demonize and ridicule each other, even assuming nefarious secret motives on their opponents’ parts. The paranoid stuff of conspiracy theorists has become mainstream.

So to a great extent, this is simply in the air and can’t be avoided. But our deepest and oldest relationships are with family, and it’s sad when distrust and lack of respect attacks bonds with literal brothers and sisters.

We all should do our best to hear. I’m not suggesting some sloppy relativism that assumes what people are saying is “right for them” and cannot be faulted. But I’m challenging you to accept others’ views as legitimately arrived at, rather than dismissing them as uninformed or evilly motivated without trying to understand.

My Christian faith teaches me that there is that of God in everyone, that all are my brothers and sisters — to see everyone through love. It challenges me to look past surface differences, past things that annoy and anger me, to that of God in them. Each of us is a flawed silly creature doing our best to make sense of the world. I’m to forgive them their trespasses, just as I would hope they would forgive me mine.

One of the traps of politics is that it’s so easy to entrench oneself in a particular camp or philosophy, surrounded by like-minded people — to never listen to the other side. That will be a challenge for some of us who gather at table this holiday season, no doubt. It’s a perverse blessing of how diverse my family is that I learned early on that I could love people who held fundamentally different worldviews and that they could love me too.

Hebrew has (at least) two words for listen: shama and he’ezin. He’ezin literally means “give ear” and it describes words falling on the ear. Shama, on the other hand, means “hear” and it describes a very different act, that of being open to the words, of allowing them in and gaining understanding.

We all should do our best to hear. I’m not suggesting some sloppy relativism that assumes what people are saying is “right for them” and cannot be faulted. But I’m challenging you to accept others’ views as legitimately arrived at, rather than dismissing them as uninformed or evilly motivated without trying to understand.

To truly listen. Not to close your ears and mind and ignore what someone is saying before it has even reached your cortex, but to hear. To seek understanding — what they mean and where they’re coming from.

Of course, some people’s minds will be closed to seeing that of God, that of love, in your position and it will be pointless to pursue this kind of discussion. Your words would fall on their ears but they would not hear you. It still may help to put the mustard seed out there — you never know where and when it might bloom — but only do so if it might bring harmony, not discord. If your family is one in which a lively political discussion can’t stay friendly, consider just throwing yourself into love and service, helping with the food and asking how others are doing.

Here are 6 tips for making it through.

The Eucharist is a family meal. We leave jobs and politics and status outside the door (I hope) and come together in peace as brothers and sisters to share food and give thanks to God. I pray that we all approach our family celebrations this year in a Eucharistic spirit of love, communion and peace.

Despite the drama of recent political events, there remains, I think, the opportunity to build a bridge across the divide, a bridge of compassion. Focus on basics on which you can agree. Establish that you are decent people who believe your political positions advance the common good. Perhaps then you can debate tactics and strategies without attacking the basic legitimacy of each other’s views. But perhaps not. In many cases, it’s enough to recognize that you both believe your positions are for the good. Respect and trust can begin there.

Many Christians practice a family meal regularly: the Eucharist is a commemoration of the Last Supper, which itself was a Passover Seder. Eucharistia is Greek for “giving of thanks,” referring to Jesus’ saying grace over the meal, and communio is Latin for “sharing in common,” referring to the family of God coming together to share a meal. So, not to put too fine a point on it, but the Eucharist is a family meal. We leave jobs and politics and status outside the door (I hope) and come together in peace as brothers and sisters to share food and give thanks to God. (As some of you already know, my church, St. Lydia’s, celebrates the Eucharist with an actual meal — we bless and break the bread, eat dinner, talk, share a sermon and prayers, bless and drink from the cup, then part in peace.) I pray that we all approach our family celebrations this year in a Eucharistic spirit of love, communion and peace.

We as a country must change the way we approach politics. For several decades, leaders across the political spectrum have used divisiveness to build their power base. Those of us whose families have been divided in the political realm have a particular challenge and a particular opportunity this holiday season to begin healing the nation. Thank you, God, for giving us this special role. Give us the willingness and wisdom to be part of this divine work.

I wish you all a peaceful and gratitude-filled holiday. Maybe you can be a part of making that happen.

A few related posts of mine you might find useful:

Have your own holiday family stories to share? Please use the comments section below.

A version of this post was originally published in Busted Halo on November 24, 2008. 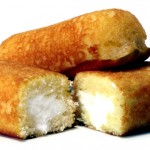 November 17, 2012
Hostess died a long time ago -- a little perspective
Next Post 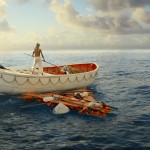