Life of Pi: A 3-D delight that stays on course

is one of those books you imagine will not translate well to film. It’s too fantastical and too abstract, while at the same time being basically a one-person story. I admit when I heard the film was being made, I assumed the result would be dreadful. When I heard it would be in 3-D, I was sure of that. But then when I heard the masterful filmmaker Ang Lee would be directing, a glimmer of hope crept back in.

) has pulled off the near-impossible and made a movie worthy of the beloved book — with a great deal of help, no doubt, from accomplished screenwriter David Magee (Finding Neverland

; Miss Pettigrew Lives for a Day

The biggest deviation from the book, which is understandable but frustrating, is the turning of its strong spiritual theme of universalism and syncretism into more of a punchline. Isn’t it cute that this innocent boy Pi sees nothing wrong with embracing multiple religions, which all claim to be speaking to the same truth, after all? Where the book devoted much energy to wrestling with this issue if not answering it, the movie relegates it to a few broad scenes bordering almost on the offensive, encouraging the audience to laugh when the Hindu-looking boy crosses himself, for example. These incongruities were in the book too, but stripped of their deeper treatment, we’re left with comedy. The main spiritual question, though — Is truth “facts” or a story that leads to comprehension? — is handled beautifully, given central play and embodied in the conflict between Pi and his rational “modern India” father (Adil Hussain).

I would have enjoyed an entirely different movie just as much, one that focused on Pi’s early life in Pondicherry, India, with all its fascinating detail about zoo management and animal behavior, and then the spiritual seeking and dabbling in different religions, with the big adventure story relegated to the final third. But that wouldn’t have been true to the book either. Ang Lee has done a masterful job of telling the essential parts of other stories to support the castaway saga and uphold the main points of the book.

The 3-D, rather than being gimmicky, adds to the movie’s magical and comical qualities. Only in the present day segments was it an annoying intrusion. There were a few scenes that were visually over-the-top by my taste, but that’s understandable and I was willing to go with it. (The mixing of real and animated tiger shots was so seamless I can’t say I noticed more than a few times and it never distracted.) Mychael Danna’s score was delightful when it played with Indian music, but a bit much when it went for the action-scene orchestral overload.

Ang Lee is a wonderful storyteller. I first encountered his work with his early Taiwanese films, The Wedding Banquet

(1994), both of them delightful character-driven movies dealing with personal stories of families and tension between tradition and modernity. The Ice Storm

(2000) took on large spectacle and special effects. There have been a few clunkers though. (I’m thinking especially of the muddy Hulk

In Life of Pi, Lee found in one novel a family comedy of tension between tradition and modernity, a drama of internal conflict, and a spectacle with special effects, and he brought the best of his work in each area to the task.

As you can imagine if you’ve read the book, a lot was riding on the actor chosen to play the teenage Pi. Lee cast first-time teen actor Suraj Sharma for the role. When he also cut Tobey Maguire from a small part, opting for an entire cast unknown to American audiences (with the exception for some of a small part by Gerard Depardieu), I’m sure he made the producers of this $100 million film very nervous. Sharma carries the challenging almost-one-person movie impressively. His authentic boy-ness works perfectly for the role.

The personnel choice we can all be most thankful for came before Ang Lee got involved, though.  Life of Pi originally was to have been directed and adapted for the screen by M. Night Shyamalan. That would have been a… different film.

Those who have read the book will of course be frustrated by some of the shortcuts, but this was necessary, as it is with any book treatment. The repetition and long tedious periods during the castaway period, which could work in print, would have been challenging for a movie audience. The brutality and grossness described in the book had to be toned down to make a family film. Ang Lee did the best he possibly could have. It’s an impressive accomplishment.

A minor gripe: The love story set in India was profoundly unnecessary. These are often inserted when books are made into movies to carry, shall we say, less sophisticated viewers through the main plot, but that only makes sense if the love story is threaded through the  story, supplying motivations. Here it was introduced then set aside.

For those have read and treasured Life of Pi, I’m amazed and delighted to say that the movie works. As with any fantasy, everything won’t be as you imagined it, but you will not be disappointed. For those who never read the book, I wonder if they’ll find a few of the shortcuts confusing, but overall I expect they will be blown away by this 3-D adventure spectacle that also has remarkable depth.

This film should have failed. Life of Pi so easily could have veered off into farce or spectacle, but Ang Lee has held it to its course and delivered another masterful film. 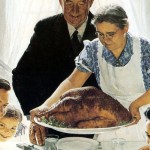 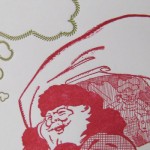