In a post entitled “Three Course Corrections: An Open Letter to Mitt Romney,” I wrote back in January that Romney should not be afraid to “let his faith flag fly.”  I took some heat from some of my friends for criticizing the campaign openly, but my intention was to be constructive, so I forwarded the post to some friends in the Romney campaign.  While I’m certain that my post had no influence whatsoever, it represented a common sentiment in certain quarters that Romney was being over-programmed by his advisors and that he should not be afraid to let the American people see his Mormon convictions. 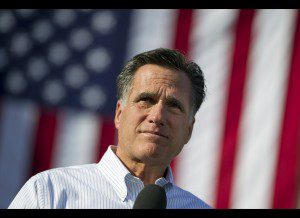 Romney was, in light of all the mockery and insults that are thrown in the direction of Mormonism, understandably reticent to bring his faith out into the light.  But evangelicals, I said, would actually be more comfortable with Governor Romney if they saw the real Romney a bit more.  For all our significant political differences, I knew that Romney prayed and sought God’s will and sought to live a life of obedience and service.  So I wrote:

“But they will grow more comfortable with you if they see the depth, the vitality, and the heartfelt authenticity of your relationship with God.  They will grow more comfortable if they better understand your pastoral experience (let’s call it what it is) as ward bishop and stake president.  You have rich experiences in missions and preaching and pastoral counseling, and in all these ways you connected with ordinary people, ordinary workers, in the struggles of everyday life.”

As I mentioned, I was not the only person making this case.  So I explicitly reject the delusion that I had any influence here, but I note this to mark the journey of the Romney campaign on the issue of his faith.  Witness Romney’s final answer from the Hofstra debate:

Let me transcribe the relevant part: “My passion probably flows from the fact that I believe in God. I believe we’re all children of the same God. I believe we have a responsibility to care for one another. I served as a missionary in my church. I served as a pastor in my congregation for about ten years. I sat across the table from people who were out of work, and worked with them to find new work or to help them through tough times.”  And this is not just talk.  There are countless stories of Romney counseling and serving and providing for the families who were under his care.  Countless stories of Romney going out of his way, and sometimes giving considerable resources of his own, to help families that were in need.

Not only did Romney own his faith and own the fact that his fundamental passions, convictions and motivations come from his faith — he owned his pastoral experience.  I’ve been pushing this point for nearly a year.  Even in the midst of a burgeoning business career, and even as he took a deep and active role with a very large family, he served in the local Mormon church as bishop of his ward and stake president.  Both of those roles required not only leadership but pastoring and pastoral counseling.

To provide some context: Mormons congregations do not have paid clergy.  Preaching duties rotate.  But the Bishop of a ward is essentially the head of pastoral care for all the Mormons in a certain area.  Stake President is another rung up the hierarchy.  Both of these require 20, 30, 40 hours or more of volunteer service on any given week.  Both of them, and especially the first role, put you in home after home, helping people through life struggles.

I know what that’s like.  My father is a pastor and served as a church elder (effectively, in the churches I’ve attended, the spiritual leaders of the congregations) for decades.  On many nights a week, he was out meeting with individuals and families from the church who were going through crises.  You cannot long stay “out of touch” when you’re talking daily to people who have lost their jobs, or whose children have gotten arrested with drugs, or whose spouses are hospitalized with cancer and cannot pay the bills, or whose marriages are on the rocks.  You cannot stay out of touch when you’re sitting across the table from people of all kinds facing every manner of human suffering and struggle.  Romney owned his experience as a missionary and as a pastor, and he should.  It’s the surest way to combat the “out-of-touch robber-baron” caricature. 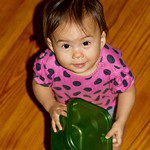 October 19, 2012
Breakfast Links: The Three Deadliest Words, Galilean Gangsta, Can a Christian Be President?
Next Post 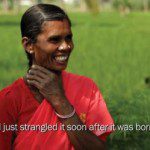 October 19, 2012 The Three Most Dangerous Words in the World, and the Damnable Lie
Recent Comments
3 Comments | Leave a Comment
Browse Our Archives
Related posts from Philosophical Fragments