In order to understand sabbatic witchcraft we must first discuss its place of origin, the Cultus Sabbati.  This was a term coined by the members of this tradition for communication purposes.  The leader, known as Magister, at the time was the late Andrew D. Chumbley.  The Cultus or “the sorcery of the Crooked Path,” operates as a vehicle for transmission of magical knowledge.  This knowledge according to Chumbley comes from a single source known as magical quintessence, and the doctrine of this belief is called the “Doctrine of Transcendental Sorcery.”

“It is typical of genuine cunning-folk to utilize whatever is close at hand, and to turn all influences, irrespective of religious provenance to the secret purposes of the Arte.”

Sabbatic Witchcraft, as a general practice was an unintentional by-product of the Cultus Sabbati.  Chumbley claimed to belong to two lines of traditional witches from England and Wales with whom he was inducted; this formed the basis of his background of the occult.  Sabbatic mythology, for instance, describes the way in which elements of witch-lore, and imagery were being employed in the cunning craft tradition.

The central purpose of Sabbatic imagery and practice is based on the core belief, in which the seeker undertakes the nocturnal pilgrimage to the Witches Sabbath through the use of various trance inducing techniques.

The body of lore associated with this particular tradition is detailed in the Azoetia, a working grimoire for the Cultus Sabbati written by Chumbley at the age of twenty-four.

Daniel A. Schulke, current magister of the Cultus stated:

“Chumbley’s grimoire Azoetia, although wholly a reification of traditional British witchcraft makes use of Sumerian, Egyptian, Yezidi, Arabic and Aztec iconography among others.  This theme of diversity is concurrent with the Sabbatic Current.  Chumbley, in his writing, draws from these ancient sources as they take on new meaning in the context of the witches sabbat.  The main directives of this tradition are spirit congress, coming together to form relationships, and receiving transmission of occult knowledge of the Sabbatic Current.”

In the article, Cultus Sabbati: Provenance, Dream and Magistry, Chumbley discusses a defining feature of Sabbatic Witchcraft.  This article can be found in its entirety online at www.xoanon.com, which serves as the publisher for the Cultus’ outer tradition.  The specialized use of imagery and mythos of medieval and early modern witches’ sabbat is the focus of sabbatic understanding.  Through the use of cultural symbols and spiritual associations, the Sabbatic Current is transmitted by man and spirit.

The many symbols that have been borrowed and used overtime are meant to convey specific ideas already in the collective consciousness of mankind.  The symbolic associations within Sabbatic Witchcraft some from Pagan, Christian and Greco-Roman mythology and culture among others that have influenced Western esoteric thinking.  These images have changed over time and do not indicate any adherence to Abrahamic ideologies.

For example, “Traditional Sabbatic Craft often employs demonological names and imagery as part of a cipher to convey a gnosis of Luciferian self-liberation.”  These names and symbols serve as manmade vehicles for the elder gods. Chumbley warns that:

“One must be wise to discern the use of veil upon veil; the use of demonological terms should not be misconstrued as advocacy for vulgar-Satanism, black magic or suchlike; neither should use of Judeo-Christian terms imply adherence in any conventional sense.”

A defining feature of the Cultus is its use of the medieval and early modern Witches’ Sabbat, which is the astral gathering of witches souls, animal spirits, and a myriad of otherworldly beings around the circle of arte, between waking, sleeping, and death.  This serves as the basis of rituals and practice.  Hidden within the imagery of the Witches’ Sabbath are various occult symbols such as nocturnal flight, the stang, the Horned God, Unguentum Sabbati or Witch’s Ointment; which serve to define the practice of the sabbatic witch who seeks gnosis and spiritual union through oneiric travel to the eternal circle of the Witches’ Sabbat. 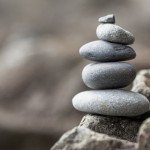 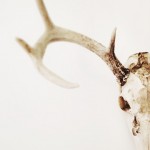 September 3, 2016 The Horned One, Part One: A Reflection
Recent Comments
0 | Leave a Comment
Browse Our Archives
get the latest from
Poisoner's Apothecary
Sign up for our newsletter
POPULAR AT PATHEOS Pagan
1

No, That's Not An Odal Rune
The Zen Pagan
Related posts from Poisoner's Apothecary