Poverty, America, And Sodom In The Age Of Trump

“Behold, this was the guilt of your sister Sodom: she and her daughters had pride, excess of food, and prosperous ease, but did not aid the poor and needy.” – Ezekiel 16:49

I like watching people. I look for unique, something different, something maybe a bit “off.” In the grocery store I saw an elderly couple pushing a cart and discussing every potential purchase in what seemed to be great detail. I noticed that few items actually made it into the cart and that was odd enough for a closer look.

When an item was put into the cart she would remove the cost from an envelope and put it into his shirt pocket. “We have four-fifty three left,” she said. In the bread section they discussed how long a loaf would last and it became clear that the $4.53 plus the few items in the cart were what they had remaining in their food budget for the rest of the month – two weeks!

I’ll spare you the rest of the story but you would be surprised at the things you learn when you ask someone, or insist when needed, if you can help. If you show concern, if you listen, if you care you will be amazed at what can be accomplished.

People in their 80’s should not need to choose between food or heat or medication because of illness or poverty stemming from a system built on avarice. I am amazed we need to discuss this in America in 2017. While our sick, our elderly, and those among us who just have had some bad luck are hungry and cold, our politicians and special interests keep us distracted. They propose, and many of us applaud, laws demanding that poor people prove they are worthy of our help. They write laws insisting on urine samples and that every convenience, “luxury,” and possession they deem excessive be taken from poor people. Some are aghast that poor people own refrigerators. Cake for a child’s party? No! Seafood? Wasteful! Like nannies they demand the poor eat this food but not that food. Vegetables but not those vegetables. They judge the poor by arbitrary standards of morality, fashion, privilege. Then, and only then, do they grudgingly “help” and smugly congratulate America for being a Christian nation.

But if anyone has the world’s goods and sees his brother in need, yet closes his heart against him, how does God’s love abide in him? – 1 John 3:17

What’s wrong with America is not Donald Trump, he is a symptom. Nor is it the mythical poor person who mocks us by using food stamps to buy a cake, or steak, or any number of other sacred foods fit only for their betters. What is wrong with America is that we claim to be a Christian nation and then refuse to define what that nation should look like. Therefore we have no need to act like a Christian nation since there is no definition.

Many among us are quick to define Christianity with a litany of rules and some unique doctrines when it comes to individuals (friends, family, church members), but then believe our nation, its currency festooned with our national lie and blasphemy (“In God We Trust”), is somehow beyond defining. Somehow beyond demanding some semblance of Christian compassion. And so we substitute laws (like our “Biblical” rules for personal conduct) while constantly searching for people who are “falling short” and therefore unworthy of our help. Unlike the Good Samaritan we have tests we apply before we show love and care for others. Our love, our national Christianity, is crabbed and very conditional. In the final analysis the people we help are kept to a minimum lest we be inconvenienced or some corporation or billionaire be asked for an additional dollar to help. Corporations, we claim, are also people, just not people we want to impose on to pull their weight.

America has a rapidly growing underclass, like the elderly couple mentioned above, who know that to ask for help is to become branded as failures, lazy, takers, moochers, weak, and a drain on society. They get cold, hungry, and sick because our national attitude has become to ostracize the poor simply for being poor. Poverty in America is too often painted as a moral failure. The unconditional love and compassion that we speak in awed terms of in the story of the Good Samaritan is absent from our politics and our national character. It really is. What is wrong with America is we have called good evil in the most basic dealings with our brothers and sisters. We cry for God to bless America while we ignore the poor, cater to the wealthy, and proudly boast we have done all (and even far more than) we could.

America can do better and we all know this. Whatever your perspective on the Bible and your brand of Christianity we have common ground. We have the example of Jesus and the admonition of scripture to care for the poor and weak.  The election of Donald Trump has begun to open the eyes of many. This is not who we are or who we want to be. If we are going to continue to claim we are a Christian nation we need to define exactly what that means and we need to begin living like we believe it.

Though some can apply their theological overlay to these and many other verses and explain them away all while asserting they believe the “plain teaching” of the Bible I invite everyone to ponder these verses and think about what a truly Christian nation, or merely Christian people, should look like in practice.

Deuteronomy 15:7 – 8: “If there is a poor man with you, one of your brothers, in any of your towns in your land which the LORD your God is giving you, you shall not harden your heart, nor close your hand from your poor brother; but you shall freely open your hand to him, and shall generously lend him sufficient for his need in whatever he lacks.”

Proverbs 31:20 (ESV) “She opens her hand to the poor and reaches out her hands to the needy.”

James 2:15-16 “If a brother or sister is poorly clothed and lacking in daily food, and one of you says to them, “Go in peace, be warmed and filled,” without giving them the things needed for the body, what good is that?”

Leviticus 19:9-10 (NRSV) – “When you reap the harvest of your land, you shall not reap to the very edges of your field, nor shall you gather the gleanings of your harvest. You shall not strip your vineyard bare, or gather the fallen grapes of your vineyard; you shall leave them for the poor and the alien: I am the LORD your God.”
Ezekiel 16:49 “Behold, this was the guilt of your sister Sodom: she and her daughters had pride, excess of food, and prosperous ease, but did not aid the poor and needy.” 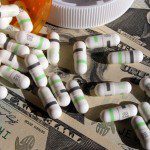 March 17, 2017
Some Conservatives Are Coming Around On Health Care. Let's Help Them.
Next Post 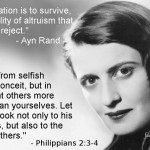 Ira Einhorn and the politics of...
slacktivist
Related posts from Progressive American