Franklin Graham: Melania Trump Is ‘The Classiest First Lady Our Country Has Ever Had’

Franklin Graham: Melania Trump Is ‘The Classiest First Lady Our Country Has Ever Had’ April 26, 2019 Michael Stone

Liar for Jesus: Leading conservative Christian Franklin Graham claims Melania Trump is “the classiest first lady our country has ever had.”

Recently Graham made headlines by warning gay presidential hopeful Pete Buttigieg that he must repent or face eternal damnation for “flaunting his homosexuality.”

Graham, who is fond of claiming that God kills gays, issued a series of tweets attacking the Democratic presidential candidate earlier this week.

And while Graham exhibits an irrational biblical hatred for gays and Democrats, he grovels at the feet of that paragon of Christian virtue Donald Trump.

As for Melania, she is anything but classy. Late last year the First Lady made the idiotic claim that she was “the most bullied person in the world.”

Before that Melania dressed like a Nazi villain from the film Raiders Of The Lost Ark while on holiday in Egypt.

And before that Melania wore a jacket with the phrase “I really don’t care. Do U?” scrawled on the back when she went to visit a Texas concentration camp for kids.

As one might imagine, Twitter had a field day mocking Graham’s obsequious and absurd homage to FLOTUS.

Franklin Graham the #PoseurPastor is all the proof we need that Christ has left the building.

Rev Franklin, this is why people regard you and other Christians as hypocrites. Had Melania been a Democrat or a Dem politician’s wife and posed nude, in a sexual context with another woman, you’d be chewing her a new one.

As classy as they come pic.twitter.com/icmI6sipu2

Hark @Franklin_Graham! While the bible approves of @DonaldJTrumpJr abandoning his wife & kids (Luke 14:25-27) to shack up with his concubine (1 Kings 11:3), @FLOTUS wearing a Dolce and Gabbana jacket made of cotton/silk is an abomination (Leviticus 19:19). Please rebuke her ASAP! pic.twitter.com/0IayZncUcz

Bottom line: Franklin Graham claims Melania Trump is “the classiest first lady our country has ever had.” 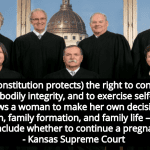 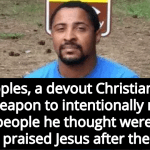 April 27, 2019 Christian Terrorist Deliberately Drove Into Crowd Believing 'Some Were Muslim'
Recent Comments
0 | Leave a Comment
Browse Our Archives
get the latest from
Progressive Secular Humanist
Sign up for our newsletter
POPULAR AT PATHEOS Nonreligious
1