Deplorable: A Christian group on Facebook is defending Gregory and Travis McMichael, the white father and son who hunted down and killed Ahmaud Arbery, an unarmed 25-year-old black man.

While outrage spreads like wildfire across the country over the shooting death of 25-year-old Ahmad Arbery, support is also growing for the men who killed him…

Recently, the group Christians Against Google changed their Facebook page name to Justice for Gregory and Travis McMichael.

The “About” section on the new “Justice for Gregory and Travis McMichael” Facebook group page reads:

These 2 God-fearing men were only trying to protect their neighborhood. This area has had a string of break-ins and this man fit the description and did not comply with simple commands. Our hearts go out to the McMichael family in their time of need. Amen. 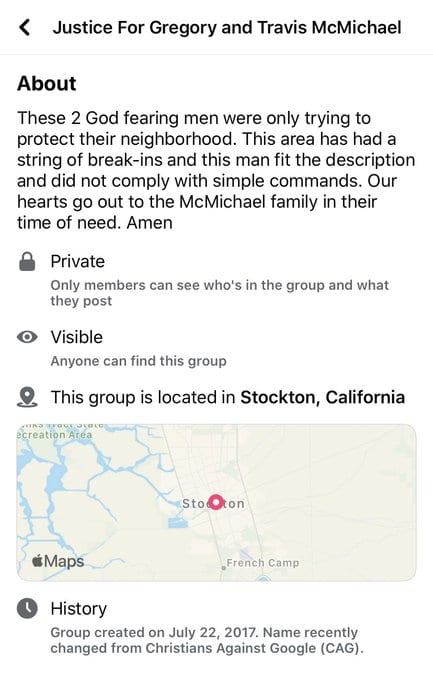 At the time of publication the group had over 77,000 members.

A report via CBS News provides background and context to the heinous crime:

Two men have been arrested and charged with murder in the fatal shooting of an unarmed black man whose family said he was jogging on the day he was killed, officials from the Georgia Bureau of Investigation announced Thursday night…

Arbery was confronted by Gregory McMichael and his son, Travis, who shot Arbery before he collapsed and died, according to the bureau.

Gregory, 64, and Travis, 34, were both charged with murder and aggravated assault. The men were taken into custody and will be booked into the Glynn County Jail, the bureau said.

While some deplorable Christians are defending the killers, many have condemned the McMichaels. For example:

The Rev. William Barber II, president of Repairers of the Breach –

“Ahmaud Arbery’s death is akin to a modern-day lynching. Enough is enough. We demand #JusticeForAhmaud now!”

Austin Channing Brown, author of “I’m Still Here: Black Dignity in a World Made for Whiteness.” –

“I will not dig for evidence; today we are going to assume all that is true about Arbery. Because Arbery is one person in a centuries old line of Black people who must prove they are human in order to call their murders unjust. … Lynchings are still here, but so are we. They haven’t been able to destroy us. The fear hasn’t kept us from showing up, from experiencing joy, from demanding more from America.”

John Pavlovitz, digital pastor and author of “A Bigger Table” –

“In the presence of the kind of cancerous hatred that killed #AhmaudArbery, the kind that is having a renaissance here in America, there are only two kinds of white Americans: there are white racists and there are white anti-racists.”

Bottom line: A Christian group on Facebook is defending Gregory and Travis McMichael, the white father and son who hunted down and killed Ahmaud Arbery, an unarmed 25-year-old black man. 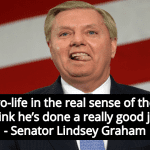 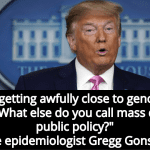