Televangelist Kenneth Copeland Cancelled, To Be Replaced By Instagram ‘Influencer’

Trinity Broadcasting Network said it will no longer air shows from controversial televangelist Kenneth Copeland starting in October as part of a series of upcoming programming changes at the international Christian television network.

Kenneth Copeland Ministries and TBN have had a business relationship for some 40 years, with the network airing Copeland’s “Believer’s Voice of Victory.”

Trinity Broadcasting Network said it will no longer air the daily Texas-based Kenneth Copeland Ministries program known as “Believer’s Voice of Victory.” Instead, the network will replace it with programming by Steven Furtick, a megachurch pastor who is widely known for his appearances on PreachersNSneakers, an Instagram account that features influencer pastors and their expensive shoes.

Christian Post explains that Copeland, a proponent of the prosperity gospel, “has a reported net worth of around $300 million and is the owner of two private jets and two twin-engine planes.”

Recently Copeland claimed that he could cure viewers of the coronavirus if they touched his oily hand through their television set during his televised ministry.

In that video Copeland declared:

… Put your hand on that television set. Hallelujah. Thank you, Lord Jesus. He received your healing. Now say it: “I take it. I have it. It’s mine. I thank you and praise you for it…”

According to the Word of God, I am healed. And I consider not my own body. I consider not symptoms in my own body, but only that which God has promised. Only that what the Word has said. And by His stripes, I was healed. And by His stripes, I am healed now. I am not the sick trying to get healed. I am the healed, and the Devil is trying to give me the flu!… Or whatever else kind of thing he’s trying.

Kenneth Copeland healed viewers of the coronavirus through their televisions last night. pic.twitter.com/8lwHufTIy4

And Last March Copeland ordered his followers to keep giving to his ministry, even if they lost their jobs:

Fear of this coronavirus is faith in its ability to hurt you or kill you. The fear of ‘What are we gonna do? I’m getting laid off at work!’

Multi-millionaire televangelist Kenneth Copeland tells viewers that even if they lose their jobs because of the coronavirus outbreak, they must continue giving to the church: “Whatever you do right now, don’t you stop tithing!” pic.twitter.com/Xp154Fm1rn

Bottom line: Televangelist Kenneth Copeland has been cancelled by the Christian network TBN and will be replaced by megachurch pastor and Instagram “influencer” Steven Furtick. 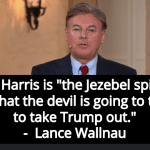 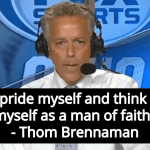