The Servant of God Dom Hélder Pessoa Câmara (February 7, 1909 – August 27, 1999) was the Roman Catholic Archbishop of Olinda and Recife, in Brasil, and is currently in the early stages of the canonization process, just like Dorothy Day.

Some conservative and (ultra-)traditionalist groups have expressed their unhappiness at the thought that Dom Hélder Camara would even be considered for sainthood. Why is this? He was no conservative in today’s understanding of the word. Perhaps if we consider conservatism as truly maintaining and actualizing a living faith tradition, then he may be considered as one of the most conservative – just like Dorothy Day and others.

He is most well known, perhaps, for the following quote, “When I give food to the poor, they call me a saint. When I ask why they are poor, they call me a communist.” [Tweet this] Others know him for having urged his brother Bishops at the Second Vatican Council to do away with extravagant titles and pectoral crosses made with precious jewels and metals. He himself wore a wooden pectoral cross – not unlike our Savior’s.

He also helped organize a message from 18 Bishops of the Third World. That message is worthy of its own post, so we shall not spend much time on it here. We’ll simply note that these Bishops support and quote Patriarch Cardinal Maximos IV, who in a homily during the fourth session of the Second Vatican Council said, the Church has an obligation to show that true socialism is to be found in Christianity.

I’ve found only a few times when Dorothy Day mentions Dom Câmara. The Spring of 1967, June of 1970, and September of 1976. Where Day expressed any opinion of Dom Câmara, it was positive.

What I find interesting from 1970, is that Day isn’t afraid of using the language of “commune” to describe what a Catholic Worker farm would be. She begins by citing Câmara in showing what we today call the preferential love for the poor: “The 20 percent who let the 80 percent stagnate in a situation which is often subhuman–what right have they to allege that Communism crushes the human person?”

The concern here is the oppression of the poor. Where opponents would see anything that tried to help the poor under capitalism as communist, Câmara showed little difficulty in using communist as a rhetorical device for demonstrating the foolishness or intentional deceit of the capitalist.

However, we also see that pieces of communism – mostly those composing a proper socialism – are compatible of not demanded by the faith.

Establishing farming communes, as were common in latin america and supported by many proponents of liberation theology, was something Day looked forward to and saw as very much in line with the Catholic Worker. In 1970 she wrote, “The Catholic Worker movement certainly has never been able to set up any farming communes–merely houses of hospitality on the land. But we are all interested in them.”

The Archbishop receives a king mention in Day’s 1976 piece, where she notes that it was “an honor” to meet “the heroic bishop” at the Eucharistic Congress; in the same piece she discusses the farms that were being established.

In his text The Spiral of Violence, the Archbishop writes,

The capitalist empires, with their affirmations of sacrifice for the free world, of defence of private enterprise, of safeguarding order from subversion and chaos, are in fact defending their political prestige and the economic interests arising from it; they are indeed at the service of economic power and the international trusts.

And he warns us of what may be too familiar to some in our country,

Religions, in capitalist areas, run a very grave risk of being caught up in the system. They are courageous in broadcasting beautiful principles, but without sufficient energy to carry them through, for the very reason-though perhaps an unconscious one-that they will be themselves affect by the process of incorporation.

In Dom Helder Camara: the Violence of a Peacemaker (1970) the Archbishop rejects capitalism as a solution to the poverty of the Third World. “Personally,” he says, “I am not convinced that capitalism or neocapitalism represent anything good for us in Latin America.” [Tweet this]

Focusing on the United States, he continues,

The United States is a living demonstration of the internal contradictions in the capitalist regime… The U.S.A. manages to arouse fratricidal conflicts between the whites and the blacks; with the pretext of anticommunism, but in fact out of a thirst for prestige and expansion of its sphere of influence; it conducts the most shameful war the world has ever known. [Tweet this]

What about socialism? The Archbishop did as many in the Catholic social tradition do and make distinctions when it comes to socialism.¹ Even as we have noted, capitalism is not an option for the Christian (also see here, here, here, here, and here), but socialism can be considered.

He rejected the USSR model, as anyone should, but wasn’t so quick to dismiss Marx. “I think,” he said, “we might profit by the Marxist analytical method which is still viable today. [Tweet this] If we leave aside the materialistic concept of life and history bound up with that method in the beginning, we could complete the Marxist analysis with a true vision of Christianity which presents no obstacle to human advancement, but quite the contrary.”

He was certain that we could say yes to socialism, but not “the socialism practiced in Soviet Russia and Red China.” Instead, “What we need to find for Latin America is a line of socialization adapted to Latin American needs.”

Whereas today we hear many Distributists afraid to to be identified with the word, Câmara asks “Why not recognize that there is no such thing as a unique type of socialism? Why not demand, for the Christian, the free use of the word socialism? It is  not necessarily linked with materialism, nor does it have to designate a system that destroys the individual or the community. [Socialism] can designate a regime that is at the service of the community and the individual.”

The Church should play its role in advancing justice for the oppressed – true liberation. If socialism is considered an option, then the Archbishop makes it known that “we Christians can offer socialism a mystique of universal fraternity and incomparable hope far more comprehensive than the narrow mystique of historic materialism.”

We shouldn’t be afraid of the word socialism.

¹ Here we cite, additionally, the Archbishop’s plea to end “the false dichotomy of capitalism vs. communism, as if the fact of being in disagreement with capitalist solutions implies an adhesion to communism; as if to criticize the United States were synonymous with approval of Soviet Russia or Red China.” 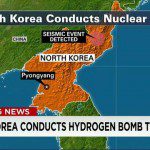 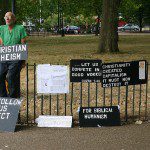 January 6, 2016 Materialism and Fallacious Thinking: Only the First is Exclusive to Atheism
Recent Comments
0 | Leave a Comment
Browse Our Archives
get the latest from
Catholic
Sign up for our newsletter
POPULAR AT PATHEOS Catholic
1

Thanks For Giving Us More COVID,...
A Little Bit of Nothing
Related posts from Proper Nomenclature