Trump’s Catholic Roundtable: Including a Mix of Catholics Against Catholicism? First draft!

The Trump campaign announced the creation of an advisory board consisting of men and women who identify as Catholics called the “Catholic Advisory Group”. That’s an awkward sentence. There’s a reason for that. If they’re Catholics, they’re Catholics – so was Ché – but the name “Catholic Advisory Group” should not lead one to believe that it is a group of people advising Trump on Catholic approaches and principles in relation to the political realm. This is the challenge of including the name “Catholic” in groups – such as this one – which can too often be foolish, abusive, and unfaithful to what the Church teaches and lives.

Pro-torture, anti-Palestine, capitalist, pro-death penalty, obsessively pro-guns, anti-immigrant, anti-life (human and/or organic), tough on the poor, etc., etc. Is this the Catholic way? No. Then why have so many people as part of a group called the “Catholic Advisory Group” who support many of these positions?

Catholic Online published this list. We’ll add some quotes or comments about each “advisor” in situ. What will be most interesting, at least to me, is how several of these Catholics – whether faithful or unfaithful, reverent or irreverent is not the question – clash with our Holy Father, our Hierarchy, and/or the general expression of Catholic Social Teaching and moral theology on political, economic, and social questions. That said, there are some who have been and continue to be champions for life and justice, even if their work seems to focus on individual manifestations of injustice.

This list isn’t complete with notes or links – but it’s a start. I think we’ll continue to add some thoughts on the positions of each member as the days go on. Feel free to share links in the comments’ section on anyone I don’t have information on, or where the information is wrong and needs correcting.

So far we can tell that several members have (some or numerous) positions that should lead a Catholic to realize how remarkably non-Catholic something – in our case, (the many positions of several members in) this group – can be, while still identifying itself as Catholic. The smart thing to do would be to follow Bobby George’s approach to Trump and say, ‘no, thanks!‘

I’m not looking to attack any of these people – I’ve never met any of them – or let any of them off the hook by not commenting on each one. Some names are new to me, but I’ll see what’s note-worthy in the days to come. I can spend only so much time reading pathetic policy positions before focusing on more important, life giving realities.

Side note, I wonder how many of these Trumpista Catholics have bourgeois patriotic rosaries. 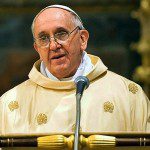 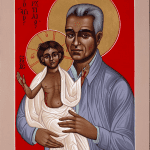 October 5, 2016 Cause of Servant of God Rutilio Grande, Friend of Pope Francis, Advances to Rome
Recent Comments
0 | Leave a Comment
Browse Our Archives
get the latest from
Catholic
Sign up for our newsletter
POPULAR AT PATHEOS Catholic
1

TEN RULES FOR WHILE MOMMY IS RECOVERING
This is both real and tongue in cheek --because I know, there's...
view all Catholic blogs
What Are Your Thoughts?leave a comment
Copyright 2008-2021, Patheos. All rights reserved.