Evangelicalism Outside the Gate

This article is part of the Patheos Public Square on the Future of Faith in America: Evangelicalism. Read other perspectives here.

If someone were an evangelical in 1859 and was wondering about the future of born-again Protestantism, would he or she have predicted a fundamentalist controversy in around six decades or the rise of a cluster of institutions in the 1940s that would actually identify evangelicalism once and for all. Can we today project a church and political controversy that will divide denominations and prompt the formation of new institutions that will once again breath life into evangelicalism?

I can’t, and it’s not because evangelicalism has deconstructed and become vacuous but because institution-building doesn’t look like a very attractive prospect for the near future.

Let’s back up. You can define evangelicalism historically in three ways. One way is to trace it to the revivals of the First Pretty Good Awakening (my thanks to Leo Ribuffo for the phrase), when experiential Calvinists like George Whitefield evangelized and Jonathan Edwards theorized an intensely earnest born-again faith committed to holiness and some form of activism. But that awakening did not produce institutions. Good thing it didn’t because a political revolution and war for independence would likely have put those institutions into jeopardy.

The second iteration of evangelicalism was the Second Pretty Good Awakening which we associate mainly with Charles Grandison Finney, who was no Calvinist but did support a number of institutions. Out of this awakening came a bevy of voluntary associations committed to social reform, religious education, and moral improvement that solidified among Anglo-American Protestants a common identity that went by the name evangelical (which mainly meant Protestant and not Mormon, Roman Catholic, Unitarian, or Seventh-Day Adventist for starters). Protestants remained separate in their respective denominations but came together in the Benevolent Empire’s institutions to project a shared religious identity and expectations for a Christian America.

After the Civil War this Protestant mainstream created several ecumenical organizations with the aim of a unified Protestant national church (comparable to the United Church of Canada [1925]). One of these institutions was the Federal Council of Churches (1908) which later became the National Council of Churches. But these Protestant endeavors became so generic that some Protestants (read fundamentalists) protested and opted out of the mainstream for sideline institutions.

The third and most recent expression of evangelicalism is generally the one that people continue to use and for which pollsters survey. It derives from the — get this — “progressive fundamentalists” like Harold John Ockenga, Carl Henry, and Billy Graham who self-consciously cultivated a Protestant identity that was distinct from both fundamentalists (too mean) and liberal Protestants (too wishy-washy). These men were at the ground level of evangelical institution building — National Association of Evangelicals (1942), Fuller Seminary (1947), and Christianity Today magazine (1956) were just some of the agencies that gave Protestants who were not liberal a sense of identity. A variety of missions agencies, Bible institutes and colleges, a few liberal arts colleges, and several publications also added to this evangelical identity.

But post-World War II evangelicalism was not primarily Calvinistic and so it was distinct from the First Pretty Good Awakening form of evangelicalism. And the evangelicalism of Billy Graham and company was also not bound up with the mainline Protestant denominations, the ones who had coalesced thanks to the Second Pretty Good Awakening. Modern evangelicals might cooperate with mainline Protestants. But the heart of post-war evangelicalism was a spate of new institutions. If you were graduated from Fuller or Gordon-Conwell seminaries, for instance, you had a stamp of approval in the wider evangelical world. If you came from Princeton or Crozer seminaries, you might have some explaining to do.

Where are we now? We are at the end of those post-World War II evangelical institutions. At evangelical colleges and seminaries, you have as much a chance of finding members or pastors from the mainline churches as you do from the other kind of Protestant communions. Evangelical publishers also seem to publish as many mainline authors as they do evangelicals, even though they once were the go to place for born-again convictions. (Truth be told, the mainline Protestant publishers are on the ropes and mainline Protestant authors are looking to folks like Baker and Zondervan.) Evangelicals today are as likely to favor ecumenism and the social gospel as mainline Protestants did fifty years ago. In other words, we are at a time when evangelicalism lacks a set of gatekeepers the way it did from roughly 1950 to 2000.

Will a new set of evangelical guardians emerge? If evangelicalism is anything like the internet, I doubt it. Here the remarks that Noah Millman made about the changes at New Republic magazine last winter and the loss of the “back of the book,” the arts and books section edited by Leon Wieseltier, are worth considering:

. . . there is a wild, robust and in many cases very high quality discussion going on right now across a multitude of outlets and covering any cultural topic you like. What is relatively absent in the internet era are two things: widely-recognized gate-keepers to curate that discussion, and any kind of revenue model to sustain it. These are not problems that Leon Wieseltier had any idea of how to solve. . . . I recognize that the prevailing structure of the internet makes it not only very difficult to justify from a revenue perspective, but very difficult to justify from a curatorial perspective – because it’s not clear that a magazine like [The American Conservative] could achieve the status of a trusted curator of this kind of discourse even if it wanted to.

Don’t get bogged down on the economics or the seeming disparity between worship and devotion on the evangelical side of things and cultural commentary on the magazine end. Millman’s point about the anti-hierarchical nature of the internet is the one to keep an eye on. Evangelicals were always in a wide variety of churches — perhaps the equivalent of lots of different websites. But during the Billy Graham era they had a “back of the book” section that was vetted by certain theological and pastoral guardians. Those figures might not show up at your church or school and straighten out theological or moral problems. They still were emblems of what evangelicalism was supposed to be.

Those emblems are gone. And now thanks to the internet, born-again Protestants can binge watch any pastor or author with a digital camera and who has enough moxie to make a video that goes viral or to write a blog that goes toxic.

Evangelicalism now more than ever lacks a center. That may make a lot of evangelicals, who have been historically egalitarian, happy, and who think that institutions always impede the free movement of the Spirit. But lacking a center makes using the word “evangelical” pointless. Will anyone try to put the center back in evangelicalism? I don’t think so because I don’t think anyone or institution has the stature to do so. If the television networks have lost control of their viewing audiences, how much more is evangelicalism “out of control”? 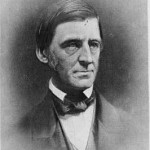 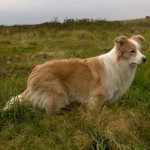 July 30, 2015 Speaking of Gatekeeping
Recent Comments
0 | Leave a Comment
"Since when do evangelicals care about what academics think about anything?So your argument is that ..."
swbarnes2 Losing Whitefield
"You're butthurt because the guy was a bible humper....and honey, if Whitefield was such a ..."
Sharon Diehl Losing Whitefield
"Are their any racist thugs you think shouldn't be honored, or are they all evangelical ..."
John (not McCain) Losing Whitefield
"Senator Hawley--- Government serves Christ’s kingdom rule; this is its purpose. And Christians’ purpose in ..."
Mark Mcculley How Evangelicals Can Vote for Joe ..."
Browse Our Archives
Follow Us!

A Sign of the Times: When...
The Chorus In The Chaos
Related posts from Putting the Protest in Protestant