If Jesus is My Lover, Does that Make me Gay?

Yes, that’s a provocative question, but sometime the excesses of evangelical and New Calvinist piety call for provocation. How, after all, should we read the following pious warm up to the hot heaving of Valentine’s Day?

Were Jesus to respond to Oscar Wilde (as one day he surely will), we might imagine him saying, “Obviously everything in the world is about sex, except sex. Sex is about me.”

Yes, romance and all that is included under that rubric belong to that divine Lover: Saint Valentine and all his retainers, from the red roses to the candle-lit dinners, even down to the tiny candy hearts — they all point to Jesus, the great Wooer, who, not content with passively inviting, by his Spirit sovereignly draws his beloved to himself.

This image of Christ as a romantic sits uneasily with us, though we have been well instructed in its companion image of Christ as a husband from Ephesians 5 and elsewhere. Why will we consent to appropriate the imagery of marriage for this spiritual relationship but remain uncomfortable with its corollaries?

One reason is that Jesus was and still is male. If we’re going to talk about a romantic relationship with Jesus, and if we read the Bible as prohibiting homosexuality, then we have a problem for male believers if Jesus is their romantic lover.

Another reason is that when Paul uses the analogy of marriage to describe the relationship between Christ and his church, he is not thinking of Jesus as a polygamist. He is married to a bride, the corporate body of the church. I’m betting that Paul in Ephesians 5 did not imagine the union between Christ as believers as sexual.

Even John Wesley objected hymns his brother, Charles, and Isaac Watts were writing because they used romantic images that did not capture the nature a Christian’s love for Christ. John Wesley would not use “Jesus, Lover of My Soul,” in the Methodist Collection of hymns. He faulted Watts for offending decency “in a more gross manner than in anything which was before published in the English tongue” because the hymn writer substituted “coarse expressions” for spiritual truths. “How often,” Wesley complained, “in the midst of excellent verse, are lines inserted which disgrace those that precede and follow.”

No matter the temptation provided by the coincidence of Valentine’s and the Lord’s Day this year, thinking of Jesus as my boyfriend is a bad idea. 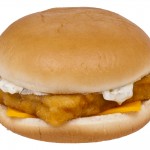 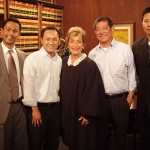 Looters and Rioters Don’t Care About...
The Chorus In The Chaos
Related posts from Putting the Protest in Protestant

Helen Bond's The First Biography of Jesus-- Part...
view all Evangelical blogs
What Are Your Thoughts?leave a comment
Copyright 2008-2020, Patheos. All rights reserved.