Does the Church Also Need to Apologize to Onanists?

So when Pope Francis says the church needs to apologize to gays and lesbians, will he also include all those boys (now men) upon whom mothers, fathers, priests, pastors, and nuns inflicted guilt, who sought sexual pleasure in forbidden ways? Imagine the following recommendation from Michael Sean Winters of the pope edited to include masturbaters:

Pope Francis’ comments, then, really are not that remarkable, or shouldn’t be. He said the church should apologize for marginalizing onanists and others over the centuries, a marginalization in which the church was not alone, to be sure, but by which the church fell short of the higher standards to which it is called by the Lord Jesus. Why then such a fuss? The fuss comes about in large part because of the fact that while the pope’s words should not be remarkable, they are.

When you put it that way, it sure does seem that affirming someone’s worth on the basis of their sexual preferences comes up a tad short. 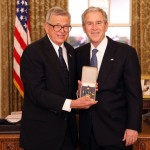 July 1, 2016
What Does Faith Have to do with Citizenship?
Next Post 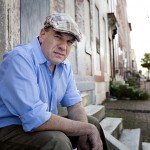 Who God Is--- More Discussions
https://www.youtube.com/watch?v=YAiTjLv1ZWI
view all Evangelical blogs
What Are Your Thoughts?leave a comment
Copyright 2008-2021, Patheos. All rights reserved.