The Tragedy and Mythology of Law Enforcement

Matthew J. Hall thinks evangelicals need to break the silence on race and speak out. But before they do, they need to listen:

Our evangelical tendency is to tweet/post/speak first, often without the requisite knowledge, and to ask questions later. It might surprise some, but pastors are not always known as the best listeners.

Perhaps the best thing you can do to start is to take a humble posture, recognizing that you have a racialized worldview of which you are likely unaware. Your beliefs, attitudes, and values have been formed in ways deeply informed by whiteness.

You can learn to listen by reading good books (see some recommendations at the end of this article).

Here are the books Hall recommends:

Hall didn’t include David Simon’s Homicide, but he should have. For the author who portrayed the challenges that urban police face and the brutality of which they are sometimes guilty in the unbelievably good HBO series, The Wire, was already on to the problems inherent in policing that none of us — from Black Lives Matter to Fox News — wants to admit:

A heavily armed nation prone to violence finds it only reasonable to give law officers weapons and the authority to use them. In the United States, only a copy has the right to kill as an act of personal deliberation and action. To that end, Scotty McCown and three thousand other men and women were sent out on the streets of Baltimore with .38-caliber Smith & Wessons, for which they received several weeks of academy firearms training augmented by one trip to the police firing range every year. Coupled with an individual officer’s judgment, that is deemed expertise enough to make the right decision every time.

It is a lie the police department tolerates because to do otherwise would shatter the myth of infallibility on which rests its authority for lethal force. And it is a lie that the public demands, because to do otherwise would expose a terrifying ambiguity. The false certainty, the myth of perfection, on which our culture feeds requires that Scotty McCown should have shouted a warning before firing three shots, that he should have identified himself as a police officer and told Ja-Wan McGee to drop what he believed was a weapon. It demands that McCown should have given the kid time to decide or, perhaps, should have used his weapon only to wound or disarm the suspect. It argues that a detective who fails to do these things is poorly trained and reckless, and if the detective is white, it allows for the argument that he is very possibly a racist capable of viewing every black teenager with a shiny lighter as an armed robbery in progress. It doesn’t matter that a shouted warning concedes every advantage to the gunman, that death can come in the time it takes for a cop to identify himself or demand that a suspect relinquish a weapon. It doesn’t matter that in a confrontation of little more than a second or two, a cop is lucky if he can hit center mass from a distance of twenty feet, much less target extremities or shoot a weapon from a suspect’s hand. And it doesn’t matter whether a copy is an honorable man, whether he truly believes he is in danger, whether the shooting of a black suspect sickens him no less than if the man were white. McCown was a good man, but he let go of a .38 round a moment or two before he should have, and in that short span both victim and shooter became entwined in the same tragedy. (Simon, Homicide, 108-109) 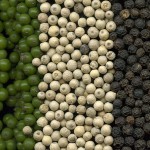 July 7, 2016
Does the Church Also Need to Apologize to Onanists?
Next Post 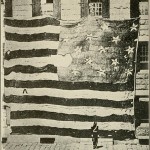