History as Seeing What You Want To

As evangelical historians discuss the merits of regular historians’ opposition to Donald Trump, another religious historian (not sure if Calvin College is evangelical), Kristin Du Mez, has a long piece on the faith of Hilary Clinton (notice how it helps if you can take a swing at Donald Trump):

Trump also took the opportunity to question his opponent’s faith. Hillary Clinton, he claimed, had “been in the public eye for years and years,” and yet “we don’t know anything about Hillary in terms of religion.”

This, of course, is utter nonsense.

Although Clinton has confessed a certain reticence when it comes to “advertising” her faith, and a preference for “walking the walk” rather than risk trivializing “what has been an extraordinary sense of support and possibility” throughout her life, she has consistently testified to her Methodist faith over the course of her long career in politics.

Skeptics may be surprised to learn that Clinton taught Sunday school and delivered guest sermons on Methodism as first lady of Arkansas, and that she devoted an entire chapter of her first book, It Takes a Village, to the importance of faith. They may not know that in her memoir Hard Choices, she credits the Wesleyan mantra, “Do all the good you can, at all the times you can, to all the people you can, as long as ever you can,” with prompting her to enter electoral politics, and later to leave the Senate and accept President-Elect Obama’s invitation to become secretary of state. In short, Clinton depicts her entire career in public service as a means of putting her faith into action.

This piece is informative about Clinton’s involvement in Methodist circles, her reading of certain theologians, and the links between her social gospel and political activism.

The problem, though, is that Professor Du Mez may be guilty of using scholarship for her own political preferences. For instance, someone who is both Methodist and critical of Clinton has observed that the Democrat’s faith was largely in the past and may not be bound by the convictions of evangelical Methodists:

Hillary’s speech recalled her own Methodist upbringing, an influential youth pastor who introduced her to the Social Gospel, her White House years at Foundry, during which the congregation formally rejected its denominational teaching on sexual ethics, and her ongoing Methodist-inspired devotion to promoting human equality. Understandably she did not cite Wogaman’s prominent role defending and counseling Bill during the Monica scandal.

To my knowledge, Hillary has not been a regular church goer since leaving the White House 14 years ago, although daughter Chelsea was married by a Methodist clergy in New York, whose congregation maybe a sort of home church for the Clintons.

But active church participation is not central for the Social Gospel, which focuses on transforming society, not saving individual souls. All the denominations that embraced the Social Gospel have suffered dramatic declines. It’s been argued that even as these churches die, their message has won, with Obamacare, same sex marriage, abortion rights, and an expanding welfare and regulatory state.

The same author, Mark Tooley, also notes that Clinton’s endorsement of same-sex marriage, is not the position of the Methodist Church:

Liberal activists that year pushing for change touted their theme of “Open Doors” for the church, meaning affirmation of homosexuality. Their activists smilingly opened convention hall doors for delegates to illustrate their point. After reciting her own history and appreciation for United Methodism during her address, Hillary exclaimed in conclusion to the crowd of clergy and laity: “Throw open the doors of our churches!” There were loud shrieks of excitement from liberal activists who appreciated her seeming, not so coded endorsement.

That particular General Conference, after tense debate, reaffirmed the church stance on sex and even added a new specific prohibition on same sex unions by clergy or churches. The growing African churches have ensured that United Methodism has not since liberalized.

But liberal United Methodism had indelibly helped shape the future U.S. senator, presidential candidate, and Secretary of State. And maybe her views on same sex marriage are rooted in her church experiences.

The question then is whether Professor Du Mez has an obligation to mention these aspects of Clinton’s faith, both her deviation from church positions and evangelical critics of her faith. Is it responsible to feature Clinton’s faith in all of its vigor while remaining silent on difficulties in her religious identity?

At least John Fea when he refers to Du Mez’s piece acknowledges the moral challenge that Clinton faces over recent email revelations:

Christians in the Republican Party can’t stand her. Did she lie about the e-mails? Yes. Is she a flawed candidate? Absolutely.

How can Du Mez then refer to Clinton’s faith as a possible resource for “leading a fractured nation” when David Brooks notices the 600 pound gorilla in the optics:

Third, you’re going to have to answer hatred with love. Your tendency so far in your career has been to answer hostility with distrust, and secretiveness.

You’ve ended up projecting coldness but also weakness and hurt. People who build emotional walls amid conflict do so out of fear, not strength.

Along the way you’ve made yourself phenomenally unpopular. The polls show that you are now just as distrusted by the American people as Donald Trump is.

The confident move is to break out of the emotional bunker with vulnerability. The sign of strength is to answer the “Lock Her Up” enmity with a confident honest account of what it feels like to be you — embroiled in the political combat, encased in this global celebrity role, but maintaining authenticity in a world that conspires against it.

Imagine if you displayed honest self-appraisal and even moments of remorse. You’d have the world rooting for you, not against you.

What if our evaluations of candidates have little to do with scholarship, political partisanship, a shared faith? What if it is something much more basic, even tribal? J. D. Vance’s column about hillbilly patriotism suggests as much:

At my high school, ranked for a time in the bottom 10 percent of public schools in the state, none of my classmates attended an Ivy League college. Barack Obama attended two of them and excelled at both. He is brilliant, wealthy and speaks like the law professor that he is. Nothing about him bears any resemblance to the people I admired growing up: His accent — clean, perfect, neutral — sounds almost foreign; his credentials are so impressive that they’re frightening; he made his life in Chicago, a dense metropolis; and he conducts himself with a confidence that comes from knowing that the modern American meritocracy was built for him.

And as president, his term started just as so many in the white working class began believing that the modern American meritocracy was not built for them. We know we’re not doing well. We see it every day: In the obituaries for teenagers that conspicuously omit the cause of death (reading between the lines: overdose), in the deadbeats we watch our daughters waste their time with, and in the fast food jobs that offer little money and even less pride.

In other words, our political decisions come down to whether we identify with or like the candidate. Lots of historians of late have gone out of their way to demonstrate their dislike of Trump. Now an early return from a historian who it’s fair to say like Clinton. Why don’t historians simply state their preferences? Why try to tart them up with scholarly panache?

I myself don’t care for Hilary. I don’t like Donald. That doesn’t make me objective. It doesn’t make a historian. It makes me wish the Phillies were gearing up for postseason play. 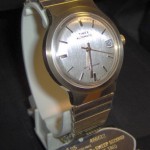 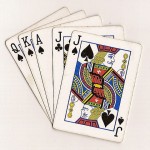 July 28, 2016 Evangelical Piety Trumps History
Recent Comments
0 | Leave a Comment
Browse Our Archives
get the latest from
Putting the Protest in Protestant
Sign up for our newsletter
POPULAR AT PATHEOS Evangelical
1

The Scientist Who Calculates the End...
Cranach
Related posts from Putting the Protest in Protestant