Can You Be Progressive and Intolerant?

A theme that goes around in evangelical circles is how born-again Protestants were once on the cutting edge of societal reform but then got mugged by the Republican Party and have been square, suburban, and oh so white ever since. Donald Dayton’s Discovering an Evangelical Heritage was one of the earliest contributions to this perspective. In it he noticed the disparity between how Republican evangelicals had become after World War II compared to how reform minded they had been when supporting anti-slavery and women’s rights a century earlier.

This way of interpreting evangelicals is alive and well. Kyle Roberts invokes Dayton directly to claim that evangelicals were progressive on women’s issues once upon a time:

I mean, there may be some progressive, egalitarian, feminist evangelicals today–but centuries ago? Surely not.

But you would be wrong.

Evangelicalism in America mainly sprang out of the soil of eighteenth and (perhaps especially) nineteenth-century American revivalism. And that nineteenth-century revivalism was in many cases quite progressive on several key social issues–one of which was the role of women in leadership.

Kathleen Davies, a PCUSA pastor, made a similar point (behind a pay wall) about how evangelicals are still people of firm conviction about Jesus AND are open to everyone. Real evangelicals don’t exclude but embrace everyone.

The problem with this argument is two-fold. First, the Republican Party at its founding was the home of anti-slavery activists. Democrats believed Republicans were radical and a threat to the political order of antebellum America. (Notice that the liberal and progressive party of choice today — the Democrats — was the pro-slavery party, a historical feature that progressive evangelicals usually ignore when complaining about Republican evangelicals.)

The second problem is that progressive evangelicals of the nineteenth century, like Charles Grandison Finney, were hardly tolerant of their opponents. He believed slave holders were sinners and that the sin of slavery needed to be purged from American society if the nation were to embody the kingdom of God.

In upstate New York, Charles Finney spurred huge revivals with thousands of converts. Finney preached that genuine conversion would always result in a changed life. Indeed, evangelicals formed a series of societies devoted to reform causes. The American Anti-Slavery Society, organized in 1833, was only one of these. It was, however, by far the most controversial.

Like all such societies, the American Anti-Slavery Society sought to change the world not by force but by “moral suasion.” In their official “Declaration of Sentiments” the founding delegates contrasted their methods with those of America’s revolution:

“Their principles led them to wage war against their oppressors, and to spill human blood like water, in order to be free. Ours forbid the doing of evil that good may come, and lead us to reject, and to entreat the oppressed to reject, the use of all carnal weapons for deliverance from bondage; relying solely upon those which are spiritual, and mighty through God to the pulling down of strongholds.

“Their measures were physical resistance—the marshalling in arms—the hostile array—the mortal encounter. Ours shall be such only as the opposition of moral purity to moral corruption—the destruction of error by the potency of truth—the overthrow of prejudice by the power of love—and the abolition of slavery by the spirit of repentance.”

The problem here for modern evangelical progressives is that Finney and company thought the same way about alcohol. Try getting progressives to give up their Brie and Chardonnay. They should if they want to complain honestly about Republican evangelicals. 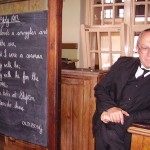 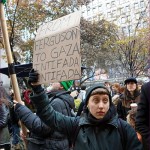 September 21, 2016 Does This Mean Black Lives Matter is Fundamentalist?
Recent Comments
0 | Leave a Comment
"I can never keep myself from being annoyed by the disingenuousness of the "complementarian" label. ..."
NorrinRadd Are Complementarians America’s Taliban?
"All of the LGBTQ sexually are mentally ill ( have a depraved mind ). And ..."
D.M.S. Being Evangelical, Being Gay
"What did he contribute?"
Roger McKinney Is David French the Best Judge ..."
"That's because French was and is part of the "Cult of Bush.""
Johnny Davis Is David French the Best Judge ..."
Browse Our Archives
Related posts from Putting the Protest in Protestant