I have often wondered what the nature of national sovereignty was like under Soviet Communism. Leaders like Romania’s Nicolae Ceaușescu or Yugoslavia’s Tito seemed to have a degree of autonomy in the way they conducted national affairs that did not fit with the lessons I learned about the Soviet Union as a high school student. The Soviets were tyrannical and restricted personal freedom. Yet, the Soviet Union was a union of nation-states, not simply one big Russia. Was it like the United States where a political union only granted so much autonomy to member states? Did Alabama or Alaska have more freedom to determine local affairs than Romania or Yugoslavia in the Soviet system. These were questions the Americans I knew (and watched on television) rarely asked.

The nature of an occupying government is now also available for consideration in the somewhat popular Amazon series, “Man in the High Castle,” the premise of which is that the Allies lose in World War II and the Japanese and German governments occupy respectively the western and eastern sectors of the United States.

All of this seems especially pressing when I read the press’ coverage of the new Trump administration. It feels like the United States has been invaded and occupied by a foreign power. This is not reality TV come to the White House but cable tv drama come to the United States. Listen to the New Yorker’s editor, David Remnick:

The reality is that the Donald Trump of birtherism, of Mexican “rapists,” of Muslim registries, of “grab them by the pussy,” of bankruptcies and lawsuits and colossal conflicts of interest—this is the same Donald Trump who, with his hand on Lincoln’s Bible, is taking the oath of office, vowing to preserve, protect, and defend the Constitution of the United States.

The reason so many people are having fever dreams and waking up with a knot in the gut is not that they are political crybabies, not that a Republican defeated a Democrat. It’s not that an undifferentiated mass of “coastal élites” is incapable of recognizing that globalization, automation, and deindustrialization have left millions of people in reduced and uncertain circumstances. It is not that they “don’t get it.” It’s that they do.

What Remnick doesn’t seem to get is that Donald Trump is an American. Americans may not be as great as Trump thinks and a lot worse than the regulars of Remnick’s daily life. But if you observe American life — from its politics and culture to its religion and music — can you really act as if Donald Trump is not a product of the United States, or that somehow our political system disqualifies people like Trump from running for and holding political office?

Maybe we need to change national standards. Maybe gate keepers like Mr. Remnick should use his cultural position to lead the charge. But can you really be indignant that America produced an American POTUS? 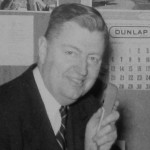 January 26, 2017
Remember When Separatism was so Fundamentalist?
Next Post 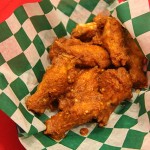 February 3, 2017 Can We Have a National Conversation about Decency?
Recent Comments
0 | Leave a Comment
Browse Our Archives
get the latest updates from
Putting the Protest in Protestant
and the Patheos
Evangelical
Channel
POPULAR AT PATHEOS Evangelical
1