Remember When Separatism was so Fundamentalist?

Remember When Separatism was so Fundamentalist? January 26, 2017 D. G. Hart

Back in the day (and in grad school while studying the history of American evangelicalism), the way to tell the difference between a fundamentalist and an evangelical was to reach for separatism. Fundamentalists like Carl McIntire (and J. Gresham Machen) severed ties with mainline Protestant denominations so thoroughly that to belong to McIntire’s American Council of Christian Churches, you could not be in a mainline church or belong to the Federal (later National) Council of Churches. But when neo-evangelicalism came along in its kinder gentler version of conservative Protestantism, if you wanted to join the National Association of Evangelicals and keep your membership in the Protestant mainline you could.

That was the 1940s when the dangers of modernism were a big deal among conservative Protestants.

The line of demarcation became even more visible when during the 1957 Billy Graham Crusade (they really called them that) in New York City Bob Jones, the president of Bob Jones University, determined he could no longer support Graham because the evangelist was cooperating with mainline churches during the hoped for revival. To keep this straight, Jones was a separatist and a fundamentalist; Graham was merely an evangelical.

Which leads to the punchline, a fundamentalist is an evangelical who is angry.

So what does that do to evangelicals who look at Donald Trump the way that Bob Jones used to look at Harry Emerson Fosdick?

It’s difficult to trace the evangelical “exodus” back to its origin, but one of the earliest defections came from Russell Moore, president of the Ethics and Religious Liberty Commission, the political arm of the Southern Baptist Convention. In a February Washington Post article, he announced that he had stopped describing himself as an “evangelical,” opting for “gospel Christian” instead.

The impetus for Moore’s departure was, in part, the manner in which his comrades had supported Trump for president: “I have watched as some [evangelicals] who gave stem-winding speeches about ‘character’ in office during the Clinton administration now minimize the spewing of profanities in campaign speeches, race-baiting and courting white supremacists, boasting of adulterous affairs, debauching public morality and justice through the casino and pornography industries.”

For decades, evangelicals have overwhelmingly voted Republican, but Trump’s flaws made him an unlikely choice for the group. Trump gathered evangelical support early in the primaries, which continued through July’s nominating convention and through the election—despite multiple high-profile scandals, including his 2005 comments about women on an Access Hollywood tape, that would ostensibly offend conservative people of faith. In November, 81 percent of white evangelicals voted for the Trump ticket—a higher percentage than voted for George W. Bush, John McCain, or Mitt Romney.

Moore’s fiery column set him apart when he wrote it. But after the general election, he was followed by numerous other evangelicals disillusioned by Trump’s staggering victory.

On election night, as the results rolled in, evangelical author Preston Yancey tweeted, “So I guess I’m not evangelical. Because I’m not whatever the hell this is.” His message received more than 1,000 likes and retweets.

The following day, prominent evangelical activist Shane Claiborne grieved how evangelical patriarchs such as Focus on the Family founder James Dobson, Billy Graham’s son Franklin Graham, and Liberty University President Jerry Falwell Jr. had “overlooked Trump’s anti-Christian values.” This, he said, left many feeling like religious orphans. “Trying to mix Christianity with a political party can be sort of like mixing ice cream with horse manure. It might not harm the manure, but it sure messes up the ice cream,” Claiborne said in a blog post. “For evangelical Christians in this election, manure and ice cream got mixed together in a catastrophic way. As a result, many evangelical Christians will need a new home.”

On November 10, evangelical scholar John Fea began a post-election article for Religion News Service identifying himself “as someone who once called himself an evangelical.” The previous night he tweeted, “If this is evangelicalism—I am out.”

Trump won, in part, because of the millions of evangelicals who voted for him.
Evangelical blogger Skye Jethani followed a day later, publishing an open letter “to the term ‘evangelical’” itself that claimed he would no longer accept the label as his own: “What was admirable about your name has been buried, crushed under the weight of 60 million votes. … I can no longer be called an evangelical.”

And on November 14, one more shoe dropped. Katelyn Beatty, former managing editor of Christianity Today, wrote in The Washington Post that she could no longer defend her fellow evangelicals, describing how “the faith that has been my home for 20 years seems foreign, even hostile.”

Someone might well ask if voting for POTUS rises to the level of the authority of Scripture of correct teaching about salvation. At least the first generation fundamentalists did not leave churches over differences between Democrats and Republicans.

Aside from the relative importance of politics, does the election of Trump give those evangelical historians who lecture about fundamentalism and sometimes tsk tsk the separatism that lurked in those precincts, does Trump force evangelical historians to view Bob Jones and Carl McIntire with more sympathy? After all, they are doing a pretty good impersonation of fundamentalism. 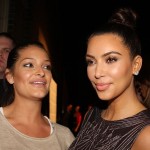 January 24, 2017
If Caitlyn Jenner is Normal, Why Can't Donald Trump Be?
Next Post 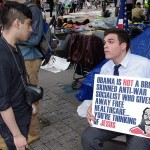 February 2, 2017 Living in TV Reality
Recent Comments
0 | Leave a Comment
"Yes, I've read all I could stomach. She is part of a group of academics ..."
Roger McKinney Maybe Dr. DuMez Has a Point
"You've read her work, I presume? It's amply full of evidence, historical primary sources, and ..."
Kendra Fletcher Maybe Dr. DuMez Has a Point
"It almost seems that the outcome is the same with or without God.Kinda makes you ..."
Ann Social Justice and the Problem of ..."
"It seems the DuMez types rely mostly on assuming the worst motives of others rather ..."
Roger McKinney Maybe Dr. DuMez Has a Point
Browse Our Archives
get the latest updates from
Putting the Protest in Protestant
and the Patheos
Evangelical
Channel
POPULAR AT PATHEOS Evangelical
1

A Model Statement of Faith
Roger E. Olson
Related posts from Putting the Protest in Protestant