The Reformation Was about Ending Prosperity Gospel

Sarah Pulliam Bailey has a piece today (Reformation Day) on rivalry between Brazil’s Pentecostals and Roman Catholics. She frames the competition by invoking Luther and the Reformation:

Speaking from a stage encircled by 12 large wooden crosses, Gabriel Camargo held up wads of fake Brazilian money, showing his flock what could be theirs.

“God will bless you if you give a lot more to the church,” said Camargo, a pastor with the Universal Church of the Kingdom of God.

Then he extended an arm and pointed a large black pouch toward his parishioners in the working-class neighborhood of Osasco.

Pick up your wallets and purses, he said, instructing his flock to look for Brazilian reais. About a dozen people hurried forward, dumping bills and change into the bag.

Those without cash didn’t have to worry: An usher held out a credit card machine. “You’ll have so much money” after giving generously to the church, the pastor boomed, that “smoke is going to come out of the machine.”

In a country struggling with the worst economic crisis in its history, with long queues at unemployment offices and public health clinics, perhaps it’s not surprising that Brazilians are increasingly drawn to the promises of personal wealth.

The belief that faith can lead to riches — known as the prosperity gospel — is a form of Pentecostalism, a Protestant movement that, in a modern-day version of the Protestant Reformation 500 years ago, is challenging the dominance of the Catholic Church in Latin America’s most populous country.

Brazil, which has the most Catholics per capita of any country in the world, is undergoing religious debates similar to those sparked in 1517 by a fiery German preacher named Martin Luther — over church riches and corruption, political power and the proper way to read the Bible. By 2030, Catholics, now the religious majority in Brazil, are projected to become a religious minority.

Lest readers think that Protestants were the ones who gave the Christian world a prosperity gospel, Jake Meador provides a useful reminder that Luther’s objections to Roman Catholicism concerned precisely the profits that church officials made from selling forgiveness for sins that held deceased Christians in purgatory. He provides a quotation from John Tetzel, the chief salesman of indulgences in Luther’s vicinity, who solicited funds in the following manner:

Don’t you hear the voices of your wailing dead parents and others who say, ‘Have mercy upon me, have mercy upon me, because we are in severe punishment and pain. From this you could redeem us with a small alms and yet you do not want to do so.’ Open your ears as the father says to the son and the mother to the daughter . . ., ‘We have created you, fed you, cared for you, and left you our temporal goods. Why then are you so cruel and harsh that you do not want to save us, though it only takes a little? You let us lie in flames so that we only slowly come to the promised glory.’ You may have letters which let you have, once in life and in the hour of death . . . full remission of the punishment which belongs to sin. Oh, those of you with vows, you usurers, robbers, murderers, and criminals – Now is the time to hear the voice of God. He does not want the death of the sinner, but that he be converted and live.

The Reformation started because Luther objected to this sales pitch. Protestantism began first in reaction to the sale of indulgences. Only in the 1520s did Luther and other reformers get around to justification by faith alone or the authority of Scripture.

If the state of Brazilian Protestantism brings 1517 to Bailey’s mind, it cannot be the figure of Luther. After all, his most famous hymn had almost nothing to do with prosperity:

That Word above all earthly powers
no thanks to them abideth;
the Spirit and the gifts are ours
through him who with us sideth.
Let goods and kindred go,
this mortal life also;
the body they may kill:
God’s truth abideth still;
his kingdom is forever! 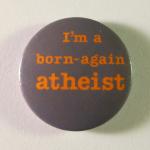 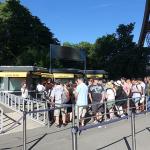 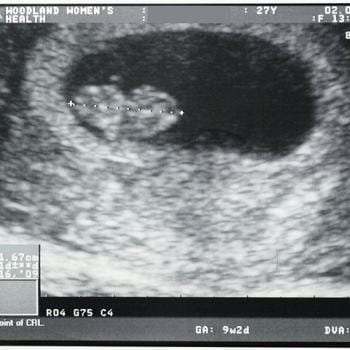