The line is long for people waiting to leave the land of evangelicalism. The Guardian reports on two more Protestants who have abandoned evangelical identity:

Christopher Stroop, a former evangelical who now speaks out against the faith, says this has contributed to a wave of Christians fleeing the term “evangelical”.

“There’s a support group on Facebook called ‘Exvangelical’,” he said, “and I see a lot of people on there saying it was after the 2016 election that they decided they needed to distance themselves from that term. These are people who don’t agree with the politics of evangelicals. And really, these days, anyone who doesn’t agree with the politics of evangelicals, but wants to still use that term, are too much of a minority to be relevant to its definition.”

Another is a grandson of Billy Graham:

“I don’t identify myself with that term any more,” Boz Tchividjian said recently. He was talking about being “evangelical”, the movement his grandfather, the Rev Billy Graham, helped popularize in America. “Words matter,” Tchividjian said, “and ‘evangelical’ isn’t like Baptist or Episcopalian, which can be clearly defined. The minute you use that term to someone,, “you’re defined by how they interpret it.”

Tchividjian is among a growing number of religious people and groups in America who have stopped identifying as evangelicals in order to distance themselves from the more extreme elements of Christian society, while remaining true to their principles.

Why do evangelicals specifically and Americans more generally think that religion or politics or some kind of moral conviction needs to define all parts of personal identity? Why can’t you be evangelical in one part of your life, and Democrat in another? Obviously, that’s not the way history has gone, but this is an intellectual exercise that anyone could play and even attempt to live.

Take for example the great sociologist, Daniel Bell, who in his book, The Cultural Contradictions of Capitalism described himself as a socialist in economics, a liberal in politics, and a conservative in culture. “Many persons might find this statement puzzling,” he explained, “assuming that if a person is radical in one realm, he is a radical in all others; and, conversely, if he is a conservative in one realm, then he must be conservative in the others as well.” But modern capitalistic society does not permit such ideological consistency. According to Bell, “[S]uch an assumption misreads, both sociologically and morally, the nature of these realms.”

The reason is that modern politics and economics segregate personal identity (ideally) from all sorts of human transactions. I buy gas from the local convenience store and no one inspects where I go to church or to which political party I belong. I take in a movie at the nearest cineplex and watch a movie that has many people acting whose personal lives may be objectionable but whose performance is worth watching. (That movie may have even been produced by a creepy Hollywood executive but my moral objections to his personal conduct do not prevent my wanting to see the movie he backed.)

Such segregation of personal conviction and social interaction even extends to marriage. I may not approve of all the movies and music that entertain my wife, and I may even object to the way she calculates the morality involved in relating to my in-laws. But that does not mean we are less united as man and wife. Nor does being married mean that my wife and I are lock step on politics, culture, child rearing, or the designated hitter. What couple is?

So maybe the solution for evangelicals who want to abandon the mother ship is to take a page from Daniel Bell. Be an evangelical in religion, an anti-Trumper in politics, a liberal in economics, and a modernist in art. Where does it ever say in the Bible that all the dimensions of modern society need to line up with Scripture, especially when the Bible is silent on the DH and aesthetics? 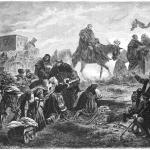 October 31, 2017
The Reformation Was about Ending Prosperity Gospel
Next Post 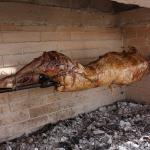 November 9, 2017 Whatever Happened to Doing All for the Glory of God -- even Watching Movies?
Recent Comments
0 | Leave a Comment
"I can never keep myself from being annoyed by the disingenuousness of the "complementarian" label. ..."
NorrinRadd Are Complementarians America’s Taliban?
"All of the LGBTQ sexually are mentally ill ( have a depraved mind ). And ..."
D.M.S. Being Evangelical, Being Gay
"What did he contribute?"
Roger McKinney Is David French the Best Judge ..."
"That's because French was and is part of the "Cult of Bush.""
Johnny Davis Is David French the Best Judge ..."
Browse Our Archives
Related posts from Putting the Protest in Protestant