Has Thabiti Anyabwile Let Angela Merkel Off the Hook?

The legacy of Martin Luther King, Jr. continues to play out and The Gospel Coalition is hosting some of those considerations among New Calvinists. Thabiti Anyabwile has been debating white evangelicals’ complicity in racism with James White and that exchange led to this arresting comparison from pastor Anyabwile:

Hitler’s Third Reich marched through Europe with hopes to establish his “super race.” Along the way he and his generals killed millions of Jewish people in concentration camps and ovens. He did it in the name of Germany, and by-and-large German people went along with the program. There were the Dietrich Bonhoeffers (who, incidentally, was killed in a concentration camp on this day in Flossenburg) who actively opposed Hitler. But they were in the minuscule minority. The bulk of Germany “followed orders” as soldiers, turned in Jews to authorities, and generally went along with the program.

Nowadays, when we talk about the guilt associated with that period of history, we understand Germany as a whole to be guilty of killing millions of Jews. We would even understand the German people to be complicit in murdering Bonhoeffer. The Germans recognize it too. Today, Germans grieve, confess, remember, and continue in their repentance of that horrific history.

I suspect no fair reader of this post would disagree about German complicity in the Holocaust. Well, in a post reflecting on the 50th anniversary of Dr. King’s assassination, no fair reader should have difficulty admitting the racism of the Civil Rights period and the complicity of white America in Jim Crow segregation and the murder of Dr. King. This was the point of the post and what I said. It should be admitted.

I agree with The District pastor that no one should deny that racism existed at the time when King died, the victim of an assassin’s bullet, or that white Protestants were innocent of racial bigotry. I also agree with Anyabwile that racism still exists.

And yet, evangelical figures like pastor Anyabwile don’t seem to hold in contempt a nation, Germany under Nazis, that one could argue was a notch or two down the moral ladder from the United States under Jim Crow. That may be a tough call but numbers of deaths would seem to count for something in that moral calculation. I assume that Anyabwile thinks Germany has moved on from its days under Hitler, and that those elements of the German population, skinheads, for instance, still attracted to National Socialism, do not require the rest of the world to view Germany as still deeply flawed, the way it was during the 1930s and 1940s, or that Germany still needs to amend its ways.

In which case, if we can co-exist with Germany and its few wayward citizens, in fact, if we can look at Germany now as a normal place, why can’t pastor Anyabwile look at his evangelical critics through the lens of post-Civil Rights America? Why not have a view of the United States that recognizes the strides that have been made to eliminate structural racism the way that Germany no longer countenances direct or formal anti-Semitism? And why not regard those people who don’t seem to admit to America’s racism the way many look at the far right in Germany, as aberrations that prove the rule of generally fair and tolerant social standards? Why not view the United States, then, through the lens of its reformed legislation and policies rather than through the optics of the relatively minor figures who deny the extent of racism in America’s past?

If Germany is okay (not great but okay), isn’t the United States also? 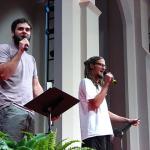 April 9, 2018
New Calvinists and Red Letter Christians Together
Next Post 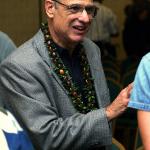 April 16, 2018 The 252nd Way that Evangelicalism Is Not Like Historic Protestantism
Recent Comments
0 | Leave a Comment
"My thoughts. Somewhere along the way people forgot or misunderstand the main point of Jesus' ..."
Richard Aahs Exvangelicals before Exvangelicals
"Eucharist commonly used to denote communion is "eucharistia ( εὐχαριστίας ) ". It means thankfulness ..."
Johanan No Words, No Real Presence
"Aah. More assumptions and projections. Good for you."
Richard Aahs Courage in the Age of Trump
"you are so confused, bet you got you stuff from Fox (Faux).. It is folks ..."
Dhammarato Atheist Courage in the Age of Trump
Browse Our Archives
Follow Us!