The Gospel Coalition held a conference to honor the legacy of Martin Luther King, Jr., and according to several tweeters, Russell Moore stole the show with a talk based on Matthew 23. There Christ challenges the Pharisees for honoring prophets like Zechariah even when in the prophet’s day the Israelites refused to heed the prophet’s warning.

29 “Woe to you, scribes and Pharisees, hypocrites! For you build the tombs of the prophets and decorate the monuments of the righteous, 30 saying, ‘If we had lived in the days of our fathers, we would not have taken part with them in shedding the blood of the prophets.’ 31 Thus you witness against yourselves that you are sons of those who murdered the prophets. 32 Fill up, then, the measure of your fathers. 33 You serpents, you brood of vipers, how are you to escape being sentenced to hell? 34 Therefore I send you prophets and wise men and ascribes, some of whom you will kill and crucify, and some you will flog in your synagogues and persecute from town to town, 35 so that on you may come all the righteous blood shed on earth, from the blood of righteous Abel to the blood of Zechariah the son of Barachiah, whom you murdered between the sanctuary and the altar. 36 Truly, I say to you, all these things will come upon this generation.

On one level, this was a clever argument since it allowed Moore to notice (as he did here) the hypocrisy between evangelicals’ contemporary celebration of King and the reality that fifty years ago born-again Protestants were opposed or indifferent to King’s call for civil rights for blacks. Moore’s challenge was to say that you can’t have King on your side today without acknowledging that your fathers and grandfathers opposed King, and that your evangelical churches may still be as segregated as they were in the 1960s.

What Moore did not say, and where he may have been guilty of the very problem that Jesus identified in the Pharisees, was to mention those contemporary prophets that evangelicals should be listening to and following. After all, Moore appealed to King to plead for the integration of evangelical churches. But by the time that the African-American Civil Rights leader had reached Memphis, his message had turned to much more than race; King was speaking out against the Vietnam War and economic inequality:

Fox News and its devotees tried to domesticate King in classic fashion back in January on MLK Day. In a commentary for the network’s website, Jeremy Hunt played up one side of King’s life and legacy — that he was a Christian minister who spoke of inner spiritual transformation—while ignoring the political nature of what King spent much of his time pursuing: specific changes to policies and practices to elevate African Americans.

“It’s a day for national unity, not political division,” the headline read.

Lest we forget, King was in Memphis on the day of his assassination to fight for better pay and working conditions for the city’s sanitation workers. That’s political. This followed a year in which he took a controversial position against the Vietnam War and the societal sins of poverty and militarism, incurring bitter pushback. That’s political.

During the civil rights movement, King led marches and similar actions that infuriated protectors of the status quo; this, so that black people could vote and enjoy other benefits of equal citizenship. That’s political.

By leaving out the parts of King beyond racial reconciliation, Moore was doing something similar to what the Pharisees did — airbrushing out those less than comfortable parts of King’s argument against U.S. foreign and economic policy.

And if Moore were to adopt the sort of sweeping critique of evangelicalism that King displayed against the United States by the end of his life, the head of the Ethics and Religious Liberty Commission might come around to embrace Tony Campolo and Shane Claiborne’s Red Letter Christianity. From one angle (not mine since I am some kind of political libertarian or conservative), the Red Letter Christians are today’s prophetic witness and may be the closest to attempting the kind of comprehensive response by Christians to racial and economic inequality in the United States that King elaborated. If Moore thinks the Israelites’ problem was to honor the prophets only after they were safely dead and buried, then what contemporary prophets will he honor and recommend while also commemorating King?

Could he and his New Calvinist colleagues at The Gospel Coalition or his fellow members in the Southern Baptist Convention really support Claiborne et al’s Repairers of the Breach‘s Moral Agenda? I’m sure the New Calvinists wouldn’t have too much trouble with the Red Letter Revival that recently challenged Jerry Falwell, Jr.’s support for Donald Trump in Lynchburg. But that’s only the tip of these living prophets‘ iceberg:

This Higher Ground Moral Declaration provides a moral agenda for our nation on issues including: democracy and voting rights; poverty and economic justice; workers’ rights; education; healthcare; environmental justice; immigrant rights and challenging xenophobia; criminal justice; LGBTQ rights; and war-mongering and the military. For each issue area, an individual moral and constitutional foundation is established. The positions are neither left nor right, nor conservative or liberal. Rather, they are morally defensible, constitutionally consistent, and economically sound. Most importantly, they represent, as Dr. King urged, a revolution in values.

So will those who gathered with Moore in Memphis step up and pledge their support for Red Letter Christianity? Thabiti Anyabwile’s disassociation of anti-racism from Marxism notwithstanding, the King that Moore invoked was not the whole King of 1967-1968. In fact, for anyone on the political right, even of a NeverTrump variety, to appeal to King for legitimacy is to miss where his speeches and career went after “I Have a Dream.” 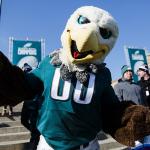 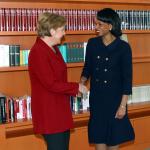 April 12, 2018 Has Thabiti Anyabwile Let Angela Merkel Off the Hook?
Recent Comments
0 | Leave a Comment
Browse Our Archives
get the latest from
Putting the Protest in Protestant
Sign up for our newsletter
POPULAR AT PATHEOS Evangelical
1