Looks to me like politics is a bigger influence on religion than Christians transforming culture. George Hawley explains in a short review of a new book:

Michele F. Margolis, a political scientist at the University of Pennsylvania, just published a powerful new book that helps to clarify this issue. She demonstrated that the connection between politics and religion cuts across party lines, operating differently on Republicans and Democrats. From Politics to the Pews is an important work for anyone who wants to think deeply about these issues, though its implications are disturbing. According to Margolis, we are increasingly likely to allow our party identification to determine our religious affiliation.

The idea that something as personal and presumably important as our religious practices and identities could be determined by our political preferences may initially seem implausible, but Margolis reminds readers that political identities are solidified at a critical time in most people’s religious lives. Young adulthood, the age at which our party identifications tend to congeal, is also when our religious identities are most vulnerable.

On average, people from all religious traditions see a significant drop-off in religious activity during their young adult years and do not typically return to high levels of religious involvement until they form families of their own. Young adulthood is also when many of us are most passionate about partisan politics and become likely to surround ourselves with copartisans. Our social networks become partisan echo chambers.

Although both Republicans and Democrats from religious households decrease their religious activities in the first years of adulthood, they show different rates of return. As the earlier research suggested, Democrats are less likely to return to their religious fold; the opposite is true for Republicans. In both cases, it appears that party identification is the reason….

It is distressing to think that our preference for Team Red or Team Blue determines our answers to life’s deepest questions. From a religious person’s perspective, it may seem bizarre and foolhardy to abandon your faith (and presumably endanger your soul) because of which box you check in November. On the other hand, it is no less superficial to go to church because doing so signifies your status as a good Republican.

This confirms what researchers found about evangelicalism in the United States when compared to similar believers in Canada. Even though apparently sharing the same beliefs and practices, born-again Protestants south of the border (but not too far, don’t want to get into Mexico, mind you) use faith for partisan ends:

If Christianity is sweeping in its claims and its adherents believe the same things, then why do Christians not act the same way in public life no matter to which nation they belong? It turns out the political context determines what is religiously and politically possible. 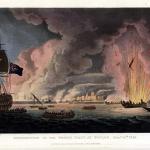 August 29, 2018
A Fleet or Two Ships Passing in the Night
Next Post 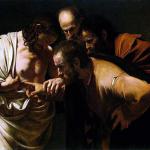 September 4, 2018 How Much Does Doctrine Matter?
Recent Comments
0 | Leave a Comment
Browse Our Archives
Related posts from Putting the Protest in Protestant