How Much Does Doctrine Matter?

For Damon Linker, what convinced him to become Roman Catholic was not doctrine but beauty. And once he saw the ugliness of the current scandal (he had hoped for the best back in 2001), he had to leave:

When I converted to the Catholic Church 18 years ago, I did so in large part because I was deeply moved by the act of self-sacrifice that the church places at its heart. God sacrifices his beloved son, and his son freely accepts that sacrifice, out of self-giving love for humanity. Out of that breathtakingly beautiful gesture, the church built a new civilization founded on a message of forgiveness of sins, of care for the poor, of beatitude, of salvation and eternal life for all.

Of course the history of the church is filled with imperfection, of violence, of all-too-human sin and corruption. But monuments to the church’s message were everywhere to behold: art and architecture, an intellectual tradition, a comprehensive moral and eschatological vision of all things from first to last, a politics founded on a belief in the equal dignity of all. If I didn’t really believe in all of the theological precepts taught by the church, at least I wanted to — because I considered them beautiful, and because I wanted to be a part of the beauty, to elevate myself by assimilating myself to it.

That impulse seems very far away from me now. It began to fade in the church scandals that broke less than two years after I entered the church. The crisis deepened by working for a devout priest who responded to the scandals by circling the wagons against the secular press and its impertinent reporters looking to harm the church with their pesky attachment to uncovering the truth.

In other words, truth about a lack of holiness wound up mattering more than the beauty of the church.

Rod Dreher, who left Roman Catholicism for Eastern Orthodoxy, basically understands Linker’s point. Again, doctrine was not as important as belonging to something big:

Catholicism is such a totalizing faith. That’s not a criticism at all. There’s a good book that came out in the ’80s, titled Once A Catholic. It was a collection of interviews with Catholics — some of whom had left the Church — reflecting on their lives and childhoods as believers. It was a mixed bag — some were thrilled by their faith, others mourned its loss, and some, as I recall, were angry — but it was compelling reading. I first encountered the book as I was thinking about converting to Catholicism. It was both daunting and alluring. Could I really give myself over to a religion that would get so deep into my bones that even if I left it, it would haunt me for the rest of my life? Then again, if it is true, why wouldn’t I want to do that?

Well, I did give myself over to it, and I can tell you, having practiced it diligently for 13 years, and having been away from it for 12, it does haunt me. I describe having lost the ability to believe in it anymore as like leaving a bad marriage. I wanted so bad for this “marriage” to work, but I realized one day that my bride didn’t love me, that she loved herself, and was going to do whatever she wanted to do, and to hell with me and the kids. Staying in this marriage meant putting up with her abusiveness. I couldn’t do it anymore. I broke. To switch the metaphor, it was like having to hold on to a hot iron skillet with bare hands. Eventually the pain was too great, and I had to let go.

Rod also includes the reaction from the popular Roman Catholic apologist, Karl Keating (from his Facebook page), to Linker’s departure:

He entered the Church expecting to find beauty at various levels, and he was disappointed. He found neither aesthetic nor moral beauty, and in the scandal he found immense moral ugliness.

Now he’s left, without saying that he had entered the Church convinced that the Catholic Church was true in all its teachings. The best he can do is to say that he wanted those teachings to be true.

It reminds me of something Linker’s one-time boss said. When asked why he had converted from Lutheranism to Catholicism, Neuhaus said he became a Catholic because the Reformation no longer was necessary.

Neuhaus was wrong in his fundamental motive (or excuse). There never was a need for the Reformation. That historical event was one of history’s greatest tragedies and disasters.

So I see a similarity between Linker’s attitude and Neuhaus’s: not a complete congruence, but a similarity. Neither one seems to have become Catholic because he was convinced the faith was irresistibly true and that he couldn’t escape that truth. They came in largely for other reasons, whether quasi-political or aesthetic. At least in Linker’s case, that ended up not being enough.

The problem with Keating’s response is who can actually keep up with 2000 years of teaching (does the Vatican have an app for that?)? As my colleague in history at Hillsdale College put it (he sent it to Dreher but Rod apparently had passed on to other topics):

With all respect, I’m not sure Karl Keating’s take on Damon’s departure is entirely fair. And I think this is important.

He complains that Damon left “without saying that he had entered the Church convinced that the Catholic Church was true in all its teachings.” But how many people can honestly and accurately say they enter—or remain—in the Catholic Church convinced that all its teachings are true. When the Catechism comes in at 800 pages, how many can honestly and accurately say they even know all the Church’s teachings, even in that summary form?

Further still, when the very meaning of the Catechism’s teaching is unclear (e.g., the recent capital punishment kerfuffle), how does one say with conviction that he believes that teaching?

Because few Catholics are bold enough to say they actually know all the Church’s teachings, the traditional recourse is some version of “the Church cannot err in its teaching, so whatever she teaches—even if I’m still struggling with, or even unaware of, that teaching—must be true.” But of course the Church teaches via her bishops, and preeminently the bishop of Rome. So the claim is, in effect, “I trust that the bishops and the pope speak the truth.” (Yes, I’m aware that the underlying theological claim is a little more sophisticated than that; still.)

But that trust is precisely what is being forfeited with the cover-up scandals. And note the already evident domino effect. In light of the scandals, many faithful Catholics, for example, are now comfortable saying that it was likely a mistake to canonize John Paul II. But it has long been the majority opinion of the Church’s theologians that canonizations are exercises of papal infallibility. If, in light of the scandals, otherwise faithful Catholics are now willing to doubt what was long believed an infallible exercise of magisterial authority, there’s little reason for them not to doubt other of the Church’s teachings. That’s not to say they necessarily will doubt other teachings; but the door’s been cracked and there’s no longer a principle to prevent it being thrown wide open.

I don’t know if this quite captures your own experience, or Damon’s, but I suspect it’s going to be the experience of many more before this is all over.

That reinforces a point I have tried to make but which falls on deaf ears for people who seem to think you can separate doctrine from morals. If you distrust the judgment of bishops on church government and assessing the qualities of priests, how can you still have confidence in their teaching? Because, as Rod Dreher admits, Roman Catholicism is such a totalizing faith, if you start to pull at one thread (doubt the integrity of bishops about a scandal) how do you keep the quilt together (what the bishops have taught supposedly with integrity for two millennia)? 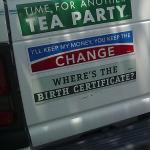 August 30, 2018
Does Religion Drive Politics or Vice Versa?
Next Post 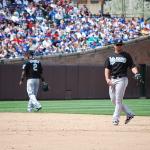 September 6, 2018 Why Roman Catholicism is Special
Recent Comments
0 | Leave a Comment
"I can never keep myself from being annoyed by the disingenuousness of the "complementarian" label. ..."
NorrinRadd Are Complementarians America’s Taliban?
"All of the LGBTQ sexually are mentally ill ( have a depraved mind ). And ..."
D.M.S. Being Evangelical, Being Gay
"What did he contribute?"
Roger McKinney Is David French the Best Judge ..."
"That's because French was and is part of the "Cult of Bush.""
Johnny Davis Is David French the Best Judge ..."
Browse Our Archives
Related posts from Putting the Protest in Protestant