If the Intellectual Dark Web (IDW) is a thing, is it possible that it has a theological equivalent? For those who haven’t heard of IDW, here‘s a brief overview:

Bari Weiss, an opinion writer and editor at the New York Times, created a stir this week with a long article on a group that calls itself the “Intellectual Dark Web.” The coinage referred to a loose collective of intellectuals and media personalities who believe they are “locked out” of mainstream media, in Weiss’s words, and who are building their own ways to communicate with readers.

The article provoked disbelieving guffaws from critics, who pointed out that cable news talking heads like Ben Shapiro have hardly been purged. Many words could be used to describe Harris, but ”silenced” is not plausibly one of them.

Some assertions in the piece deserved the ridicule. But Weiss accurately captured a genuine perception among the people she is writing about (and, perhaps, for). They do feel isolated and marginalized, and with some justification. However, the reasons are quite different from those suggested by Weiss. She asserts that they have been marginalized because of their willingness to take on all topics and their determination not to “[parrot] what’s politically convenient.”

Most readers here will be familiar with Jordan Peterson, the current go-to source for young men who need common sense, but some may be surprised to hear he is associated with something dark. Other members in IDW were in the news a year ago, Bret Weinstein and Heather Heying (married) who taught at Evergreen State College and received an untoward reaction when they refused to go along with campus events designed to heighten racial sensitivity (which wasn’t how they saw it).

What shades IDW, according to Weiss, is its members’ refusal to comply with progressive standards in the academy and media:

Here are some things that you will hear when you sit down to dinner with the vanguard of the Intellectual Dark Web: There are fundamental biological differences between men and women. Free speech is under siege. Identity politics is a toxic ideology that is tearing American society apart. And we’re in a dangerous place if these ideas are considered “dark.”

If these are samples of IDW thought, the principles that give them a measure of coherence are these:

First, they are willing to disagree ferociously, but talk civilly, about nearly every meaningful subject: religion, abortion, immigration, the nature of consciousness. Second, in an age in which popular feelings about the way things ought to be often override facts about the way things actually are, each is determined to resist parroting what’s politically convenient. And third, some have paid for this commitment by being purged from institutions that have become increasingly hostile to unorthodox thought — and have found receptive audiences elsewhere.

At the end of her piece, Weiss contemplates whether she is herself eligible for IDW:

Like many in this group, I am a classical liberal who has run afoul of the left, often for voicing my convictions and sometimes simply by accident. This has won me praise from libertarians and conservatives. And having been attacked by the left, I know I run the risk of focusing inordinately on its excesses — and providing succor to some people whom I deeply oppose.

I get the appeal of the I.D.W. I share the belief that our institutional gatekeepers need to crack the gates open much more. I don’t, however, want to live in a culture where there are no gatekeepers at all. Given how influential this group is becoming, I can’t be alone in hoping the I.D.W. finds a way to eschew the cranks, grifters and bigots and sticks to the truth-seeking.

So what would constitute a Theological Dark Web (TDW)? It would mean first identifying the gate keepers and then discerning what topics such institutions keep off limits. For evangelicalism you could point to the folks at Christianity Today magazine and related endeavors. A more recent effort to bring evangelicalism back to a more conservative posture is The Gospel Coalition. Neither of these organizations facilitates dark or dissonant ideas and both function as gate keepers by identifying who’s in (popular and acceptable).

Then what about some of the traits among those in TDW? If you go back to the sorts of things you might hear around IDWers, you might arrive at certain theological equivalents:

There are fundamental biological differences between men and women.

There are fundamental differences between evangelicalism and Protestantism of the Reformation.

Free speech is under siege.

Having theological disagreements is mean.

Identity politics is a toxic ideology that is tearing American society apart.

Dietrich Bonhoffer and Martin Luther King, Jr. may not have been the most orthodox of theologians.

Willingness to disagree ferociously, but talk civilly, about nearly every meaningful subject: religion, abortion, immigration, the nature of consciousness.

Determination to resist what’s popular on the conference circuit.

Purged from institutions that have become increasingly hostile to unorthodox thought — and have found receptive audiences elsewhere.

In fact, what may identify TDW more than anything else is an identification with a communion or denomination first, with parachurch institutions functioning on the periphery.

I think it’s time for a Theological Dark Web. 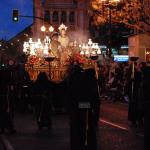 August 20, 2018
Why No Roman Catholic Conversions to Protestant Churches?
Next Post 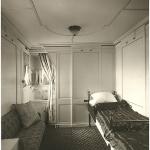 August 24, 2018 Second-Class Christians
Recent Comments
0 | Leave a Comment
"Yes, I've read all I could stomach. She is part of a group of academics ..."
Roger McKinney Maybe Dr. DuMez Has a Point
"You've read her work, I presume? It's amply full of evidence, historical primary sources, and ..."
Kendra Fletcher Maybe Dr. DuMez Has a Point
"It almost seems that the outcome is the same with or without God.Kinda makes you ..."
Ann Social Justice and the Problem of ..."
"It seems the DuMez types rely mostly on assuming the worst motives of others rather ..."
Roger McKinney Maybe Dr. DuMez Has a Point
Browse Our Archives
get the latest updates from
Putting the Protest in Protestant
and the Patheos
Evangelical
Channel
POPULAR AT PATHEOS Evangelical
1

Evangelicalism: Where have all the young...
Determinetruth
Related posts from Putting the Protest in Protestant