Why No Roman Catholic Conversions to Protestant Churches?

With the release of Pope Francis‘ letter in support of the victims of sexual abuse and increasing acknowledgment by thoughtful Roman Catholics of the Crisis of Infidelity that recent revelations have created, is it a bad time to ask why Roman Catholics who are disillusioned with their priests and bishops don’t consider joining a Protestant church? I understand that Orthodox Presbyterianism, my own communion, has lots of foibles that put seekers off — starting with Calvinism. But why not Lutheranism? These Protestants did not go as far in their rejection of Rome as Presbyterians, have congregations with solid liturgy, worship sacramentally, and follow the church calendar (for starters). So why can’t a Roman Catholic find teaching, worship of Jesus, and the good news of salvation among Lutherans? Is Protestantism really that yucky?

I sort of understand for cradle Roman Catholics. This is the communion in which they have been reared. They have lots of associations — family, holiday, favorite priest or nun, maybe even a parochial school — with the church. Of course, if that were a legitimate way to think about Christianity then Christians would still be Jews since the very first Christians, even our Lord, had to leave family and religious traditions to recognize the new order that Christ’s death and resurrection introduced to biblical religion. After all, Jesus did say:

If anyone comes to me and does not hate his own father and mother and wife and children and brothers and sisters, yes, and even his own life, he cannot be my disciple. (Luke 14:26)

The question of Roman Catholic converts to Protestantism becomes a lot more incomprehensible for two reasons. The first is that the Second Vatican Council approved of Protestantism, even though a lesser form of Christianity, as a legitimate variety of the same religion:

Though the ecclesial Communities which are separated from us lack the fullness of unity with us flowing from Baptism, and though we believe they have not retained the proper reality of the eucharistic mystery in its fullness, especially because of the absence of the sacrament of Orders, nevertheless when they commemorate His death and resurrection in the Lord’s Supper, they profess that it signifies life in communion with Christ and look forward to His coming in glory. Therefore the teaching concerning the Lord’s Supper, the other sacraments, worship, the ministry of the Church, must be the subject of the dialogue.

That paragraph from Unitatis Redintegratio is YUGE since it apparently overcomes some of the worries a Roman Catholic might have about Protestant sacraments. Baptism and the Lord’s Supper from a Protestant aren’t up to the level of Roman Catholicism’s ministry, but Protestant ministers have enough truth and grace so that, as the bishops at the council determined, Protestant believers were no longer thought to be in danger of eternal punishment. In fact, I’ve had many Roman Catholics tell me that I am not going to hell simply because I am not in fellowship with the Bishop of Rome.

In fact, Vatican II went on to notice positive aspects of Protestant piety:

The daily Christian life of these brethren is nourished by their faith in Christ and strengthened by the grace of Baptism and by hearing the word of God. This shows itself in their private prayer, their meditation on the Bible, in their Christian family life, and in the worship of a community gathered together to praise God. Moreover, their form of worship sometimes displays notable features of the liturgy which they shared with us of old.

Their faith in Christ bears fruit in praise and thanksgiving for the blessings received from the hands of God. Among them, too, is a strong sense of justice and a true charity toward their neighbor. This active faith has been responsible for many organizations for the relief of spiritual and material distress, the furtherance of the education of youth, the improvement of the social conditions of life, and the promotion of peace throughout the world.

Coming over to Protestantism may be like going from a Cadillac to a Nissan, but it will — if I read the Second Vatican Council aright — get me there. (Let’s not talk too much about where.)

The other reason why traffic from Roman Catholicism to Protestantism by ex-Protestants is a mystery concerns the conversion stories of so many of those former protesters. Invariably, what drove the decision to join with Rome was not a crisis of guilt, sin, and judgment. It was not as if I don’t become a Roman Catholic, the eternal destiny of my soul is in jeopardy. Instead, the question was one that had to do with a fuller and richer understanding of Christianity than the one he or she had as a Protestant (again, an upgrade metaphor like going from Windows 7 to Windows 10). Here’s one example:

I realized that many of the positive impulses that I had discovered in Reformed theology were found in exceeding measure in the Catholic Church. Contrary to the claim that the Catholic Church (or Eastern Orthodoxy) represents something of an extreme to which people merely seeking unwarranted certainty go to (painting the Reformed church as something of a via media— a claim made by Anglicans and Methodists as well), I found that the Catholic Church tended to provide a much more balanced and consistent approach to Scripture as well as Tradition. Moreover, the problem of individualism pervasive in evangelical theology, or the vague community-centered ecclesiology of more emergent churches, there seemed to be the proper balance, not in Reformed theology which only seemed to combine the two resulting in a conglomeration of people who each considered themselves to be experts in theology in contrast to ‘broad evangelicals,’ but in the Catholic Church: plurality in unity. Far from the One sublimating the many, I found that the confession of One, Holy, Catholic, and Apostolic Church entailed a true sense of unity as well as a true sense of distinction between each member of the Church.

Page after page revealed a common faith during that early period in which bishops succeeded Apostles, baptismal waters regenerated, bread and wine transformed, penance was necessary and salutary, purgatorial fire cleansed, the Blessed Virgin was an active Mother to the faithful, departed saints prayed, Peter held the Keys, and the Eucharist was a sacrifice for the living and the dead. There appeared in their minds no awareness of or concern for the cardinal doctrines of the Reformation so painstakingly spelled out as essential to the gospel. Actually…the Fathers sounded Catholic.

This was unexpectedly unsettling for me because no external argument(s) in favor of a Catholic reading of the Fathers had been made in conjunction with my reading of them. The writings themselves served to give voice to the arguments. The words on the page became the witness or opponent (depending on one’s perspective). I began to ponder whether a person would naturally pick up the trail of the Catholic Church if one started with the writings of the early Church? The answer increasingly seemed to be yes.

However you interpret the philosophical nature of these conversion stories or the role that an awareness of the ancient church played in the evolution of faith, these narratives do not indicate that the convert thought himself, in the words of Amazing Grace, “lost, but now I’m found.” In other words, these converts thought they were saved before they joined the Roman Catholic Church. Once they changed ecclesial affiliations, they experienced what was for them a fuller faith. But it wasn’t as if they went from pagan, or unbeliever, or agnostic to being a “real” Christian.

Which means that Protestant converts to Rome can well imagine what it is like to be a Christian outside the Roman Catholic Church. In most conversion accounts, the converts thought of their pre-Roman experience as part of being saved.

In which case, when trials over wayward priests and unfaithful bishops hound lay Roman Catholics, what would be so bad about coming over and joining their separated brothers and sisters?

Image (Procession of the Conversion of Mary Magdalene) 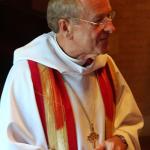 August 17, 2018
Does Roman Catholicism Need a Theory Now?
Next Post 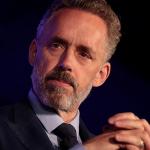