Not too long ago, a number of evangelical historians raised questions about how to reach a wider audience, readers and listeners, larger than students in the classroom or peers in a particular niche of academic history. The reflections went under the banner of “the distribution problem.” It started with a post by Raully Donahue about why no evangelical historian could muster a following on the order of C.S. Lewis’ (truth be told, that may be like asking why anyone who throws a baseball hard can’t be like Nolan Ryan):

One of my standard conversation openers at parties is to ask this question: “Why is C. S. Lewis one of the most revered writers in evangelical circles, given the fact that he is a member of the Church of England with a troubling personal life who has been dead now for over fifty years?” I have gotten some amazing answers over the years about what I call the Lewis Exception: speculation about the role of children’s literature in religious circles, the observation that evangelicals most love dead writers who cannot contradict them, even one disproportionately passionate homily on the self-hating Anglophilia of Southern Baptists.

…Christian scholarship’s primary challenge today isn’t about its mission or its focus: it’s about distribution. Over the past few decades Protestant colleges have enhanced their academic credentials. Serious works of scholarship by faithful professors are arriving at the printers at an impressive rate. My own generation (I’m forty-three now) has produced an impressive cadre of scholars, many of whom were trained, like me, at the University of Notre Dame by George Marsden, Al Plantinga and Mark Noll. And yet it has yet to produce a Lewis. Or even a Noll. Why? I would argue that it is not the quality of the work: it is a question of distribution.

Raully went on to talk about book production, audiences, and the possibilities of social media for historians reaching a wider public.

Responses came from several scholars and even generated a panel discussion at the Conference on Faith and History. Chris Gehrz discussed his own experience with blogging and tweeting and went to the motivations of historians for large audiences. Kristen Du Mez interviewed John Hwang, the founder of a non-profit whose mission is to promote “thought leaders.” Meanwhile, Du Mez, Gehrz, Hwang, and Jon Boyd continued the discussion at Calvin College in the fall of 2018. Hwang may well have captured the sense of the participants by concluding his interview this way:

Your role as a public intellectual is more critical than ever. It’s more important than ever that we expand our popular reach. Your voice is important. The Church needs it. The world needs it.

Judging by the exchange between Tommie Kidd and Jonathan Merritt, evangelicals don’t particularly seem to care what the historians in their tribe produce. A journalist’s ideas about the past may actually have more credibility than a research university professor. Meanwhile, Tim Challies’ recent list of the top bloggers he follows includes no evangelical historian — not John Fea, Tommie Kidd, Kristen Du Mez, Chris Gehrz, or me.

Todd Billings may have explained the evangelical public’s lack of interest in historical scholarship in a piece he wrote about pastor-scholars and theologians. What may be going on is that historians are way back in the line of authors and speakers from whom evangelical audiences want to hear. And even then, evangelicals in the pew may not know what they need to hear. Billings, for instance, fears that pastors abandon theology when pastoral ministry gets tough. But that is precisely when theology is necessary:

At a practical level, pastor-theologians know better than most that the urgent demands of ministry are precisely when theological reflection is most needed. Theology is about living before God in our true identity: in Christ, by the Spirit, as adopted children of the Father. Ongoing theological reflection enables the pastor to see the work of God more clearly and more fully—even when the marriage falls apart, even when the hospice patient stays angry, even when the membership rolls continue to lag. Pragmatic solutions can help up to a point. But the deeper, lasting resources are found only in the Word, and theological reflection can help us see more deeply into that Word. Thus these critical pastoral moments become opportunities for pastors to help parishioners not just deal with their grief or concern, but to become increasingly aware that as adopted children of God, as those filled with the Spirit, as those who are in Christ, these trials can become sanctified events. In this way, the Word becomes an ever brighter “lamp” for our feet and “light” for our path.

How many historians can claim to do this? And if pastors have trouble using their theological training profitably for pastoral ministry, why do historians even think their academic skills, while good and valuable, rival those of people who minister God’s word and bring to bear on ordinary human existence reflection on God’s ways?

Again, historians may need to recognize why evangelical readers and audiences value pastors and theologians more than those who teach history — because God matters more than the Civil War.

Then again, historians can solve their distribution problem simply by doing what Ben Sasse did: become a U.S. Senator. If you can win an election, you can by-pass journalists, pastors, celebrity pastors, and theologians, all in one swoop. It’s amazing the kind of platform that the Senate floor provides with publishers and Hollywood. 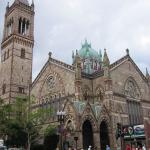 December 19, 2018
Was Phillis Wheatley an Evangelical? (Kidd vs. Merritt part 2)
Next Post 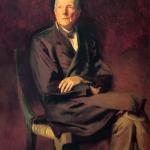 January 4, 2019 Imagine if They Gave to Missions and Church Planting
Recent Comments
0 | Leave a Comment
"That headline is wrong. Evangelicals can also be good when in a persistent vegetative state. ..."
John (not McCain) A Good White Evangelical is a ..."
"HA HA HA u savages were killing & enslaving each other for a millennium. Everybody ..."
cosMICjester Trusting Non-Christians
"I recall a description cited as Godwin's Law. It seems to me that this is ..."
Wally15 Are Complementarians America’s Taliban?
"The author and the commenters so far are absolutely nuts. Name one legal right men ..."
Mirror Are Complementarians America’s Taliban?
Browse Our Archives
get the latest updates from
Putting the Protest in Protestant
and the Patheos
Evangelical
Channel
POPULAR AT PATHEOS Evangelical
1

Answering a Question about the Trinity:...
Roger E. Olson
Related posts from Putting the Protest in Protestant