Imagine if They Gave to Missions and Church Planting

Imagine if They Gave to Missions and Church Planting January 4, 2019 D. G. Hart

Emma Green has a piece on a shift among evangelical philanthropists for which many should give thanks (and maybe give some credit to President Trump). The president is so lacking in dignity and character, that wealthy evangelicals are moving their money out of politics into “charitable causes”:

The history of evangelical giving is best understood in terms of waves of institution building, said Andy Crouch, a former executive editor of Christianity Today. The first came after World War II, when a group of prominent organizations emerged. For example: World Vision, now one of the largest charities in the United States, was founded in 1950 as a missionary and relief organization. And Campus Crusade for Christ, now known as Cru, was started in 1951 to bring Christianity to college students. These groups, and others like them, are often referred to as parachurch organizations: They further the mission of the church, but aren’t necessarily associated with a particular congregation or denomination.

Then came “a time of a lot of stress and ferment,” Crouch said—the tide of Christian political activism in the 1970s and ’80s. The rise of the so-called religious right “was driven by a lot of anxiety, and a sense of urgency: If we don’t act, the country will be taken away from us,” he explained. While a lot of money poured into this movement, from both wealthy backers and grassroots supporters, “it was always a smaller proportion of evangelical charitable dollars than you might think,” Crouch said.

In the late 1980s and into the ’90s, a new organization, the Gathering, was established to help guide wealthy individuals and families who wanted to give to Christian causes—the vast majority of them in nonpolitical ways. Thomas McCallie, one of the founders, said it was created in response to changes in philanthropy: A rising class of evangelicals who had been successful in industry or business had a lot of money they wanted to give away, but there weren’t a lot of best practices available for them to draw on. The founders—who met at the Cedars, a gathering place for groups involved in the religious right—drew up an invitation list of industry titans “who had a reputation of being Christian,” McCallie said. Then, as now, people were required to give away hundreds of thousands of dollars annually—with some giving significantly more—in order to attend.

In many ways, this is where the popular conception of evangelicalism gets stuck: The movement is still framed in terms of legacy, ’50s-era institutions, and the religious right. But some Christian leaders—including and especially a new generation of wealth-holders—are slowly trying to redefine what evangelicalism looks like.

“What Christian philanthropists see now, maybe more than in past generations, is the full landscape of how they can deploy their [money] toward the entirety of what God cares about,” said Josh Kwan, who was recently appointed the head of the Gathering—the organization’s first new leader in its three-decade run. Several years ago, he helped found Praxis, which supports entrepreneurs and investors who are building for- and non-profit ventures fundamentally shaped by their faith. The organization was created out of a desire to widen the scope of Christianity’s social influence. “God cares about more than just the realm of church-planting and politics and changing laws,” Kwan said.

Yes, to the point about God caring more about affairs other than politics. But what about church-planting? What did Christ mean when he commissioned disciples:

18 And Jesus came and said to them, “All authority in heaven and on earth has been given to me. 19 Go therefore and make disciples of all nations, baptizing them in the name of the Father and of the Son and of the Holy Spirit, 20 teaching them to observe all that I have commanded you. And behold, I am with you always, to the end of the age.”

Was Jesus talking about, as Green reports, “developing health clinics in Africa or mentoring kids in Houston”? By the way, if you are going to work with people in Africa or kids in Texas, chances are you are going to need to work with civil governments for travel documents, tax status, permissions for the work, building a facility. That makes it pretty hard to escape politics.

So why not make a clean break with politics and support agencies that train and send pastors, conduct worship services in which congregants commune with the living God, and that evangelize unsaved people? If the word evangelical means anything, it has something to do with the evangel, i.e., the gospel.

Secular or non-religious charity is good. But why call it evangelical? Simply to change your image? That’s what Green would have us believe.

behind the scenes, a group of Christian elites is quietly working to create new ways for rich evangelicals to affect the world around them—and to foster a different public image for the church.

What an image it would be to be known for word, sacrament, and church discipline instead of health clinics and youth programs. 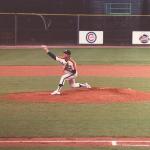 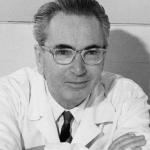 January 7, 2019 Social Justice and the Problem of Evil
Recent Comments
0 | Leave a Comment
"That headline is wrong. Evangelicals can also be good when in a persistent vegetative state. ..."
John (not McCain) A Good White Evangelical is a ..."
"HA HA HA u savages were killing & enslaving each other for a millennium. Everybody ..."
cosMICjester Trusting Non-Christians
"I recall a description cited as Godwin's Law. It seems to me that this is ..."
Wally15 Are Complementarians America’s Taliban?
"The author and the commenters so far are absolutely nuts. Name one legal right men ..."
Mirror Are Complementarians America’s Taliban?
Browse Our Archives
get the latest updates from
Putting the Protest in Protestant
and the Patheos
Evangelical
Channel
POPULAR AT PATHEOS Evangelical
1

Answering a Question about the Trinity:...
Roger E. Olson
Related posts from Putting the Protest in Protestant