A stray book review in need of a home landed in my in-box. Evangelicals in the United States who are both awake and asleep might want to ponder its implications, not to mention the lessons that those who observe evangelicals (historians and journalists) could learn:

Lydia Bean, The politics of evangelical identity: Local churches and partisan divides in the United States and Canada (Princeton: Princeton UP, 2014), xviii+316 pp.

One of the most striking statistics coming out of the last US presidential election is that 81% of white evangelicals voted for Donald Trump. The accuracy of this statistic has been questioned, on the basis that pollsters have been using a definition of evangelical that is quite distinct from those most often used by historians, in which work by David Bebbington, George Marsden and W. R. Ward provide the operating categories. Instead of drawing upon this kind of analysis, as D. G. Hart observes, pollsters have created their own definition of evangelical, which has been reified in some political commentary to become associated with Hilary Clinton’s “deplorables.” For, as Lydia Bean’s important book reminds us, while it is true that “white American evangelicals remain remarkable in their political homogeneity,” the politics of evangelical identity are much more complex than most media commentators suggest.

Bean’s conclusions are made all the more striking by virtue of their being formed before the 2016 election. Her narrative is based upon extensive fieldwork in congregations with a broadly similar demographic and shared theological characteristics on either side of the US border with Canada, carried out in 2006-2007, when conservative Christians in Hamilton, Ontario and Buffalo, New York were coming to terms with same-sex marriage. In a discussion that is solidly rooted in the relevant historical literature, she develops an ethnographic account that emphasises social and cultural differences between and within these communities, a bottom-up approach that yields rich dividends in terms of building more sharply focused observations about the phenomena of religious politics. While Bean notices that rank-and-file evangelicals tend to be more focused upon local concerns and pragmatism than are the elite proponents of what she describes as a culture war, she also finds her American congregants to reflect something of the populist religious nationalism that seems to have motivated many – if not 81% – of white Americans to vote for a candidate who represented so many of their aspirations, if also so few of their values. But her Canadian congregation reflected an entirely different political identity – one that was much happier with the distinction between church and state but also one that was more sceptical of how political effort might contribute to religious objectives.

Bean’s book is relevant to those who study religion and politics on either side of the 49th parallel, but it has a wider reference too. Because, by focusing her discussion on congregations with such similar theological characteristics, she demonstrates that the notion of a transcendent evangelical politics is actually a chimera. Whatever else may hold them together, evangelicals – however they are defined – do not share a common political platform. The born-again Protestants who voted for Stephen Harper, George W. Bush and Donald Trump may do so for very different reasons. And those reasons may have far more to do with their cultural situation, and the political and civic traditions in which they operate, than with any simple projection of “evangelical values” – whatever they may be – onto the canvas of national politics. Bean illustrates how American evangelicals construct civil religion in exclusive terms, to oppose liberals and others, though often less consistently than the shapers of their worldview would prefer. Canadian evangelicals draw upon their tradition of religious nationalism in much more inclusive terms, she suggests, drawing upon a broader and hospitable ideal of what can be a nation. Drawing on these kinds of conclusions, Bean suggests that there are multiple and conflicting evangelical political identities.

Bean’s work lays down a challenge to a great deal of political commentary and even academic writing that generalises about evangelical identities and the faith-based interventions of born-again Protestants. Fiercely detailed, and carefully argued, her work uncovers the assumptions that have governed so much work across disciplines in the field of American religion, and shows how ethnography can overturn untested assumptions and revitalise debate.

For the debate needs to be revitalised. After The politics of evangelical identity, future work will need to reckon with the growth of an evangelical left, which Bean observes but which has been more fully documented in a number of more recent publications, which constituency is only likely to grow as Donald Trump and his supporters continue to exercise power within the Republican party. Future work will also need to consider more fully the irony that the nation with one of the sharpest distinctions between church and state is also the nation with one of the strongest traditions of religious politics.

Postscript: Are the mainline Protestant churches so decrepit that the evangelical left cannot find a home there? 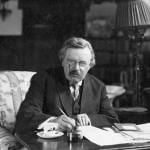 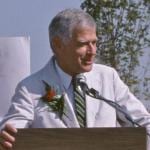 January 30, 2019 Civil Religion Is a Problem, but Will Biblical Religion Save U.S.?
Recent Comments
0 | Leave a Comment
Browse Our Archives
Follow Us!