The Difference a Degree Makes

People with Ph.D.s do not make a lot of money and the perks of teaching at a college or university rarely bestow the kind of privilege that comes with being born in a wealthy, well-connected family or the son or daughter to a powerful politician. That does not mean, though, that academics identify with the ordinary people. University life and the paces of graduate school often expose the folks headed for Ph.D.s to the dynamics and culture of elite institutions (in my case, it’s a long way from Levittown, PA to the Frederick Jackson Turner Seminar Room at Johns Hopkins University in Baltimore), not to mention some of the access to power that comes with advanced study. As such, professors at colleges and universities generally feel more at home with the customers at Williams Sonoma than with the folks who shop at Walmart.

Some might think that class segmentation would not (and even should not) characterize evangelicalism but why people with Jesus in their hearts would be immune to the lures of prestige is not altogether obvious since James himself (the New Testament one) warned about denigrating those without means. An older generation of evangelical academics may have felt a degree of alienation from the average church member — Billy Graham might not have been as thoughtful in his comments about the state of the world as someone with an advanced degree in sociology would like. At the same time, evangelical institutions of higher learning were still so closely tied to Protestants outside the mainline churches that an evangelical identity restrained a sense of superiority. (That, at least, is one lesson to draw from Adam Laats’ book on evangelical colleges.) Being known as an evangelical would not take you very far in elite educational institutions or in the world of mainline churches. So why not “dance with the date that brung ya” and continue to worship and attend Bible studies with the members at Wheaton Bible Church?

As jobs at evangelical schools have become more competitive and as evangelical higher education has tried to attain the kind of selectivity in admissions and scholarly attainments as the best American institutions, elitism among evangelical scholars has also had room to grow. One indication of this trend is the number of evangelical faculty who now without hesitation join a mainline Protestant church. Even editors at some of evangelicals’ iconic publications are members of communions that ordain women and “celebrate” homosexual marriages.

Another sign of evangelical elitism is the barrage of criticism that evangelical professors direct at the eighty-one percent of born-again Protestants. The problem is that such disparagement of the people in the pews may reveal the sort of elitism that Christopher Lasch worried about almost two decades ago. (The irony here is that many of the evangelicals hardest on the EIGHTY-ONE PERCENT are also fans of Jimmy Carter’s “malaise speech” which was inspired by the president’s reading of Lasch’s The Culture of Narcisism).

Steve Hayward excerpted part of Lasch’s argument that could well suggest a divide has opened between evangelical elites and regular evangelicals:

Upper-middle-class liberals. . . have mounted a crusade to sanitize American society: to create a “smoke-free environment,” to censor everything from pornography to “hate speech,” and at the same time, incongruously, to extend the range of personal choice in matters where most people feel the need of solid moral guidelines. When confronted with resistance to these initiatives, they betray the venomous hatred that lies not far beneath the smiling face of upper-middle-class benevolence. Opposition makes humanitarians forget the liberal virtues they claim to uphold. They become petulant, self-righteous, intolerant. In the heat of political controversy, they find it impossible to conceal their contempt for those who stubbornly refuse to see the light—those who “just don’t get it,” in the self-satisfied jargon of political rectitude.

Simultaneously arrogant and insecure, the new elites, the professional classes in particular, regard the masses with mingled scorn and apprehension. In the United States, “Middle America”—a term that has both geographical and social implications—has come to symbolize everything that stands in the way of progress: “family values,” mindless patriotism, religious fundamentalism, racism, homophobia, retrograde views of women. Middle Americans, as they appear to the makers of educated opinion, are hopelessly shabby, unfashionable, and provincial, ill-informed about changes in taste or intellectual trends, addicted to trashy novels or romance and adventure, and stupefied by prolonged exposure to television. They are at once absurd and vaguely menacing—not because they wish to overthrow the old order but because their defense of it appears so deeply irrational that it expresses itself, at the higher reaches of its intensity, in fanatical religiosity, in repressive sexuality that occasionally erupts into violence against women and gays, and in a patriotism that supports imperialist wars and a national ethic of aggressive masculinity. . .

The growing insularity of elites means, among other things, that political ideologies lose touch with the concerns of ordinary citizens. . . In some quarters the very idea of reality has come into question, perhaps because the talking classes inhabit an artificial world in which simulations of reality replace the thing itself. 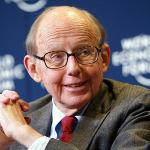 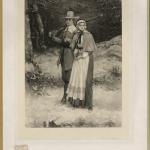 March 27, 2019 Evangelical Politics: Same As it Ever Was
Recent Comments
0 | Leave a Comment
Browse Our Archives
get the latest from
Putting the Protest in Protestant
Sign up for our newsletter
POPULAR AT PATHEOS Evangelical
1