Evangelical Politics: Same As it Ever Was

In the 2016 presidential election, exit polling tells us, about 8 out of 10 white evangelicals who voted pulled the lever for Donald Trump. This information came as a disappointment to many and, to some, as further indication of the moral hypocrisy of white evangelicals.

Those who promote “family values,” espouse equality for all people and stand for biblical ethics chose to embrace a man whose words and actions often place him as the antithesis of all that evangelicalism supposedly represents.

Part of the problem with this analysis is that evangelicals’ critics rarely acknowledge that the alternatives to Trump in American politics are hardly holy and righteously pristine. Was Hillary Clinton a bastion of the gospel? Is Nancy Pelosi that political leader in Washington that fosters evangelical holiness?

Another feature of Tisby’s argument that fails is the idea that evangelicals need to think more deeply about how they approach politics:

Amid all the debates about who is a “real” evangelical and what that term actually means, these data present an opportunity for churches to probe the way they teach their members to think about political participation in a representative democracy. Such discussions are crucial for any group that purports to offer “good news.”

In fact, Tisby is thinking about politics the way evangelicals have in most circumstances (with Trump the exception that proves the rule): they think about politics as an extension of morality. Rather than tallying up considerations about economic policy, national interest, international relations, immigration — the list goes on — Tisby makes a moral calculation that evangelicals are hypocrites for supporting a sinner. This would not be the first time that a sinner has occupied the White House. But it is one of those rare times when critics are asking evangelicals to be the scolds that so many critics condemned twenty years ago when Bill Clinton was president.

Meanwhile, Tisby’s concerns mainly repeats the moralism that even defenders of Methodism believe the followers of John Wesley inflicted on the United States:

The Temperance and Prohibition movements that crystallized in the late nineteenth century were the cherished political fruit of that era’s Methodist piety. They adopted the Calvinist Puritan view of America as a called-out nation providentially summoned to greatness and holiness. In their eschatology, God’s Kingdom is realized through American democracy, a view Bishop Simpson shared. But they importantly added Methodism’s distinct, hopeful confidence in perfecting a holy society that successfully conquers all major social vices. The original Methodist Prohibitionists were mostly theologically orthodox and believed in the power of human sin and the need for personal repentance. But they assumed the Holy Spirit could and would conquer all social vice just as the Spirit could perfect the individual believer. Methodist perfectionism both made Prohibition initially a success and also inevitably an ultimate failure.

Tisby may want to score points by showing the inconsistency of evangelical support for Trump — are there still points left in that game after two years of play? — but his approach is hardly the result of probing political analysis. It is the same old calculus of good versus evil and how Christians can be holy even while voting, supporting, protesting, or governing. 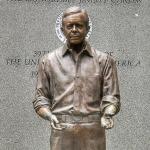 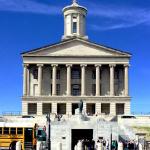 March 29, 2019 Race, the Sabbath, and Resolutions
Recent Comments
0 | Leave a Comment
"My thoughts. Somewhere along the way people forgot or misunderstand the main point of Jesus' ..."
Richard Aahs Exvangelicals before Exvangelicals
"Eucharist commonly used to denote communion is "eucharistia ( εὐχαριστίας ) ". It means thankfulness ..."
Johanan No Words, No Real Presence
"Aah. More assumptions and projections. Good for you."
Richard Aahs Courage in the Age of Trump
"you are so confused, bet you got you stuff from Fox (Faux).. It is folks ..."
Dhammarato Atheist Courage in the Age of Trump
Browse Our Archives
Follow Us!