Jemar Tisby has a new book out contending that the history of the church’s complicity in racism means evangelicals can no longer act as if they do not know about the problem. At the beginning he says his book is “about revealing racism.” “It pulls back the curtain on the ways American Christians have collaborated with racism for centuries” (15). By the end of the book he concludes:

Countless Christians have ignored, obscured, or misunderstood this history. But the excuses are gone. The information cannot be hidden. The only question that remains is what the church will do now that its complicity in racism has been exposed. (212)

An implication of Tisby’s point is that white evangelicals have for a long time either been blind or deceived themselves about the extent of racial prejudice in white Protestant churches. How could white Christians be so ignorant?

But here’s the thing. If you look at the background of some outspoken black Protestants on racial injustice, you may find that they have also been surprised at racism in white Protestant churches. Anthony Bradley’s recent tweet is indicative of the way that black Protestants, like many whites, had thought that racism was a thing of the past:

I joined the PCA in 1994 wrongly thinking the whole denomination was like Reformed University Fellowship and Intown Community Church(PCA) in Atlanta. I was a naive idiot & very wrong. I can only describe the last 20 (of 25) as “painful.”

In Bradley’s case, his critique of black liberation theology and recommendation of black conservatives like Walter Williams and Thomas Sowell endeared him to conservatives and some politically conservative evangelicals.

At the same time, Jemar Tisby went to Reformed Theological Seminary in Jackson, Mississippi after graduating from the University of Notre Dame. The city of Jackson is not exactly known for its progressive views on race, not to mention that RTS’s affiliation with the Presbyterian Church of America in its earliest days has led some PCA pastors to remark on the denomination’s early ties to debates about segregation in church and society.

Meanwhile, Thabiti Anyabwile, another prominent black pastor in evangelical circles who has also criticized white churches for harboring racial prejudice, ministers at a congregation in metropolitan Washington, DC that has ties and received assistance from Capital Hill Baptist Church, which is a congregation with ties to the Southern Baptist Convention. You don’t need to know much American church history to understand that the SBC’s origins date precisely from a controversy over slavery. And although the communion has recently repented and asked for forgiveness, someone sensitive to racism might well imagine that such prejudice, after almost 150 years, dies hard.

All of which is to suggest that up until the last few years — I would estimate that the Michael Brown shooting in Ferguson has a lot to do with it — black evangelicals were relatively comfortable working in white Protestant settings that had fairly obvious histories of being on the wrong side of integration and racial reconciliation. (For Bradley the turning point was 2004.) These are the very same people whom you might expect to have been alert to instances of prejudice, both intentional or only as a subtext. That awareness may also have affected their decisions on where to go to school, where to go to church, to which denomination to belong.

And yet, these folks seem to have been surprised by the levels of racism in American church history, even as they are now surprised at how few white evangelicals seem to be aware of the problem. To be sure, white evangelicals need to get up to speed on race relations. But they may not be all that far behind their African-American fellow believers. 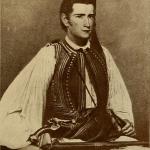 May 10, 2019
Orthodox Presbyterians' Fifteen Minutes of Infamy
Next Post 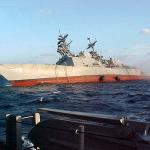 May 16, 2019 Where Is the Evangelical Mind Twenty-Five Years after the Scandal?
Recent Comments
0 | Leave a Comment
"Yes, I've read all I could stomach. She is part of a group of academics ..."
Roger McKinney Maybe Dr. DuMez Has a Point
"You've read her work, I presume? It's amply full of evidence, historical primary sources, and ..."
Kendra Fletcher Maybe Dr. DuMez Has a Point
"It almost seems that the outcome is the same with or without God.Kinda makes you ..."
Ann Social Justice and the Problem of ..."
"It seems the DuMez types rely mostly on assuming the worst motives of others rather ..."
Roger McKinney Maybe Dr. DuMez Has a Point
Browse Our Archives
get the latest updates from
Putting the Protest in Protestant
and the Patheos
Evangelical
Channel
POPULAR AT PATHEOS Evangelical
1

A Letter to Christians Who Can't...
Ponder Anew
Related posts from Putting the Protest in Protestant