Where Is the Evangelical Mind Twenty-Five Years after the Scandal?

Where Is the Evangelical Mind Twenty-Five Years after the Scandal? May 16, 2019 D. G. Hart

Rod Dreher is not the only one to wonder about the meaning of reactions to Rachel Held Evans’ death. For Christianity Today to post an essay of critical appreciation only to remove it after fans sent lots of flack to the magazine’s editors suggests Evans’ reputation may have owed more celebrity than to a firm contribution within evangelical or mainline Protestantism. (For some background on these developments see this.)

Even so, the outpouring of praise for Evans, clearly understandable in the wake of her tragic and sudden death, from evangelical and post-evangelical academics and clergy has surprised this observer since I never paid much attention to Evans. Remarks about her candor and courage explain some of Evans’ appeal. But I still regard it as odd that Protestants with Ph.D.’s and pastors with seminary degrees found a writer with few signs of academic expertise to be so compelling. What was it like to be a “professional” historian and esteem Francis Schaeffer as an important thinker? What would happen at any evangelical college to a faculty member who thought Jordan Peterson was worthy of serious consideration? I can well imagine that some younger faculty, at least, would see such intellectual pursuit as flawed if not alarming (much like the way intellectual historians regard Peterson). Plus, would anyone who read Mark Noll’s The Scandal of the Evangelical Mind point to Evans as evidence of how evangelical intellectual life has become more respectable?

Book reviews are one way of taking the measure of a writer and the review of Evans’ A Year of Biblical Womanhood from the mainline Protestant magazine, Christian Century, was surprising since much of Evans’ appeal stemmed from her willingness to abandon evangelicalism and join the Episcopal Church (a fairly theologically liberal communion). Here is how an associate chaplain at the University of Chicago assessed Evans’ book:

A Year of Biblical Womanhood may not have reached much past the readership of its author’s popular blog if it hadn’t been for a brief skirmish between Evans and her publisher over a flippant, nonanatomical use of the word vagina and LifeWay bookstores’ subsequent refusal to carry her book. Slate picked up the story, and Evans was featured on Oprah.com and appeared on The View. Evans stoked the fires by writing about her frustration with the frequently unstated norms of evangelical Christian publishing, suggesting that these norms are applied differently to female than to male authors. Mark Driscoll, she points out, uses colorful vocabulary in his book Real Marriage and has been widely acclaimed for his candor.

All of this, along with Evans’s frequent mention in the book itself of the journey toward publication and the advance publicity she received, suggests that this book was written to make a splash. The clarity of that intention is not altogether pleasant.

Evans begins with a hunch that all women constantly feel as though they’re not living up to someone else’s standards, and that the standards she and her peers are being held to are considered by many to be biblical. But, she contends, their use of the term biblical is limited, if not downright inaccurate.

In one of her clearest passages, Evans writes:

Now, we evangelicals have a nasty habit of throwing the word biblical around like it’s Martin Luther’s middle name. We especially like to stick it in front of other loaded words, like economics, sexuality, politics, and marriage to create the impression that God has definitive positions about such things, opinions that just so happen to correspond with our own. Despite insistent claims that we don’t “pick and choose” what parts of the Bible we take seriously, using the word biblical prescriptively like this almost always involves selectivity.

This analysis may not be groundbreaking for many Century readers, but it is bold for a writer in her early thirties to offer a claim so counter to the orthodoxy of her broad theological community.

…I expected much from Evans’s book. I enjoy her blog and have a personal interest in women’s efforts to reject restrictive religious teachings and too narrow readings of the Bible. But Evans doesn’t achieve what A. J. Jacobs did. His touch was lighter, and his insights periodically surprising and rich. A Year of Biblical Womanhood may turn out to be an important book, but its importance will derive more from the questions that Evans raises about women in Christian publishing than about women living biblically.

Plus, she was #woke before Ferguson.

But I am not sure if her popularity among evangelical and ex-evangelical professionals is any indication that the good ship Evangelical Mind has been righted. 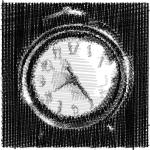 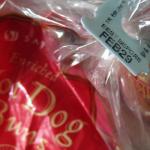 May 22, 2019 New, Old, or Just a Little Stale?
Recent Comments
0 | Leave a Comment
"Yes, I've read all I could stomach. She is part of a group of academics ..."
Roger McKinney Maybe Dr. DuMez Has a Point
"You've read her work, I presume? It's amply full of evidence, historical primary sources, and ..."
Kendra Fletcher Maybe Dr. DuMez Has a Point
"It almost seems that the outcome is the same with or without God.Kinda makes you ..."
Ann Social Justice and the Problem of ..."
"It seems the DuMez types rely mostly on assuming the worst motives of others rather ..."
Roger McKinney Maybe Dr. DuMez Has a Point
Browse Our Archives
get the latest updates from
Putting the Protest in Protestant
and the Patheos
Evangelical
Channel
POPULAR AT PATHEOS Evangelical
1