Some folks in the Reformed tradition do not care for the theological debates and divisions that have marked Presbyterian church history. As such, you will find those invoking John Newton’s advice — he’s the author of Amazing Grace — about how to treat opponents:

Of all people who engage in controversy, we who are called Calvinists are most expressly bound by our own principles to the exercise of gentleness and moderation.

But with some frequency you may also find Presbyterians who celebrate their forebears’ participation in the American War for Independence. Here’s one example:

As those of us in the United States this week celebrate freedom from British governance, consider the many ways that Presbyterianism influenced the decision to enter a war for independence and take up arms against a magistrate:

1. Only a Presbyterian understanding of Romans 13 would allow us to enter a war. The Bible calls for submission to magistrates, but Presbyterians understood the nuances that allowed for rebellion against tyranny. (See James M. Wilson’s Establishment and Limits of Civil Goverment for an exposition of Romans 13.)

2. It was psalm singing Presbyterians like Rev. James Caldwell who helped win some battles–when paper for musket wads was unable to be found–Isaac Watts’ Hymnbook was used instead. “Give ’em Watts, boys!”

3. King George referred to the war for Independence as the “Presbyterian rebellion.” The Anglicans were never fans of rebellious presbyterians.

4. The prime minister of England, Horace Walpole said in Parliament that “Cousin America has run off with a Presbyterian parson.”

Some of this is the Presbyterian version of “Cafeteria Catholicism,” that is, picking and choosing which parts of your church’s teaching and heritage with which to identify and praise, as if those choices add up to the genuine article.

But it is also a function of misunderstandings about fighting. According to the Westminster Confession of Faith, Christians may lawfully serve in the military, which would seem to make room for fighting:

It is lawful for Christians to accept and execute the office of a magistrate, when called thereunto: in the managing whereof, as they ought especially to maintain piety, justice, and peace, according to the wholesome laws of each commonwealth; so, for that end, they may lawfully, now under the new testament, wage war, upon just and necessary occasion. (23.2)

In that case, those who appeal to Newton to say that Calvinists only fight in “gentle” or “moderate” way is to misunderstand the nature of warfare.

By the same token, those who celebrate the American founding may also want to pay attention to the Confession of Faith on the nature of Christian liberty and how different it is from civil or political liberty:

because the powers which God hath ordained, and the liberty which Christ hath purchased, are not intended by God to destroy, but mutually to uphold and preserve one another, they who, upon pretense of Christian liberty, shall oppose any lawful power, or the lawful exercise of it, whether it be civil or ecclesiastical, resist the ordinance of God. (20.4)

Christians may legitimately fight in the military or serve as enforcers of the law (police), but they may not oppose lawful authority. Such would be disobedience against God.

The lesson is two-fold: 1) Calvinists may fight. 2) Calvinists should not rebel against their rulers.

If you keep those points in mind, disagreements and disputes in the church are easy. 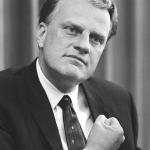 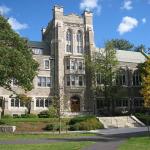 July 17, 2019 Religion Unregulated
Recent Comments
0 | Leave a Comment
Browse Our Archives
get the latest updates from
Putting the Protest in Protestant
and the Patheos
Evangelical
Channel
POPULAR AT PATHEOS Evangelical
1

What I Learned from Designing Women...
Anxious Bench
Related posts from Putting the Protest in Protestant

Rorty's World
Not long ago, I was reading Michael Millerman’s excellent recent book Beginning...
view all Evangelical blogs
What Are Your Thoughts?leave a comment
Copyright 2008-2021, Patheos. All rights reserved.