The Main Thing about Evangelicalism

Born-again Protestantism was always tricky to define, but evangelical support for President Trump has sent scholars searching for a definition that will reassure those who find the president deplorable that real believers would never do such a thing.

Here a piece that Billy Graham wrote in 1997 for Christianity may be handy. His account of the origins of the magazine, Christianity, stresses what practically everyone of an earlier generation knew about being evangelical — you become one in order to show you were not a liberal or mainline Protestant. Evangelicals may not have insisted, as some fundamentalists did, that to be a true evangelical you needed to renounce membership in the mainline denominations. At the same time, evangelicals like Graham were clear that you could not trust Protestantism to the mainline churches because they had already compromised the faith. That is why Graham could write:

For seventy years, Protestant liberalism had enjoyed a platform through The Christian Century magazine. Founded in 1884 by the Disciples of Christ denomination, it became a force in religious journalism in 1908 when Chicago clergyman Charles Clayton Morrison took it over. For the next few decades, it was a flagship of Protestant liberal theology, social action, and even politics. With equal vigor, it judged as outdated, even obnoxious, the views of conservative Christianity—or fundamentalism, as they labeled it. As Dr. Martin Marty, a distinguished church historian at the University of Chicago who has been long associated with The Christian Century, wrote at its centennial, “The editors saw fundamentalism as a backwoods, over the hill, jerkwater phenomenon that had already outlived its time.”

Partly because of the efforts of The Christian Century, conservative Christianity had fallen into disrepute. The nineteenth-century evolutionary theories of Charles Darwin had spilled over into other fields of learning, including theology, where it threatened the traditional views of the integrity and authority of the Bible. Conservatives (who were more often called evangelicals) of that era fought to define and defend the “fundamentals” of the faith; hence, the term fundamentalist.

The Christian Century waged war on the liberal side, contending that Scripture was open to what it called “higher” criticism. In this view, the Bible, although it had religious value, was not the inspired Word of God or the objective standard of truth for our faith and practice. Instead, it was a book of human origin, to be approached the same way any other human book was approached—which is to say, critically and even skeptically.

The periodical’s philosophy was progressive, inclusive, optimistic, and relatively humanistic, within a loose framework of Christian concepts. “Modernism” was the vaunted label it wore. It counted on human effort to bring in the kingdom of God on earth. Even the magazine’s title expressed its founders’ optimism that human nature was basically good and that the twentieth century would be a time of unparalleled progress and peace. The primary mission of the church was to help shape this “Christian century” through direct and indirect social action. At the same time, theological distinctive were downplayed and evangelism was redefined—or dismissed as unimportant or irrelevant to the work of the church.

The Christian Century guided the thinking of a large number of American clergy and, in turn, their church members. But the depression and war were hard for liberals to coordinate with their optimistic philosophy. Even Morrison himself began rethinking his position. On November 8, 1939, he wrote the following in the magazine: “I had baptized the whole Christian tradition in the waters of psychological empiricism and was vaguely awaking to the fact that, after this procedure, what I had left was hardly more than a moralistic ghost of the distinctive Christian reality.”

With World War II followed to closely by the Korean War, general disillusionment became epidemic. Many clergy were desperate for tenable alternatives. However, “fightin’ fundamentalism” was not what they were looking for.

This way of defining evangelical — as not liberal Protestant — may not make sense because almost no one is aware of mainline Protestantism. So peripheral are those old denominations that belong to the National Council of Churches, and so thoroughly has evangelical Protestantism occupied the public square and national debate, that only old-timers remember a time when evangelicals’ reason for existence was not being liberal Protestant. Of course, they would only oppose liberalism in a nice way, not in the mean fashion that was so typical of fundamentalism.

But when it comes to opposing Trump, some of that old fundamentalist meanness may be just what the Lord commanded. 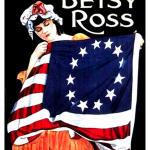 July 3, 2019
Colin Kaepernick is a Good Test for David French-ism
Next Post 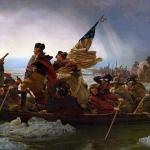