Why Dressing for Halloween as a Bible-Carrying, Cis-Gender Kid is Scary

In my quest to rank the significance of modern society’s injustices, the question today concerns the threat of kids who read the Bible compared to children who want gender-neutral bathrooms.

Over at Religion and Politics, Cavan Concannon worries about the recent Bring-Your-Bible-to-School Day:

These materials are designed to increase the visibility of Bible-carrying students on campus, and thus also the possibility for confrontation and conversion. The site includes stories of persecution, including a video about Gio, who claims he was told by his teacher that he was not allowed to read a Bible in class. His testimony links resistance to perceived persecution with moral authority, as in traditional martyr narratives. His story prepares students for the possibility that bringing their Bible to school might make them into a social martyr.

BYBSD is politicizing the Bible in schools by exacerbating fears that secular schools are actively working to erode evangelical religious freedom. The reality is American students can bring Bibles to schools. The federal government protects this right, unequivocally. Hindrances in the U.S. to the practice of Christian religious freedom are rare, usually stem from confusion around school policy, and are often quickly resolved. What makes BYBSD such a curious addition is the lack of a clear target for its activism. The U.S. court system has long upheld the right of students to bring religious texts to schools, even public ones, and to use them for devotional purposes on campus.

When I teach, my students are not only invited to bring Bibles to school but required to do so. I don’t persecute them; I educate them. The conversation should be less about whether a Bible can or should be brought to school and more about how the Bible is and should be subjected to critical inquiry—no matter one’s politics.

Politicizing kids is bad enough. Politicizing the Bible is worse. And I have no doubt that the promoters of BYBSD (not to be confused with BYOB) are not very savvy about the dangers of using Christianity for political ends. Add to that the persecution complex that this initiative cultivates, and you have a sense that these Bible-thumpers have no sense of the well-being Christians continue to enjoy even if the church has declined in stature:

If you pay much attention to the news lately, it’s hard to miss the headlines featuring Christians being marginalized or ridiculed for their faith—whether it’s Second Lady Karen Pence attacked for teaching art at a Christian school, a Hollywood actor being criticized for attending a Bible-believing church, or public high school students in Pennsylvania battling a “Bible ban” on their campus. These stories remind us why it’s vital to empower the next generation of leaders—our youth—with the confidence to boldly articulate and live out their faith in a largely post-Christian society.

At the same time, is it completely unreasonable to expect, in a culture where victimization puts you close to the front of the line, that evangelical Christians, the one’s without mainline Protestantism’s elite private colleges and prep schools and endowments, will not think their hardships deserve attention?

Also important to notice is that Mr. Concannon presents a picture of the public school as if Beaver Cleaver were still enrolled. In addition to public libraries holding Drag Queen Reading Hours (without seeming to worry about community or family support), public schools are exposing young children to sexual orientation well before they have had the talk about the birds and the bees. For instance:

Starting Monday, Evanston/Skokie School District 65 is having LGBTQ+ Equity Week in all of its pre-K, elementary and middle schools.

“Students and educators will engage in a week-long curriculum that celebrates and affirms LGBTQ+ identities with the goal of fostering a deeper sense of allyship within our schools and the creation of a welcoming, inclusive environment for every child and adult,” said an e-mail from the district to parents.

The curricula is tailored for each age and grade level, and touches on topics including LGBTQ identities, family diversity, gender stereotypes in fairy tales and historical figures, to name a few. Parents were given access to lesson plans.

Pre-School/Kindergarten: Students will learn about their identities and the identities of others. They will explore concepts of families, gendered toy and clothing stereotypes, colors and meaning, flags, allyship and identity.

1st grade: Through shared reading and writing experiences using the book They, She, He, Easy as ABC by maya & matthew, students will learn how to introduce themselves using their name and pronouns and will practice using others’ names and pronouns.

2nd Grade-3rd Grade: Students will recognize and discuss stereotypes in fairy tales, and create their own inclusive fairy tale to share with lower grades.

Evangelicals and the religious right are hardly the ones guilty of politicizing the public schools.

So, for anyone keeping score:

Climate change is scarier than racism.

China is scarier than Israel.

And public schools instructing five-year olds about transgender identity are scarier than kids with Bibles. 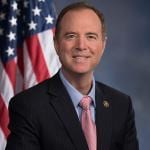 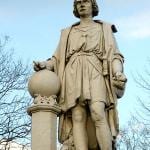 October 11, 2019 Tribal Sovereignty Day?
Recent Comments
0 | Leave a Comment
"I can never keep myself from being annoyed by the disingenuousness of the "complementarian" label. ..."
NorrinRadd Are Complementarians America’s Taliban?
"All of the LGBTQ sexually are mentally ill ( have a depraved mind ). And ..."
D.M.S. Being Evangelical, Being Gay
"What did he contribute?"
Roger McKinney Is David French the Best Judge ..."
"That's because French was and is part of the "Cult of Bush.""
Johnny Davis Is David French the Best Judge ..."
Browse Our Archives
Related posts from Putting the Protest in Protestant