Americans struggle with history. The day normally allotted to Christopher Columbus is on the horizon and in states like Maine, the chief executive is at odds with mayors over whether to celebrate Columbus Day or Indigenous Peoples Day.

For what it’s worth, President Obama tried to finesse the dilemma in ways that bypassed George W. Bush. For instance, Bush hit the main themes of celebrating initiative and the contributions of Italian-Americans:

More than five centuries ago, Christopher Columbus boldly set out on a long and challenging journey across the Atlantic that led the way for exploration of the Americas. On Columbus Day, we celebrate the historic voyages of the Italian explorer and honor his life, heritage, and lasting legacy.

Columbus’ brave expeditions expanded the horizons of human knowledge and inspired generations of risk-takers and pioneers in America and around the world. Our Nation is built on the efforts of men and women who possess both the vision to see beyond what is and the desire to pursue what might be. Today, the same passion for discovery that drove Columbus is leading bold visionaries to explore the frontiers of space, find new energy sources, and solve our most difficult medical challenges.

Columbus Day is also an opportunity to celebrate the heritage we share with the legendary explorer, the important relationship between the United States and Italy, and the proud Italian Americans who call our Nation home. Italian Americans have strengthened our country and enriched our culture, and through service in our Armed Forces, many have defended our Nation with courage and helped lay the foundation of peace for generations to come.

No mention of native Americans.

Over half a millennium ago, Christopher Columbus — an ambitious navigator native to Genoa, Italy — set sail for new horizons. Aboard the Niña, the Pinta, and the Santa María, his expedition went west for a months-long journey. Though his first of four voyages across the Atlantic did not end at his desired destination of Asia, Columbus’s adventure reflected the insatiable thirst for exploration that continues to drive us as a people.

Columbus’s legacy is embodied in the spirit of our Nation. Determined and curious, the young explorer persevered after having been doubted by many of his potential patrons. Once opportunity struck, when Ferdinand II and Isabella I agreed to sponsor his trip, he seized the moment and pursued what he knew to be possible. Columbus’s arrival in the New World inspired many and allowed for generations of Italians to follow — people whose Italian-American heritage contributes in immeasurable ways to making our country what it is, and who continue to help strengthen the friendship between the United States and Italy.

Though these early travels expanded the realm of European exploration, to many they also marked a time that forever changed the world for the indigenous peoples of North America. Previously unseen disease, devastation, and violence were introduced to their lives — and as we pay tribute to the ways in which Columbus pursued ambitious goals — we also recognize the suffering inflicted upon Native Americans and we recommit to strengthening tribal sovereignty and maintaining our strong ties.

It’s an admirable speech even while having the feel of checking off boxes — American character, Italian-Americans, native peoples. What is odd, though, is that if you claim Columbus’ drive is what continues to define the United States as a nation and a people, aren’t you triggering native Americans? Can remembering their suffering somehow exonerate a nation that for some is one of the worst in human history? What changes in the United States simply by remembering wrongs? 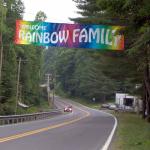 October 10, 2019
Why Dressing for Halloween as a Bible-Carrying, Cis-Gender Kid is Scary
Next Post 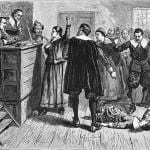