Worries about the Imperial Presidency are Not New

Some think that defenders of President Trump’s dealings with Ukraine are a threat to the United States’ constitutional order:

If Trump does something that he believes will get him get elected, “in the public interest,” then it cannot be “the kind of quid pro quo that results in impeachment.” In other words, Trump can do whatever he wants because he believes his presidency to be in the national interest. As several commentators have been pointing out in the last couple of hours, this is the equivalent of Richard Nixon telling David Frost “when the president does it that means that it is not illegal.”

That’s a worthy worry. The problem is that many Americans, even historians of the United States, seem to have missed that the presidency has been out of control for some time. The related twist is that the very features of modern America that make the country great — its military prowess and intervention in the affairs of countries like the Ukraine — is what has enabled presidents to think their actions, no matter the law, are in the interest of the United States and its people:

How did the Founders’ system of checks and balances break down? Despite some temporary bursts of extra-constitutional presidential activity from the founding to the turn of the 20th century, the presidency was basically the same limited office the framers had envisioned more than a hundred years later. Although during the 19th century there were a few strong presidents—Thomas Jefferson, Andrew Jackson, and especially Abraham Lincoln, who seized almost dictatorial powers during the massive Civil War—the vast majority of executives during that time properly deferred to Congress.

What changed this dynamic during the 20th century? There were more frequent, significant wars, allowing presidents to usurp powers from legislatures—particularly the four decade-long Cold War at the end of the 20th century.

Prior to World War I, Congress explicitly forbade President Woodrow Wilson from taking the very provocative step of arming U.S. merchant ships; he did it anyway. Prior to World War II, the American public, with the meatgrinder of World War I in mind, was reluctant to get involved in a second major European conflagration. President Franklin D. Roosevelt was anxious to goad the Nazis into attacking U.S. maritime forces—many months before the Japanese provoked United States entry into the conflict with the attack on Pearl Harbor—to flip American public opinion in favor of war. Without congressional approval, he secretly and unconstitutionally ordered U.S. naval forces to aid the British Navy in finding and killing German submarines to provoke a German counter-response that he could use for propaganda purposes.

Roosevelt also unilaterally and unconstitutionally traded U.S. Navy warships to Britain in exchange for establishing U.S. military bases on British colonies in the Caribbean. For even justifiable wars, Congress’s ability to decide whether the nation will be at war or at peace, which the Constitution gave to Congress with the power to declare war, is eroded when presidents take prior actions that can precipitate war, or render it more likely, before the legislative body has a chance to decide such a vital matter.

The “imperial presidency” first arose after World War II during the Cold War, when President Harry Truman completely dispensed with Congress’s war power by simply sending U.S. forces to the Korean War without any prior congressional approval. This was a seminal moment because from then on, presidents regarded getting legislative approval for major wars as a courtesy rather than a constitutional requirement. And for more limited military actions—which the “letters of marque and reprisal” provision of the Constitution implies that Congress should regulate and did heavily during America’s first conflict, the undeclared naval Quasi-War with France—the executive began to run wild, without perceiving any obligation to obtain legislative sanction.

Also, during the Truman administration, the National Security Act of 1947 significantly augmented the institutional powers of the presidency by creating the National Security Council in the White House, consolidating presidential control over the armed forces by establishing the Department of Defense, and creating the CIA, which would be used by presidents to conduct wars without the knowledge of Congress or the American people.

Chances are, the only danger in the presidency that many of Trump’s critics see is the character of the man. They don’t notice what the institution has become. Give them another decent man like Barack Obama and watch love for the White House return (irrespective of Afghanistan, Libya, Syria, or Ukraine).

January 28, 2020
People who Live with (never own) Cats do not Wear their Piety on their Sleeve
Next Post 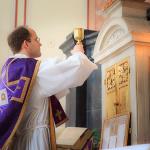 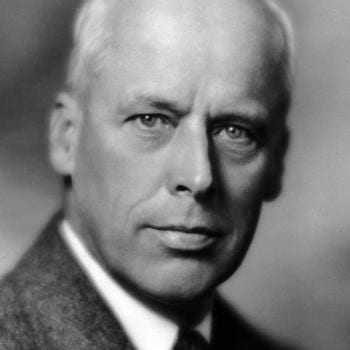 Evangelical
If Evangelical Support for Trump is Toxic, Won't...
Putting the Protest in Protestant
TRENDING AT PATHEOS Evangelical