David French Has a Theonomy Problem

At the risk of seeming obsessive, a little more attention to David French’s political judgments are in order. He was in the news fairly recently for calling attention to Al Mohler’s hypocritical flip-flop in support of President Trump. French, who has appeared on Mohler’s podcast, was reluctant to take off the gloves with his friend compared to the way he lets punches go with politicians who do not measure up to the columnist’s righteous standards. In other words, French used Mohler’s talk to attack the evangelical hypocrisy of voting for Trump in the 2016 election. In the world of righteousness, repetitiveness seems to be next to godliness.

French had a chance to explain his criticisms of both Trump and his evangelical supporters at a Q Summit (held virtually, of course, to comply with the recommendations of the wicked Trump administration) last week. John Fea put together a transcript of French’s round table with Eric Metaxas on evangelical judgments about Donald Trump. Apparently, Fea thinks French got the better of Metaxas. That very well could be the case in the competitive world of public holiness, but anyone serious about the study of government, society, and history should stay a least two lanes away from French’s.

Here is where French reveals an underlying theonomic outlook for assessing a political candidate:

I believe support for life is necessary but not sufficient. So in other words, for me for a candidate to earn my vote they have to be pro-life but just being pro-life by itself does not earn my vote. A person who is malicious, cruel, corrupt, incompetent. And let’s, let’s talk about the poor for a minute. Competence matters. You know, we cannot ignore the fact that right now we just had, in the last thirty days almost 50,000 Americans have died of coronavirus. The current unemployment numbers we’ve wiped out all the job gains since the Great Recession. There’s a four, an additional four million people filed for unemployment, on top of the 22 million before that. What happened? What happened? Now look, it’s going to be hard to deal with the pandemic, it’s going to be hard. But this president, Eric talks about his personal sacrifice for the country. This president misled America for week after week after week about the threat of the coronavirus. He misled, he exerted pressure inside his administration to minimize the threat of the coronavirus because he had his eye on the stock market. You want to talk about poverty, 26 million people– we have 50,000 dead. You know, when you talk about ‘Make America Great Again,’ I wasn’t thinking, ‘Well, better than Italy not as good as Taiwan.’ Ah, I wasn’t thinking, ‘Better than Spain, not as good as Germany.’ And our response to this, this is a pandemic that not only was foreseeable, it was foreseen. And he misled America.

Granted, this is an off-the-cuff conversation, but three ideas are wrapped into one. Abortion, character, and competence. Competence is the closest French comes to addressing something that Christians have in common with non-Christians in his list of political concerns.

You’re talking about sacrificing the country, this man is a draft-dodger. This man’s campaign tried to solicit aid from a geopolitical rival, tried to and was too inept to succeed. Tried to solicit aid from a geopolitical rival. Talking about putting his own personal success above the country, he tried to extort from a vulnerable ally locked in a military conflict with Russia, an investigation of a political rival and an investigation of a frankly insane conspiracy theory. You know so, we’re sitting here looking at this and I’m saying it’s necessary to be pro-life it’s hardly sufficient, and then the inflammation of racial tensions that goes right back to Tim Keller’s conversation we had earlier is inexcusable.

And so, we have all of these things and here’s what I have to say my view is: Are you salt and light when you inflict that maliciousness and cruelty on the United States of America, are you being salt and light?

“Salt and light” could mean that evangelicals are supposed to be salt and light and so support politicians that will either themselves be salt and light or govern in a way that reflects back on evangelicals’ saltiness and brightness. Those are actually very different and at the root of evangelical naivete about politics — as if the person they elected is supposed to make them look virtuous. Either way, French is in the realm of thinking about politics from a Christian perspective. Try that for a Jewish American or a Muslim American and what would French say? Should Americans vote for politicians who will reflect their religious beliefs? Or, if you are trained in law and have some awareness of the American legal tradition, don’t you know that American law is a very different animal from canon law, Sharia law, or the Old Testament’s civil code?

French makes it hard to separate civil from religious law again when he describes a Christian’s political duty:

my position is that Christians in all areas of life, in all areas of life should be salt and light. Whether you’re a, you know an insurance agent for State Farm, whether you’re flipping burgers at McDonalds, whether you’re an officer in the military, whether you’re engaging in politics, there is no area in which you’re not called to be salt and light. And there’s no area in which you are not called to be an ambassador and a witness for Jesus Christ. There’s no area that you wall off from Christian ethics, none, no area. And also that is not a, a unusual view in Christianity that’s basic ‘small-o orthodoxy,’ it’s been basic ‘small-o orthodoxy’ in dealing with Christians and politics for a very long time. For a very long time Evangelicals were the sub-set of Americans who are most likely to say that character mattered in politicians, for a very long time.

Salt and light, character, no distinction between public and private — they all go together in French’s mind. They also go together in the governments for which theonomists call.

In case you were wondering whether French has the character that he wants to see in politicians, you won’t turn blue holding your breath:

Now listen, if you want to talk about getting your hands dirty. At one point I had sued more universities on behalf of Christians who are being actually excluded from campus on behalf of, you know professors Christian professors who are being denied job opportunities than any other lawyer. I formed the first pro-life, dedicated pro-life club at Harvard Law School, 20, ah gosh man a long time ago, 28 years ago. Um, I was a keynote speaker at Students for Life of America and I said to those students when I was at ADF, ‘If you’re pro-life and you have a problem on campus we’re gonna represent you for free I don’t care where you are in the country.’ And we kept that promise, and ADF keeps that promise still today, amazing organization.

So to say that I have not or in any way imply that somebody like me has not gotten their hands dirty I have gotten my hands dirty my entire life.

These could be examples of courage as much as character, though they likely go together in French’s mind since his political philosophy, at least when he brings in Christianity, is remarkably simple.

Here’s the kicker. French is a member of a Presbyterian Church in America congregation. His communion has a very detailed set of doctrinal statements, found in the Westminster Confession of Faith, Shorter and Larger Catechisms. Those documents teach that the kind of character that goes with the Christian language of being salt and light only comes from regeneration.

These good works, done in obedience to God’s commandments, are the fruits and evidences of a true and lively faith: and by them believers manifest their thankfulness, strengthen their assurance, edify their brethren, adorn the profession of the gospel, stop the mouths of the adversaries, and glorify God, whose workmanship they are, created in Christ Jesus thereunto, that, having their fruit unto holiness, they may have the end, eternal life.

Their ability to do good works is not at all of themselves, but wholly from the Spirit of Christ. And that they may be enabled thereunto, beside the graces they have already received, there is required an actual influence of the same Holy Spirit, to work in them to will, and to do, of his good pleasure: yet are they not hereupon to grow negligent, as if they were not bound to perform any duty unless upon a special motion of the Spirit; but they ought to be diligent in stirring up the grace of God that is in them. (Confession of Faith, 16.2-3)

If David French wants POTUS to be a person of character, and if French himself is not going “wall off” politics from Christian ethics, if he himself is going to be an ambassador for Christ in every part of his being — if all of that is true, how could he ever vote for a candidate who is not a Christian? And if American government requires people of character, how are non-Christians ever going to hold office? And if character is something that Christians need to insist upon, how are ministers, elders, sessions, presbyteries, and General Assemblies — the very church officers of French’s own Presbyterian denomination — how are those divines not going to be responsible for determining what character is theologically and then who has it? How is running for office going to be different from being interviewed by elders for church membership?

And that would likely be fine as an answer if it did not take David French from being a theonomist to a liberal Protestant, the Protestants who look to Jesus as a moral example, who reduce the importance of doctrine to preserve Christian morality (mostly the Second Table of the Law). 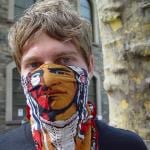 April 24, 2020
Resistance Theory for a Global Pandemic
Next Post 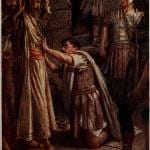