Some favor that churches remain closed. When they do they usually invoke love and the common good. This is from the mainline churches in Iowa:

As denominational leaders in the Christian tradition, we are united in our concern regarding Governor Kim Reynolds’ declaration to allow spiritual and religious gatherings in Iowa.

It was with surprise we learned of the Governor’s proclamation and, as such, we feel compelled to provide clarity and guidance of what it means for congregations to be faithful and safe during these extraordinary times.

In the spirit of ecumenism, we join together in asking congregations and members across the state to take faithful action by refraining from in-person religious gatherings, including worship. We encourage and hope that congregations will worship and gather in community from afar continuing the use of technology and other means. Decisions to return to in-person gatherings in our congregations should be based on science, the best practices recommended by public health officials, and in consultation with the leaders of our faith communities.

It is by our faith that we are compelled to love our neighbor. In the midst of the COVID-19 pandemic, that love comes to expression by remaining physically apart. Loving our neighbor, and thereby the whole community, includes putting public health and the well being of others ahead of the natural desire to be physically present together in community and in worship.

As faith leaders, our hearts grieve for the immense pain and suffering felt by so many during these times. Whether mourning the loss of a loved one who has died from the coronavirus; facing the economic stress due to the loss of employment, business, or income; feeling isolated or alone; experiencing the stress of managing children and work from home; carrying the burden of uncertainty from the disaster and when a new normal may emerge, we pray you might find strength and hope in God’s unending and ever-present love.

For the sake of the common good, we ask all congregations, their leaders, and their members to prioritize the safety and well being of each other, those at particular risk, and those in their broader community. Please love one another and your neighbor by continuing to be in community together from afar.

In a similar manner, some evangelicals favor compliance as a form of love:

The pandemic will not last forever, social distancing will come to an end, and businesses and churches will reopen. We don’t know when, because most of us are not epidemiologists, actuaries, or governors. Reno is right that at some point we will have to make a choice about when to reopen. But it isn’t really “we” who will make the choice. It is “they,” the governing authorities. And given the nature of exponential rates of infection, it’s unseemly and unwise to rush them to decide now, at the early end of this crisis when the most lives might be saved with swift action.

Our choice is a simpler one. Church buildings should remain closed to help the authorities save lives and avert a humanitarian crisis that could kill more Americans than World War II did. The church will endure when its buildings are closed; the body of Christ can’t be killed by a virus. The body will continue its work of loving, serving, and sacrificing for others. It’s not fear of death that should guide church leaders to stay closed, but love of life and, specifically, our neighbor’s life. Christians should be known for that.

But in Minnesota, some churches are going to court:

Today the Upper Midwest Law Center filed suit in the federal court for the District of Minnesota on behalf of nine individuals, churches and small businesses:

* Northland Baptist Church of St. Paul, Minnesota and Pastor John Bruski, who have been prohibited from holding in-person religious services and indoor or outdoor religious gatherings while at the same time similar types of secular gatherings have been allowed under the executive orders.

* Living Word Christian Center, which has been prohibited from holding in-person religious services and indoor or outdoor religious gatherings, while at the same time similar types of secular gatherings have been allowed under the executive orders.

Which is the faithful response? One way to answer is to ask what did the apostles do. Remember what Paul and Silas did after being beaten and thrown in prison in Philippi for proclaiming the gospel, then freed from prison by an earthquake, then converting the jailer and his household, and then a possibility of being released by legal authorities officially:

when it was day, the magistrates sent the police, saying, “Let those men go.” 36 And the jailer reported these words to Paul, saying, “The magistrates have sent to let you go. Therefore come out now and go in peace.” 37 But Paul said to them, “They have beaten us publicly, uncondemned, men who are Roman citizens, and have thrown us into prison; and do they now throw us out secretly? No! Let them come themselves and take us out.” 38 The police reported these words to the magistrates, and they were afraid when they heard that they were Roman citizens. 39 So they came and apologized to them. And they took them out and asked them to leave the city. (Acts 16)

Someone could say that preaching the gospel under legal harassment is not the same as meeting for worship during a pandemic. Even so, the apostles did not seem to worry about the common good or whether their actions were loving (in a modern sentimental way). They even appealed to their legal standing and forced an apology from the civil magistrates.

Imagine if more churches took that approach during COVID-19. 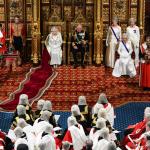 April 29, 2020
David French Has a Theonomy Problem
Next Post 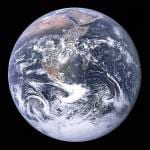 How Individualism Spreads Racism
Individualism is a key value in American white culture. By “individualism,” I...
view all Evangelical blogs
What Are Your Thoughts?leave a comment
Copyright 2008-2020, Patheos. All rights reserved.