Archbishop Carey: Church of England ‘One Generation Away from Extinction’

“One generation away from extinction in Britain” is the phrase.

Lord George Carey, former Archbishop of Canterbury, used it in a speech at the Shropshire Churches Conference.

There are news stories with quotes around the phrases saying it both ways.

The point is still the same. Decades of blundering around, chasing the culture and trying to be politically correct rather than preaching Christ have taken their toll. Acceding to the monster of extreme secularism (which, when it’s carried to its most aggressive end is a form of tyranny that seeks to wipe out religious belief) has backed the church in England into such a tiny corner of insignificance that it can no longer behave as a church.

In an odd sort of way, this is exactly what I’m trying and failing to talk about when I keep calling for the leadership in the worldwide Catholic Church to stop talking to one another and begin talking to the laity and to use simple, direct language to do it. They must stop hiding behind mush-mouthed theology-speak and start communicating with the larger culture.

Lord Carey talks about a need for ministries for young people as a way to revitalize the Church of England. My advice is far simpler: Preach Christ and Him crucified.

When Church leaderships, whatever the denomination, fall in love with themselves and their access to the various halls of power, they have fallen for the first and most pernicious form of corruption Christianity can know. I see it in a small form at the Oklahoma legislature when I see religious leaders subvert the Gospel they claim to follow in order to cozy up to political power.

The Church — and by that I mean all denominations that make up the body of Christ — has become too much in love with the world and too addicted to sitting at the big table at the front of the room at political gatherings.

The reason the Church of England is foundering is that it has made too many accommodations of the Gospels of Christ to fit the various political and social fancies of the days through which it has passed. There is no reason to get up on a Sunday morning and go sit on a hard pew to hear the same social/political claptrap that you hear outside the Church. That is especially true when the social/political claptrap in church is spoken in a mumbly, sneering manner.

My family attended the Episcopalian Church (which is the American version of the Church of England) for several years. Our first vicar was a good man. When he left, the bishop put a replacement in who was, in my opinion, a charlatan. This man, who also taught at one of our universities, stood up in the pulpit and bragged about how he had destroyed the faith of a Southern Baptist student who had come to him for counseling in a time of doubt.

He preached that Christianity was just one faith among many and that the miracles in the Bible were lies and that most everything in the Scriptures was untrue. He didn’t believe in the trinity, the Virgin Birth or much of anything else.

Why would anyone continue to go to a church that preached this nonsense? These are not the words that lead to eternal life. This is the teaching of the evil one, wearing vestments.

This is, hopefully, an extreme example. But tepid faith and compromised Christianity deserve to die because they are not the words that lead to eternal life.

If you preach Christ and you don’t back down or run away when the resistance comes, people will begin to fill your pews.

The world is a butcher shop. Young people today are so damaged by the excesses of their parents with their divorces and obsessions about jobs and career and me, me, me lifestyles that vast numbers of them cannot marry and form families of their own. Their values are so degraded by the sex education and oppressive amoral training in relativism that they receive in the schools that they cannot see themselves or other human beings as children of God.

They are easy prey for any amoral, destructive teaching that comes down the road. They are ignorant of Christianity. When a young person asks, in all honesty, “Who is Jesus?” as a young person asked a friend of mine recently, you know that the culture is post Christian.

People are dying spiritually, our whole Western world is dying spiritually. This vast spiritual vacuum will be filled with something, and it will not, in the end, be atheism. That philosophy is too cold, hopeless and shallow to sustain a culture.

The question becomes what will fill the God-sized hole in the people today if the Church continues down its road of self-absorption and cowardly accommodation to its own demise?

The possibilities  are many, but the one true fact remains. Nothing and no one but Christ and Him crucified will suffice. Only Jesus Christ has the words that lead to eternal life. Our only hope as a culture and as individual people is the empty tomb.

Let me say that again.

They also need clergy who will stop pandering to the larger culture and preach Christ. The larger culture, which is increasingly dominated by the values of the pit, will react with anger to anyone who preaches Christ. The belittling, smearing and slandering will follow close on the heels of anyone who speaks for Jesus. That is no reason to stop doing it. It is confirmation of how badly it is needed.

The Church of England needs clergy who mean it. They don’t need ministries. They need faith. And courage. And conviction. And a willingness to live and die for Jesus.

London – The Church of England is just “one generation away from extinction”, the former Archbishop of Canterbury said on Tuesday.

Lord Carey laid the blame at the feet of Church leaders who he said should be “ashamed” of their failure to bring youngsters into their services.

His stark message was echoed by the Archbishop of York, who told the General Synod that compared to the need to attract new worshippers, “everything else is like re-arranging furniture when the house is on fire”.

The Most Reverend John Sentamu told the Synod – where leaders will debate how to persuade traditionalists to accept women bishops – that they spent too long “arguing over words and phrases, while the people of England are left floundering amid meaninglessness, anxiety and despair”.

Lord Carey, who stepped down from Lambeth Palace in 2002, remains among the most high-profile campaigners for Christianity in the country. He said: “We ought to be ashamed of ourselves. We are one generation away from extinction – if we do not invest in young people there is going to be no one in the future.”

The series of high-level warnings about a looming crisis comes at a time when Christian belief and the Church of England appear under attack on a number of fronts. Recent census figures have shown a decline of more than 10 percent in a decade in numbers of people who call themselves Christian, and the courts have rejected a series of pleas from Christians for respect from the law for their beliefs.

Last month, one of the most senior judges struck a blow. President of the Family Division Sir James Munby declared the courts are not Christian and “the days are past when the business of judges was the enforcement of morals or religious beliefs”.

Ministers – who ignored the Church of England’s objections to same-sex marriage – have gone so far as to threaten the autonomy of the Church of England by hinting that the government will intervene to force its hand if it cannot bring itself to approve the appointment of women bishops.

Lord Carey’s warning was delivered in a speech at Holy Trinity Church in Shrewsbury as part of the Shropshire Churches Conference 2013. 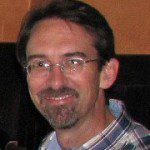 Whence Hath It Tares?
I started out for the community garden, with a stack of...
view all Catholic blogs
What Are Your Thoughts?leave a comment

6 responses to “Archbishop Carey: Church of England ‘One Generation Away from Extinction’”