Atonement and the Undoable

Atonement and the Undoable May 21, 2014 Rebecca Hamilton

Note: This is a re-post of an earlier post. I hope you enjoy reading it again.

Eve Tushnet and a friend went to see a presentation at the Jewish Community Center in Washington, DC. The presentation was designed to prepare people for the High Holy Days.

Since the High Holy Days are about repentance, it tracks that the presentation was on atonement. However, Eve finished the evening more bemused that enlightened. As she put it,

All of the stories were interesting and for the most part well-told–but literally none of them followed the form I was most hoping for: “I sinned, I realized I was wrong, and I made amends, here’s how.” Several of the stories explored related questions of conscience: Ritija Gupta turned the story of how a bad-girl friend persuaded her to steal sixty cents’ worth of beads, at age seven, into a sharp little parable on how we misunderstand the gravity of our actions, condemning ourselves for peccadilloes while assimilating huge ongoing sins into our sense of what’s normal and acceptable. The host, Amy Saidman, did a funny shtik about the war between “Citizen Amy,” whose conscience would never allow her to damage a car and not even leave a note, and “Spray-Tan Amy,” who can’t stop because she is receiving an award that night, who is special and above the rules.

… The most powerful story came from the most intensely compelling storyteller, Colin Murchie. He’s someone I’ll be looking out for at future Speakeasy events. I don’t want to tell his story for him, but it was about a night when he was forced to completely reassess the motives which had led him to become a volunteer firefighter in a very tough Maryland suburb.

Based on Eve’s description, I would say that one reason the stories didn’t lead to atonement is that they weren’t about serious sin. I understand why, or at least I think I do.

The evening wouldn’t have been entertaining if the story tellers had talked about their adulteries, abortions, shoplifting and the night the guys all got drunk at the fraternity house and passed the girl around. If the wife-beater among them had confessed to beating his wife, and the woman who was sleeping with her husband’s best friend had told all, the evening might have ended early.

But the truth is that the first requirement for atonement has to be an action that wounds someone else.

Let me give you an example. Back in my misspent youth, I was the NARAL Director for Oklahoma. I referred women for abortions. I helped organize the first abortion clinic in Oklahoma and got it up and running.

In short, I helped kill people.

Helpless little people that I denied were people while I was advocating for their deaths.

Now there’s something that needs a little atonement.

But how? How does anyone atone for so heinous a crime?

For those of you who are reading this with baited breath, waiting for me to give you an answer, I’ll cut to the bottom line: You can’t. You can not atone for sins as black as the ones I’ve committed.

But if, for reasons that confound all comprehending, God still loves you, even after what you’ve done; if He welcomes you home to Him with joy that defies your ability to find words to describe it, and if He then puts you back into the same place where you committed some of your worst sins in the past —

— If He does all that, then, just maybe, you get the chance to … not do it over, because nobody ever gets the chance to do anything over … but to do it again, and this time to do it better.

How does an adulterer atone for his or her adultery? By being faithful to their spouse.

How does a wife-beater atone for beating his wife? By loving her the way God intended.

But even this kind of living atonement cannot undo the harm you have done. One of the hardest penalties of committing grave sin is that you can’t un-sin it.

Without Jesus Christ you are stuck there in the pit of your sin and remorse forever. You will be a murderer/adulterer/liar/beater all your days. This is why I sometimes get so impatient with people who come on this blog and demand that the Catholic Church change the rules to tell them that their sins aren’t sins. They never do this about eating too many cookies or being a volunteer firefighter for the “wrong” motives.

Nope. They’re ok with those things and the Church’s teachings about them.

It’s the biggies that get them on here demanding a hall pass to heaven. They want the Church to tell them that their adulteries, abortions, disordered sex and lying, cheating ways are not a sin. They claim that anyone, anywhere, who says otherwise is “judging” them.

There are days when I want to put my arms around these lost souls and hug them. There are other days I want to ask, Are you kidding? Where do you get the arrogance to do these things and then demand that the Church — the Church — say that they are not sins?

Do you know what saved me?

The knowledge that I had sinned.

Without that, I would still be lost.

As for atonement, that came long afterwards, when I was mature enough in Christ to survive it. Atonement for me was being given an extra measure of forgiveness I most assuredly did not deserve. God put me in the place and almost coerced events so that I would be given the opportunity to pass pro life legislation. Atonement for me was being pilloried by pro abortion people. I was forced (against my will, I have to admit) to suffer public hazing for the babies.

It was that suffering, that character assassination and constant emotional battering, that finally set me free.

God forgave me, and, after a period of intense grief, I realized that I could not refuse His forgiveness by hanging onto my grief any longer. To do otherwise would be to say that my sins were greater than His mercy.

But it was the atonement — which in my case amounted to a kind of social death — that finally set me completely free of my sins.

I could not undo what I had done. I could not unkill those I had helped kill. I was powerless to rewind the havoc I had wreaked with my sinfulness.

But God could heal me of this grief, and He did. He gave me the chance to suffer just a bit, and the suffering cleansed me in my heart and mind.

I read somewhere — I think it was In This House of Brede, but I’m not sure — that atonement is really at-one-ment. That is a beautiful thought, and I think a true one. Atonement heals the person who atones and allows them to fully rejoin the human race, including those they have harmed, with a renewed self and a new purpose.

Now I, the former advocate of abortion, champion the unborn. I moved from who I was to who I am, from my then to God’s now. In the process, I found a wholeness and forgiveness that only someone who has gone to Jesus in the hopelessness and desperation of knowing that nothing they do can ever undo what they have already done can understand.

None of this belongs in a play, of course. At least not an entertaining one.

But it is the truth. 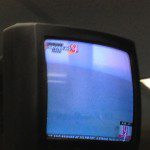 May 21, 2014 Go Day. Come Day. Lord Bring Friday.
Recent Comments
189 Comments | Leave a Comment
Browse Our Archives
get the latest from
Public Catholic
Sign up for our newsletter
POPULAR AT PATHEOS Catholic
1

Building The Right Legacy
“Rather, whoever wishes to be great among you shall be your servant;...
view all Catholic blogs
What Are Your Thoughts?leave a comment

189 responses to “Atonement and the Undoable”