ISIS Demanded $132 M for James Foley. When They Didn’t Get It, They Beheaded Him.

If you’ve seen the video of James Foley’s beheading, you witnessed a speech from his heavily disguised murderer giving political reasons for the crime.

It turns out that the real reason was probably mostly about money. ISIS has been receiving large amounts of money as payment for freeing ransomed Western captives. If the claims that they wanted $132 million in exchange for James Foley’s life are true, then it may well be that one of the ways in which this killing machine is being funded is through ransom.

It also makes it even more apparent that James Foley is an American hero who was murdered for his country.

America does not pay ransoms to terrorists, for the reason that I gave above. Ransom money that is paid to terrorists finances terrorism, and it leads to more innocents being taken hostage. Despite this, I want to emphasize that the work of journalists like James Foley is both heroic and necessary. They are heroes, every one of them.

James Foley’s death was murdered because he was an American. That much is absolutely certain. His murderer plainly stated that he was being killed as a reprisal for American air strikes.

It appears now that he was actually murdered because America does not pay ransom to terrorists. In this way, and only a bit indirectly, he died to prevent other people from being taken hostage and to prevent additional funding from falling into ISIS’ hands, which would have then been used to perpetrate more crimes against humanity. In short, his death saved lives.

Stories are swirling around that France has been paying these enormous ransoms. I understand the emotions behind this, but it seems clear that the money is being used to finance a genocidal army that is bent on destroying civilization.

Notice, I did not say a genocidal army that is bent on destroying civilization in the Middle East. ISIS has made continuous direct threats against Europe. They have explicitly said that they intend to wage the same kind of war there that they are waging in Iraq and Syria. They have also made similar threats against America.

How many of the immigrants from the Middle East are in fact carriers of the violent terrorism virus? We don’t know. What is clear is that ISIS is making threats that are in many ways a veiled claim that they have people on the ground in both Europe and America.

ISIS has been actively recruiting “soldiers” from among Muslim immigrant communities, which probably explains why James Foley’s murderer had what sounded like an undertone of a British accent.

“Right now, they have plenty of other things to worry about and bigger fish to fry,” says Mia Bloom, an expert on suicide terrorism. But “everybody’s worried about what happens when these guys come back” – especially after the U.S. bombing.

The Islamic State, which emerged from the Syrian civil war, has conquered a swath of Iraq and Syria and governs the region under an extreme form of Islamic law. Thursday, Defense Secretary Chuck Hagel called its threat “beyond anything we’ve seen.”

Many Americans have been troubled by the Islamic group’s military victories, outraged by its atrocities and startled by its ability to recruit fighters from Western nations. The video-recorded beheading this week of journalist James Foley has made some wonder whether the jihad that swept from Syria into Iraq could reach America.

An attack could come later from returning fighters, experts say, or sooner from Americans who’ve never been to the Middle East but are inspired by Islamic State propaganda.

But the thrust of the Islamic State’s polished online recruiting pitch is to come on over and join the fight, not to stay home and plot terrorism.

In videos featuring fighters such as Canadian Andre Poulin, the recruitment message is clear, says John Horgan, a UMass-Lowell expert on terrorist groups: “There’s a role here for everybody.’

Mr Francois was held captive along with Mr Foley. He said that Mr Foley was subjected to beatings and psychological torture, including mock executions. Among other things, his captors made him stand against a wall and pose as if he had been crucified.

According to Francois, “… Foley never cracked, even under the most difficult situations … (he) was one of the pillars of the group.”

Mr Henin’s reaction to the video of James Foley’s murder is exactly the same as mine:

“That is someone, I mean, a real man … Many people would’ve freaked out and (would have been) terrified because he knew very well what was going to happen to him … but he was still standing up, looking forward and speaking with a clear voice.”

At the end of the video of James Foley’s murder, his carefully disguised murderer drug another bound American. Steven Sotloff, into the camera view as if he was a sack of potatoes.

“The life of this American, Obama, depends on your next decision,” he said while he held his helpless captive in front of the camera.

In the context of the speech this murderer was making, it sounds as if he was threatening to also kill Steven Sotloff is America did not stop bombing in Iraq. However, taken in the larger context of what we now know, it sounds as if this was a ransom demand; pay up or we’ll kill this one too.

This is the press conference James Foley’s parents gave after his death. They beautiful, Godly people, an antidote of American goodness to ISIS evil. 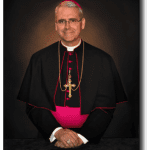 August 22, 2014 Satanists Gave Back the Host, but We've Still Got a Black Mass Happening.
Recent Comments
8 Comments | Leave a Comment
Browse Our Archives
Follow Us! 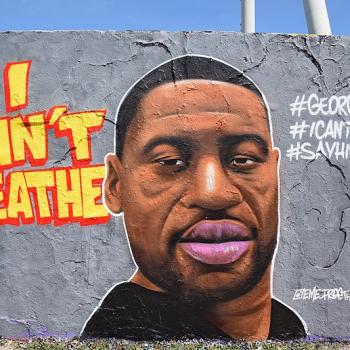 The Complexity of History and the Human Condition
It is my heartfelt belief that history, and historical figures, are as...
view all Catholic blogs
What Are Your Thoughts?leave a comment

8 responses to “ISIS Demanded $132 M for James Foley. When They Didn’t Get It, They Beheaded Him.”