Bromance Aside, Obama Speaks for Religious Freedom, Women, in India

President Obama made some tough comments in a speech he gave during his visit to India. Indian Prime Minister Narendra Modi had previous pulled out all the stops by greeting President Obama with a hug when he first arrived, and then issuing gushy statements about the “chemistry” between himself and our president.

President Obama has promised 4 billion in investment and aid to India. But along with that came a speech in which he stated that India needs religious freedom and that an Indian woman should “be able to go about her day — to walk the street or ride a bus — and be safe and treated with the respect and dignity she deserves.”

“Nowhere is it going to be more necessary to uphold religious faith than in India. India will succeed so long as it is not splintered on religious lines,” Obama said.

“Your Article 25 (of the Constitution) says that all people are equally entitled to freedom of conscience and the right freely to profess, practice and propagate religion. Every person has the right to practice their religion and beliefs and not practice it if they choose so without any persecution,” he added.

In his 2010 town hall address, the US president had spoken of religion mainly in reply to a question on jihad and the distortion of Islam by extremists.

Obama was also much more vocal on women’s issues, unlike last time.

“A measure of a country’s success depends on how it treats its women. Nations are more successful when their women are successful. Every woman should be able to go about her day—to walk the street or ride the bus—and be safe and be treated with the respect and dignity that she deserves,” Obama said on Jan. 27.

The allusion to the brutal Dec. 2012 gang rape of a 23-year-old girl in New Delhi was clear.

“Our nations are strongest when we uphold the equality of all our people and that includes our women,” he added. 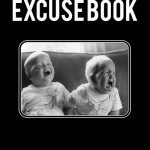 January 27, 2015
Is Your Congressperson Lying to You about the 20 Week Abortion Ban?
Next Post 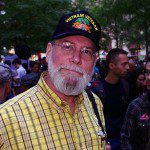 Official Catholic Church Teaching on the...
The Shoeless Banshee: Meanderings Beyond the Pale
Related posts from Public Catholic