I’m always the outlier. No matter what the question, as soon as the crowd starts yelling Huzzah!! I’m the one standing slightly aside, saying “wait a minute now.”

My “now, wait a minute” in this instance is based on those confounding truths that reality often imposes on idealism when public policy is the question. This reality is multifarious, and I’m mentally and physically tired this morning. So I’m going to abandon long-winded explanations and number my thoughts. Here we go.

Jihadi John, and all of ISIS, commit crimes that are not just crimes against the persons on whom they inflict them. They commit crimes that are crimes against the structure and fabric of civilization and humanity as a whole. That is what a crime against humanity constitutes. It is a crime that attacks the bedrock of human civilization and that destroys and diminishes all of humanity in a real and rending way.

I believe that those who commit crimes against humanity, in particular the leaders, figureheads and mouthpieces of such crimes, should be put to death. I also think that their bodies should be consigned to the sea in unmarked locations. They deserve no monument, no memoriam.

For that reason, when I consider blanket responses to questions of public policy, I am often forced to say, “Wait a minute …”

The death penalty is no exception. 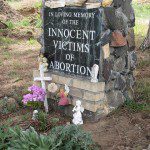 March 6, 2015
What is Human? Abortionists Try to Explain That Killing is Not Killing.
Next Post 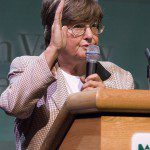 March 7, 2015 The Popes and the Sister Speak Against the Death Penalty
Recent Comments
37 Comments | Leave a Comment
Browse Our Archives
Follow Us!