Church Turns to Congress for Relief from Attacks on Religious Freedom

The first is the ironically titled Human Rights Amendment of 2014. According to Catholic News Agency,

… the Human Rights Amendment of 2014, forces religious schools to recognize persons and groups who might conflict with their stated mission and allow them use of their facilities and benefits. For example, a Catholic school would be forced to officially recognize an openly-gay student group and could not deny them use of its facilities.

The second is the equally mis-titled Reproductive Health Non-Discrmination Act of 2014. Again, according to Catholic News Agency,

… the Reproductive Health Non-Discrimination Act of 2014, prohibits all employers from discriminating against employees over their “reproductive health decision making.” Thus, a Catholic or pro-life group could not make employment decisions based on their employees’ decision to act contrary to the mission – such as procuring an abortion, for example.

To read a fact sheet on the two laws, go here.

There are two resolutions in the United States Senate which would overturn these laws. Congress has 30 days to review the bills, which are slated to become law on April 17. As noted in the Catholic News Agency article,

The Archdiocese of Washington supports these two resolutions, which, they say, “subjugate the Church’s moral teaching to the moral views of the government” and “result in discrimination against religious believers.”

The Knights of Columbus, the United States bishops’ conference, the Catholic University of America, the National Association of Evangelicals, and the Ethics and Religious Liberty Commission of the Southern Baptist Convention have joined the Archdiocese of Washington in the call to pass the resolutions.

I do not know if Georgetown University has joined the opposition to these laws. If they have not, I would like to know why.

Congress clearly has the power to overturn these laws. The question, as always with Congress, is will they use their power for the purpose it was given to them, or will they set this up as another partisan fight in order to align voters for the ’16 elections?

Congress needs to hear from their constituents as to why they are not doing any of the things that got them elected in the first place.

The Archdiocese of Washington issued the followed press release concerning the resolutions in Congress on March 18:

U.S. Senate Must Stand for Religious Freedom in Nation’s Capital

WASHINGTON – Today the Archdiocese of Washington, along with a large and growing coalition of religious institutions, faith-based organizations, and pro-life advocacy organizations within the District of Columbia, welcomes the introduction of two resolutions disapproving the unprecedented attack on religious freedom, freedom of speech and freedom of association in the nation’s capital through the Reproductive Health Non-Discrimination Amendment Act (RHNDA) and the Human Rights Amendment Act (HRAA).

HRAA, by removing conscience protections in the law, would prevent religious educational institutions from operating according to the tenets of their own faith with regard to human sexuality, and RHNDA would force religious institutions and other organizations to hire or retain employees who publicly act in defiance of the mission of their employer. Both laws subjugate the Church’s moral teaching to the moral views of the government, violating the First Amendment to the U.S. Constitution and the Religious Freedom Restoration Act, and result in discrimination against religious believers.

The Archdiocese of Washington has long respected home rule for the District of Columbia and, therefore, advocated for our religious rights with the D.C. Council throughout the legislative process. Despite this, the Council passed these acts. The archdiocese’s appeal to Congress to restore these constitutional rights is the only legislative recourse that remains. The Council of the District of Columbia transmitted the new measures to Congress on March 6, initiating a thirty-day congressional review period.

The archdiocese is grateful for the resolutions introduced today in the U.S. Senate and is hopeful for swift action in both chambers of Congress within the remaining days of the congressional review period. 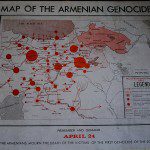 March 23, 2015 Sprinklergate: Is it Real, or Is It Politics?
Recent Comments
3 Comments | Leave a Comment
Browse Our Archives
get the latest from
Public Catholic
Sign up for our newsletter
POPULAR AT PATHEOS Catholic
1

If You Want to Enter God's Presence, Live...
My Bible reading this morning included Psalm 15. I was so struck...
view all Catholic blogs
What Are Your Thoughts?leave a comment