Vatican Acknowledges that ISIS’ Threats Against Pope Francis are Real

Commander Domenico Giani, head of the Vatican police force says that talks he’s had with Italian and foreign colleagues have convinced him that ISIS’ threats against Pope Francis are real.

The head of the Vatican police force, or “Gendarmerie,” Commander Domenico Giani, said this weekend that the Islamic State (ISIS) threats against Pope Francis are “real” and not just media propaganda. “This is what emerges from the talks I have had with Italian and foreign colleagues,” he said.

Threats against the Pope and the Vatican go beyond the institutional Islamic State, said Giani, and extend to the risk of lone wolves, “which are more dangerous because they are unpredictable.”Giani has stood at the helm of the Vatican police for the past nine years, but he now faces an especially tense period in the face of the dramatic news coming from the Middle East and North Africa and explicit ISIS threats against the Pope and Rome.

According to the commander, Pope Francis is fully aware of the risk but “is not compromising the style of his pontificate, based on closeness to the people, that is, on personal contact with the greatest number of people possible.” Even as Pope, he said, Francis remains “the priest who does not want to lose touch with his flock.” 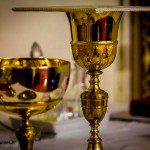 March 2, 2015
After 9 Years Ripping Off the Priesthood, Gay Priest Leaves, Blames Church for His Life of Lies
Next Post

March 3, 2015 Netanyahu's Speech to Congress: An Overload of Truth
Recent Comments
2 Comments | Leave a Comment
Browse Our Archives
Follow Us!

The Flawed Nuptial Imagery in Querida Amazonia -...
Basically, you're wedded to a groom who is not actually Jesus, but...
view all Catholic blogs
What Are Your Thoughts?leave a comment