House Says It Will Vote on 20 Week Abortion Ban

House Says It Will Vote on 20 Week Abortion Ban May 12, 2015 Rebecca Hamilton

Pray to God that this actually happens.

LifeNews has confirmed that the House of Representatives this week will indeed vote on the Pain Capable Unborn Child Protection Act — the bill to ban abortions after 20 weeks, on the anniversary of the conviction of Kermit Gosnell. That anniversary and the vote will take place on Wednesday.

On this day two years ago, Gosnell was found guilty of killing Baby A, Baby C and Baby D by snipping their necks in brutal abortion-infanticides still legal in the United States. He was also convicted on hundreds of lesser charges ranging from infanticide to running a corrupt organization.

Leading pro-life groups are working hard to generate calls and emails to members of Congress to support the bill.

National Right to Life told LifeNews: “The bill is the Pain-Capable Unborn Child Protection Act (H.R. 36), which would extend general protection from abortion to unborn children beginning at 20 weeks fetal age — nationwide.  This bill could save the lives of thousands of babies each year.  This federal bill was developed from model legislation developed by National Right to Life, which has been enacted so far in 11 states.” 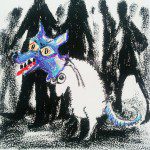 May 12, 2015
Christianity Declines Sharply in America. Here's the One, Two Three of It.
Next Post

May 13, 2015 History of the Crusades: President Obama's Prayer Breakfast Comments
Recent Comments
10 Comments | Leave a Comment
Browse Our Archives
get the latest updates from
Public Catholic
and the Patheos
Catholic
Channel
POPULAR AT PATHEOS Catholic
1