10 Ways I’m an Accidental Greenie. (Pope Francis, Are You Listening?)

I already do a few things that are accidentally in obedience to Pope Francis’ call to care for this good Earth of ours.

Admittedly, the environmental goodness of these actions is purely accidental on my part. But I think they still count.

They also indicate how easy it is to change in a few ways that, if we all do it, will make add up to a big difference.

Here are my accidental greenie actions.

I don’t work or shop on the Sabbath. In fact, I usually end up spending the entire day just putzing around with my family. I pray a Rosary and play a couple of hymns on my piano. But the Sabbath has mostly become a family day and a day of rest.

How does this qualify as an accidental greenie action? I think it qualifies because for one 24 hour period each week, I’m not spinning the wheel. Not only that, but I’m not doing things that require other folks to spin the wheel, either.

Taking a day off is not exactly a big sacrifice for Mother Earth. In fact, it’s not even a big sacrifice for my faith. I started this practice of Sabbath keeping because I became convicted that I was ignoring one the Commandments, and that was wrong.

What began as obedience quickly turned into a gift to myself. Following God’s rules for us usually does turn out to be a gift for ourselves, leading us as they do straight into a life of love, family, peace and hope. Sabbath keeping is no exception.

I think it also, by simply shutting down the practice of on-going consumption, aids the environment a bit. If we all did it, we might find that the impact was surprisingly large.

2. I turn up the thermostat, turn off the desktop computer, switch off the air filters and hunker down during hot summer afternoons.

This particular accidental greenie practice of mine is entirely about balancing the budget. Our local electric company has what it calls “Smart Hours.” If you enroll, they guarantee you a low rate for off-peak hours of operation. Then, they sock it to you during the peak hours.

The idea is to flip off everything you can, and get out the fans to keep cool from 2pm until 7pm. If you work outside the house during the day, you can put everything on a timer (I do that, anyway.) and you won’t even know it happened.

Since I work at home, I am aware that it gets warm in the house and that the whole place is eerily quiet because the little motors aren’t humming. But it’s not all that bad. I use fans and wear lightweight clothing and drink a lot of iced tea. It works.

It’s also kind of sweet at 7pm when things switch back on. It’s a kick every day to hear the house coming back to life.

The inconvenience is that I have to do all the chores that involve running plug-in machines either during the morning or evening hours. That can be a pain.

But it does save money, and now, I can claim that I’m also following my papa in his call to be kind to creation.

My personal car is a Honda Fit, which is basically a really cushy go-cart. It gets great gas mileage, and it’s a fine little car for taking Mama on the drives she demands.

I chose it because it was cheap and it had all those little niceties like power windows and a hook-up to play music from my iPhone that a car has to have to get me to park it in my garage. My gasoline bill runs me about $50/month because my little buggy sips the stuff.

Once again, my inherent cheapness has led me into being kind of the earth.

4. I use those lightbulbs that supposedly save energy.

My reason for doing this is — you guessed it — they save money. I almost never have to replace one of them, and they save $ on my electric bill.

5. I use a hand-crank can opener instead of an electric can opener.

Surprisingly, this tiny bit of greenie has nothing to do with saving money. I just don’t like electric can openers.

6. I play an acoustic piano instead of a keyboard.

Actually, this choice cost me money. I spent thousands of the dollars that I saved turning up my thermostat on hot days and driving my cushy go-cart to buy my piano.

Needless to say, the environmental impact involved did not enter my little mind. I laid down the $$ to bring home my wonderful instrumental friend that I call The Precious for one reason: I love the way it sounds.

Keyboards? Not so much.

I may buy a keyboard one day, if I ever find a group of friends to play with and need a portable piano. But unless that happens, I will never own one. I’m an acoustic girl all the way.

Now I can also put this in my faux greenie column.

7. I use solar lights to light my back yard and front flower beds at night.

This is my husband’s deal. He enjoys messing with those things. All I know is that they’re pretty and they run on sunlight.

Another score for accidental greenie-ness.

8. We charcoal instead of heating up the kitchen in the summer.

This is a combination of saving money on electricity by not heating up the house, and just plain liking the taste. We use an old-fashioned charcoaler instead of one of those gas deals; again because we prefer the taste. True, it does generate a bit of smoke, but the impact is bound to be less than running those big turbines that pour out the electricity.

See how easy it is to be environmentally friendly?

9. I turn the thermostat way down low and use an electric blanket to keep warm on winter nights.

This is another of my cheapness deals. It also reflects that fact that I like to sleep cool.

10. Every time I replace an appliance, I buy something energy efficient.

Can you guess why I do this?

If your answer doesn’t involve electric and water bills, you may have overlooked the not-so-subtle message in these ten items. I like to avoid spending money on utilities and such. I’d rather spend it on pianos and such.

There you have it: Ten easy things that I do — and I’ll bet you do, as well — that lessen the hit I take on what papa calls “our home.”

I have a feeling there may be more to this greenie stuff, but I don’t think it’s really as bad as a lot of people are making it sound. Switch off the lights when you leave a room. And stop supporting corporatists who really are raping the planet.

I think that last sentence, the one about not supporting corporatists, is what has all the pundits going. After all, they are paid — well paid — to say what they’re told.

My advice is simple: Support the pope and stop making yourself miserable about these things. Just do what you ought yourself and refuse to be co-opted by those who are trying to use you to their own purposes.

The only other thing I would add is that the next time someone calls the Pope a Marxist or some other ignorant garbage, switch them off and don’t go back. 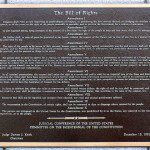 June 27, 2015
The Supreme Court's War on Government Of, By and For the People
Next Post 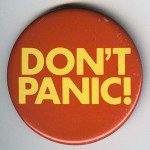 June 29, 2015 Don't Panic, But It Really Is That Bad
Recent Comments
8 Comments | Leave a Comment
Browse Our Archives
get the latest from
Public Catholic
Sign up for our newsletter
POPULAR AT PATHEOS Catholic
1

The Opposite of Killing is Compassion
I have a friend I follow on social media, who is...
view all Catholic blogs
What Are Your Thoughts?leave a comment

8 responses to “10 Ways I’m an Accidental Greenie. (Pope Francis, Are You Listening?)”