The Supreme Court’s War on Government Of, By and For the People

The Supreme Court’s War on Government Of, By and For the People June 27, 2015 Rebecca Hamilton

Can the Republic survive a federal government and a Supreme Court that is both corporatist and nihilist?

That is the question.

The United States Supreme Court has been waging a successful war on government of, by and for the people for several decades now. Roe v Wade and Obergefell v Hodges bookend an almost 50-year-old judicial bypass of democracy and the democratic process.

The Court, by injecting itself into a healthy, working democratic process, and arbitrarily ending that process by the use of the brute force of fictional “findings” in the Constitution, created an on-going Constitutional crisis such as this country had not seen since the Civil War. Flash forward 50 years, and we arrive at Obergefell v Hodges.

The DOMA decision of two years ago set the lower courts on their domino effect overturning of state statutes pertaining to the definition of marriage. That allowed the Supreme Court to do exactly what it intended when it overturned DOMA, which was to issue a draconian ruling. Yesterday’s decision was a judicial one-two punch. Anyone with half a brain could see that the issue had been decided when the Court set up the DOMA decision in the first place.

I suppose the lessons of Roe are why they decided to take this backdoor route to legislating from the bench. That, and the opinion polls which gave them the entirely false notion that they were acting in a manner that the public would accept.

Roe and Obergefell bookend tragic overstepping by the Supreme Court that have done and will do incalculable damage to the Republic. Roe shoved into the Constitution the legal fiction that some human beings are not in fact human and their lives have no value under the law. Obergefell destroys marriage as a legal construct. It enshrines cultural nihilism in the 14th Amendment and sets the Constitution on a collision course with itself.

Obergefell inevitably places the Supreme Court in the position of legislative arbiter on the limits and allowances of all manner of American freedoms which we have held dear and fought wars to preserve since this nation’s founding. We are going to see the Court’s ham-handed fine-tunings of the Bill of Rights on a plethora of challenges that will come from yesterday’s ruling. Each one of these subsequent rulings will do damage to American freedoms. Every ruling will limit the rights of We the People and will strengthen the Court’s power as a legislative body with dictatorial powers and no checks and balances.

Notice that I said that the yesterday’s ruling places the Supreme Court as the legislative arbiter. Obergefell is so destructive to the democratic process that it will inevitably remove whole areas of the law from the democratic process and place them entirely in the hands of the Court. The ruling is so nihilistic that it creates an arbitrary legal option for nihilism in future proceedings.

The Supreme Court has set aside democracy.

I mentioned corporatism a few paragraphs back. I am aware that my concern about corporatism confuses many Public Catholic readers. But corporatism, as practiced in America, is government, working entirely for multinational corporations who are like parasites draining every bit of economic vitality out of this country. Corporatism is not only a grave evil, it is the absolute enemy of the Republic.

These twin evils — corporatism and nihilism — are the underlying principles behind many of the Supreme Courts decisions in the past 10 years. The Supreme Court has become anti-democracy and subservient to corporatism.

The Court is not the only institution which serves corporatism and nihilism. Our legislative process is also poisoned by these twin evils, which are, at their root, very similar. Corporatists and nihilists share an absolute contempt for the will of the people. They are bedfellows in their parallel goal of side-stepping and annihilating the democratic process.

Their best friend in this is the United States Supreme Court.

The Court destroyed marriage as a legal entity yesterday. It also created a plethora of avenues by which basic American freedoms can be destroyed.

Advocates of gay marriage may themselves come to rue this decision. It will take time before that happens. A lot of tragedy and excess will have to play out before things get so ripe that everyone can smell the rot. But to the extent that gay marriage advocates value marriage and were simply trying to acquire the good of it for themselves, they have failed. Instead of buying the house, they burned it down.

The question before us is a relatively straightforward one, and the answer, at least to me, is equally straightforward. Can the Republic survive a Supreme Court that is both corporatist and nihilist?

The answer is no.

America may, as Rome did, go on as a great military power long after the Republic is dead. But democracy cannot survive if its own government turns on it and shuts it down. Corporatism, if we do not stop it, will be the death of democracy.

Nihilism, on the other hand, is such an unworkable social construct that it cannot govern at all. No society can survive as a nihilistic society. America will not go on as a great military power shorn of its democracy if nihilism prevails. America will fail horribly and fall into a debacle of ruin if it is governed by the forces of nihilism.

American civilization was so strong that it has taken these blows and kept on walking. But the Republic cannot operate forever under the governance of corporatism and nihilism. America can be destroyed, not from without, but by the corruption of its institutions.

That is exactly what we are facing with our corporatist/nihilist Supreme Court and its ugly war on government, of, by and for the people.

June 26, 2015
The Supremes Decision Enshrines Cultural Nihilism in the Constitution.
Next Post 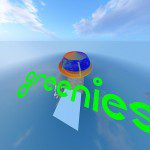 June 27, 2015 10 Ways I'm an Accidental Greenie. (Pope Francis, Are You Listening?)
Recent Comments
11 Comments | Leave a Comment
Browse Our Archives
get the latest from
Public Catholic
Sign up for our newsletter
POPULAR AT PATHEOS Catholic
1

The Opposite of Killing is Compassion
I have a friend I follow on social media, who is...
view all Catholic blogs
What Are Your Thoughts?leave a comment

11 responses to “The Supreme Court’s War on Government Of, By and For the People”